Jamaal Lascelles has vowed that Newcastle United will keep ‘fighting’ to avoid the threat of relegation after the Magpies captain rescued a point against Aston Villa on Friday.

Steve Bruce’s side have lurked on the precipice of the drop zone for much of this season, with Fulham, West Bromwich Albion and Sheffield United occupying the dreaded positions for the most part.

However, the Cottagers’ resurgence in form has onset a wave of nervousness in Tyneside. Injuries, uninspiring football and dressing ground bust ups have served to heighten fans’ fears of relegation to the Championship. 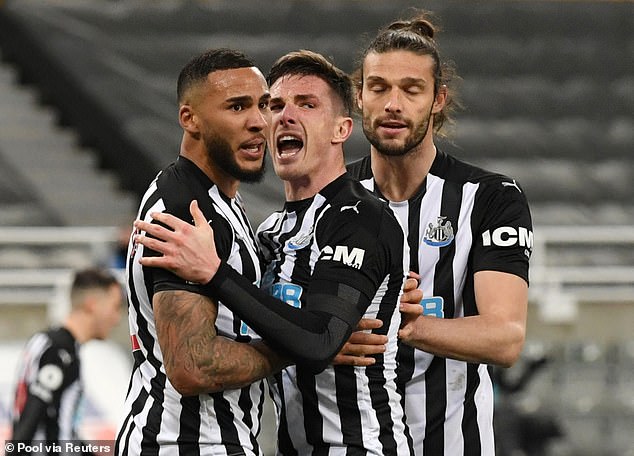 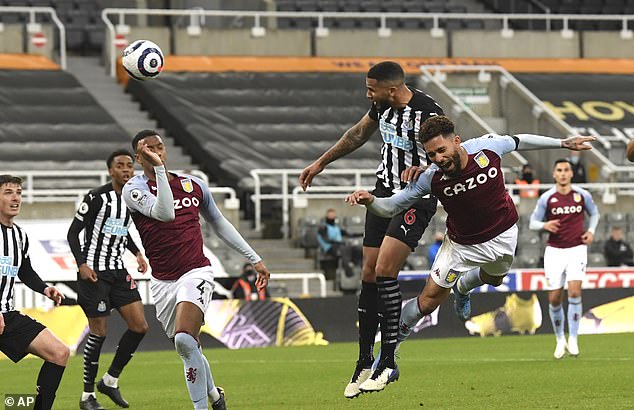 And the Magpies went close to leaving Friday’s contest against Aston Villa empty-handed after Ciaran Clarke put the ball in his own net with just minutes to spare.

Captain Lascelles, though, had other ideas, rising highest to meet a Jacob Murphy cross and power beyond Emiliano Martinez to rescue a point for the hosts with virtually the last kick of the game.

The 27-year-old hailed his side’s fighting spirit before calling on his team-mates to ‘start winning games’ after a run of three consecutive draws. 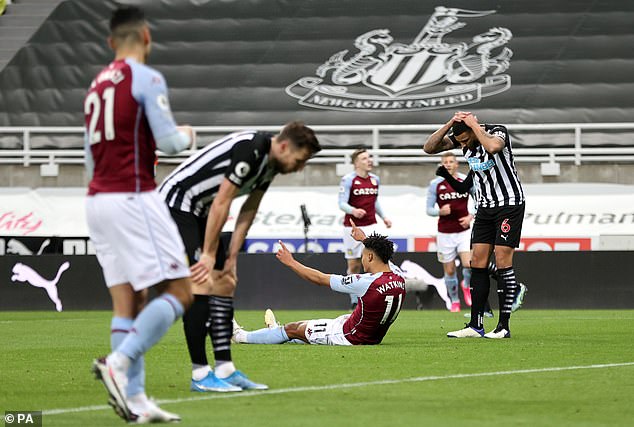 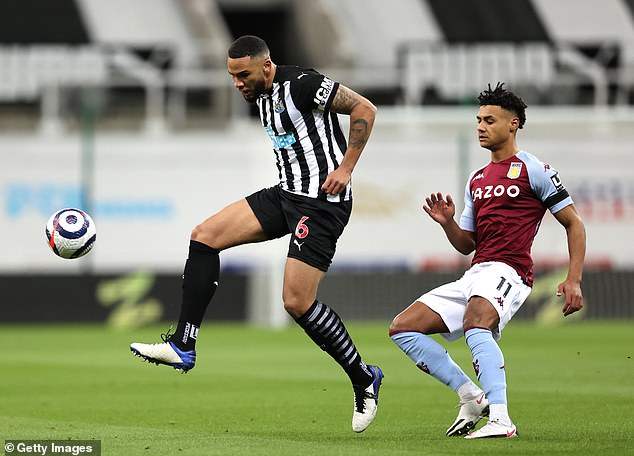 ‘Over the course of the game I thought we were the better team,’ he told BT Sport. ‘We had the better chances and the one chance they had it’s a deflection that goes in. That’s hard to take, but I guess that’s football.

‘We kept fighting to the end. Jacob Murphy crossed it and I just went for it, and considering we were 1-0 down it’s a good point to take.’

‘It takes character and leadership and we’ve got to stick together. We’ve got a really tight group. Performances have been better, we’ve had three draws but we need to start winning games.’ 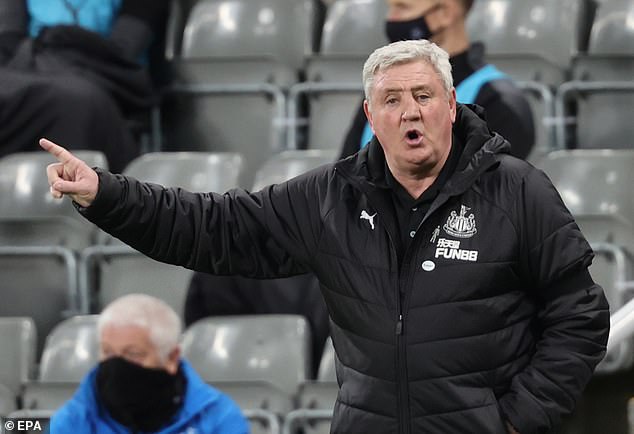 The draw opens up a two-point buffer to 18th-placed Fulham with ten games remaining this season. Bruce remains unmoved in his view that his injury-hit side will hold onto their Premier League status come the end of the campaign.

‘The one thing you have to do is show desire and hunger to get back in it and we did that,’ he told BT Sport. ‘It was the least we deserved.

‘Still 10 games [to go], we are unbeaten in the last couple, albeit draws. We have got to show the same attitude and with big players around the corner in a couple of weeks that’ll be a big help and I’m still convinced that we will be okay.’