Lazio claimed a Champions League place, ending a 13-year absence from the competition, when they came from behind to beat Cagliari 2-1 in Serie A on Thursday following five games without a win.

Serie A leading scorer Ciro Immobile netted the winner with his 31st goal of the season as Lazio, fourth with 72 points, clinched the final Italian place in Europe’s elite club competition next season.

The strike saw the 30-year-old Italy international take the lead over Cristiano Ronaldo in the race for the Serie A golden boot, with the Juventus star stuck on 30 after failing to find the net in his side’s 2-1 defeat to Udinese. 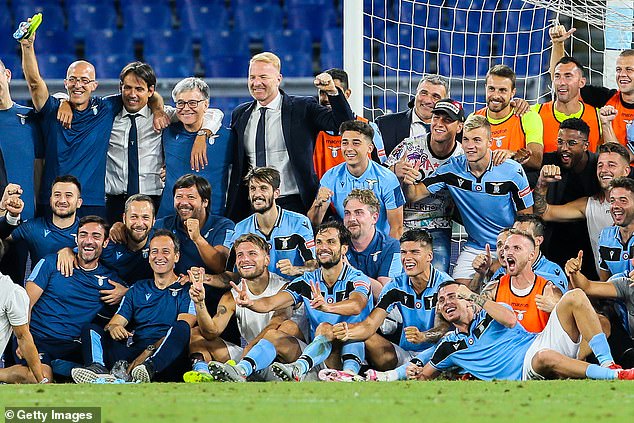 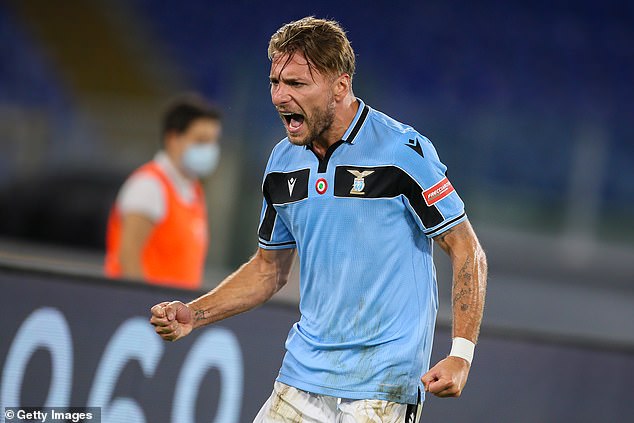 With three games left to play, Lazio still have a mathematical chance of overhauling leaders Juventus, who and have 80 points.

‘I’m happy, it’s right to celebrate reaching an important target for us which we achieved three matches in advance,’ said Immobile.

‘We are proud despite the difficulties we have faced after lockdown. This is something that Lazio haven’t achieved for years.’ 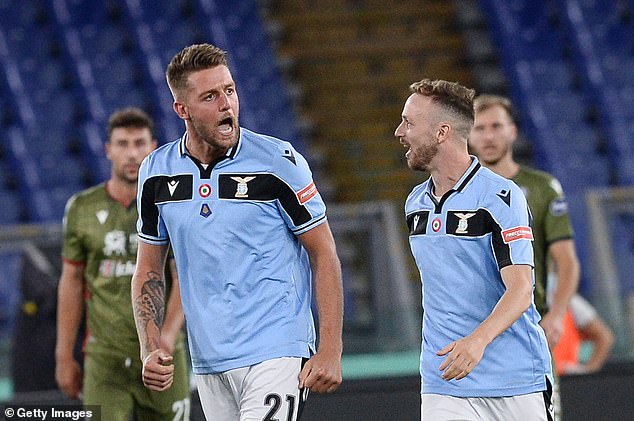 Cagliari forward Joao Pedro scored with a stunning free kick early on but it was disallowed because the referee had signalled it was indirect.

Lazio were kept at bay by Cagliari goalkeeper Alessio Cragno and were caught out when Giovanni Simeone gave the Sardinians the lead with a deflected shot at the end of the first half.

However, Sergej Milinkovic-Savic volleyed Lazio level two minutes after the break and, after hitting the post with a shot on the turn, Immobile latched on to Luis Alberto’s through ball to slot the winner past Cragno on the hour. 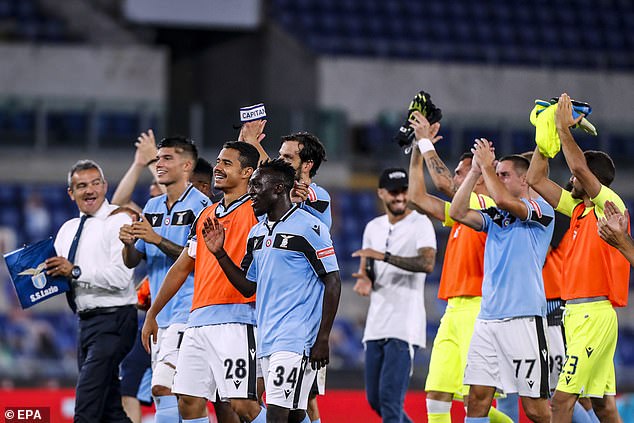 Premier League are going round in circles as decision deadline looms