LEAGUE ONE AND TWO ROUNDUP: Sunderland hit four past promotion rivals Doncaster while Southend escape the relegation zone with goalless draw against Cambridge

Sportsmail’s Tom Farmery gives the lowdown on all the action from League One and League Two as Sunderland win a crucial match in their fight for promotion while Southend took a valuable point at the bottom of the English Football League.

If Kyril Louis-Dreyfus wasn’t already sold on buying Sunderland, the 4-1 thrashing of promotion rivals should seal the deal. The 22-year-old son of former Marseille owner Robert Louis-Dreyfus is expected to complete his takeover this week, having been at the Stadium of Light for the demolition of Doncaster.

Striker Charlie Wyke scored all four goals to top the League One scoring charts with 17 for the season. 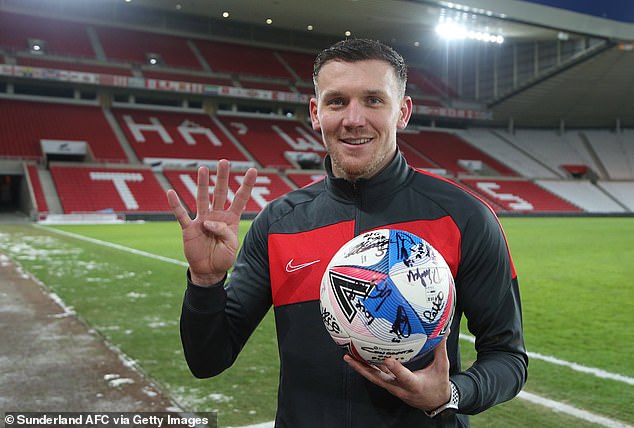 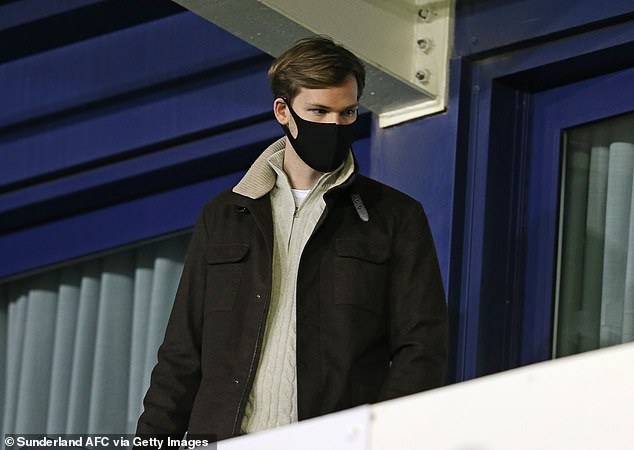 All four were assists by Aiden McGeady, who was praised by manager Lee Johnson. He said: ‘It was vintage McGeady. He’s always challenging but that’s what you expect from someone who has had a career like his.’

Charlton’s dismal run at the Valley continued as Kyle Dempsey’s 86th-minute winner for Gillingham condemned Lee Bowyer’s men to a sixth game without a home win.

The Addicks lost 3-2 and dropped out of the play-off places. But Bowyer said: ‘I think we are overachieving. So, if we don’t make the play-offs then obviously that’s a discussion with the chairman and owner.’

Burton won the battle at the bottom with a 2-0 victory over Northampton and are within two points of safety.

For only the second time, Southend escaped the relegation zone and boss Mark Molesley is confident they can avoid the drop. The Shrimpers have improved more than Barrow and Grimsby, who now occupy 23rd and 24th, though both sides have games in hand after being frozen off.

Molesley, who watched his side draw 0-0 at leaders Cambridge, said: ‘We’ve improved a lot but we needed to and we have to follow it up now.

‘There’s plenty of hard work ahead of us but it’s huge we’re out of the bottom two. Teams have games in hand so we’ve got to follow this up.’ 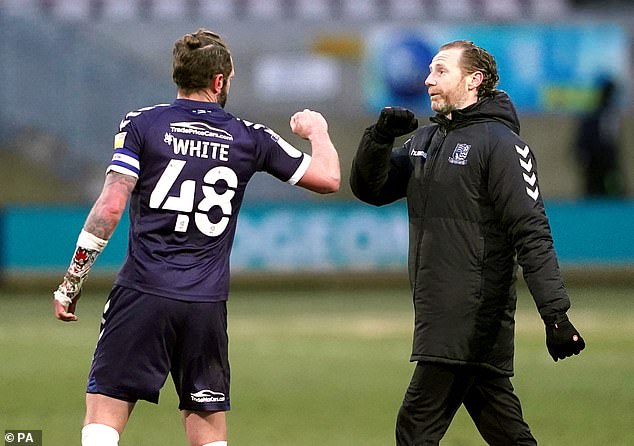 Bolton manager Ian Evatt has called upon his players to be more ruthless if they want to push for the play-offs.

A 1-0 win over Stevenage made it seven points from their last three games, thanks to Declan John’s seventh-minute goal.

But Evatt warned: ‘Unless we get the mentality of keeping our foot on the gas until we get ourselves safe in the game, we are going to cause ourselves problems.