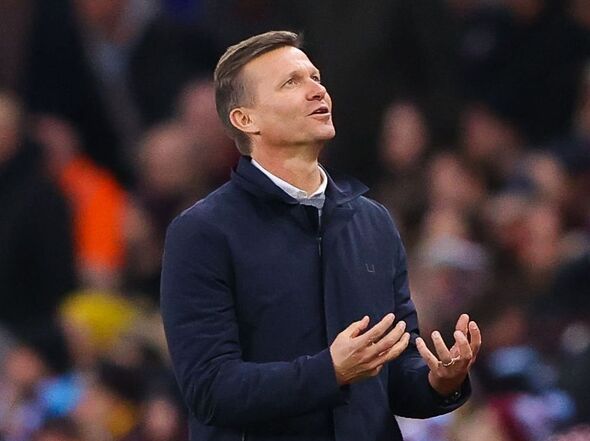 Leeds’ deal for Azzedine Ounahi is reportedly up in the air amid uncertainty surrounding the future of Whites boss Jesse Marsch. Angers SCO president Said Chabane is said to have travelled to England on Monday to speak to a Premier League club with the Yorkshire side the most heavily linked however the prospects of a deal have now come under question.

Leeds have already been active in the transfer window with RB Salzburg defender Max Wober and Hoffenheim striker Georgino Rutter both making the move to Elland Road. The deal for the Frenchman was particularly notable after he arrived for a club-record fee that could rise to £35million, smashing the previous benchmark of £27m spent on Rodrigo in 2020.

It had been suggested that Ounahi would be next to arrive with Italian publication Il Mattino stating they had offered £22m for the player’s services. Napoli and Leicester are also believed to be interested in adding the midfielder but were gazumped by Leeds, putting the club in the driver’s seat. Angers President Chabane was reportedly in England for talks with an unnamed Premier League club on Monday with Leeds his most likely destination.

However, the move is now in question with the club said to be weighing up the future of manager Jesse Marsch. The club are winless in their last five games and as a result, the head coach’s position has come under scrutiny.

The Daily Mail reports that their move for Ounahi has now been put on hold given the concerns over the managerial situation. They now risk ceding the initiative to Leicester and Napoli as the race for the 22-year-old’s signature hots up.

Ounahi was one of the breakout stars of the World Cup after a series of impressive performances in midfield for Morocco. The Angers’ man struck up a fantastic partnership with Sofyan Amrabat with the duo crucial in helping the Atlas Lions to become the first African team ever to reach the semi-finals of the competition.

Marsch has only been in the Elland Road hot seat for a year however he could soon be on the lookout for a new club amid a worrying run of form in the Premier League. The 49-year-old helped keep the club in the division on the final day of the season last year however another relegation battle is a near certainty in the current campaign with the side sitting just two points clear of the relegation zone.

There has been evidence that the fans are starting to turn against him with a small section calling for his removal during Friday’s 2-1 defeat to Aston Villa.

It remains to be seen how long Marsch will remain in his position and what effect this could have on Leeds transfer business throughout the rest of the window.

Derby takeover expected to be completed on Thursday