Leeds will have to pay £15m if they are to prise midfield target Lewis Cook away from relegated Bournemouth.

Bournemouth have already sold defender Nathan Ake to Manchester City for £41m, and goalkeeper Aaron Ramsdale to Sheffield United in an £18m deal, and are fighting off bids for several of their other stars.

Both Manchester United and Leicester want winger David Brooks, while striker Callum Wilson is being chased by Tottenham, Newcastle and now Fulham.

Cherries boss Jason Tindall has admitted the club will not “stand in anybody’s way” as long as they receive acceptable offers. 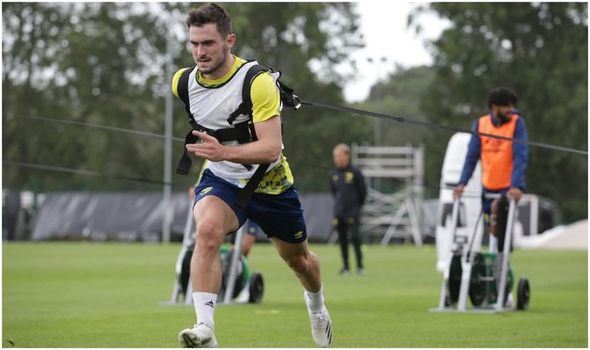 “In terms of Aaron and offers that come into the football club, each offer, each transfer is dealt with on an individual basis,” Tindall said when asked if the club would allow more departures if players express a wish to return to the Premier League.

“I think first and foremost there’s a lot that’s got to happen. We as a football club have got a value of what we believe for our players and if that value is met then players have got the opportunity to then discuss with whoever they need to discuss with and then make the decision they feel is right for them.

He added: “Until any offers come in for any players then they remain in Bournemouth regardless anyway. The squad are happy here. They know they’re at a fantastic club and it’s a club that’s going places and want to achieve something this year.

“I think when you’ve got that purpose as a player where you’re going into a season where you’re looking to be successful and achieve something, I think it’s a great thing to have and people want to be a part of that.”

Cook came through Leeds’ youth academy and made his debut at the age of 17 in 2014.

The York-born midfielder made 85 appearances in two seasons for the club before stepping up to the Premier League with Bournemouth.

Cook, who has one cap for England, is now wanted back at Elland Road following Leeds’ promotion and the Cherries’ relegation.