Leeds United have been handed a boost in the chase for Edinson Cavani. El Matador is a free agent after deciding to run down his contract with Paris Saint-Germain.

A new striker is on the agenda for Elland Road chiefs ahead of their return to the Premier League after 16 years outside the top flight of English football.

Owner Andrea Radrizzani has admitted he would love to recruit Cavani, despite claiming he has not spoken about the player with head coach Marcelo Bielsa.

“Beyond his quality, Cavani could contribute with his physique and adapt here, but I have never discussed him with the coach; We have certainly thought about it and we will see it, since he is still available in a free transfer.” Radrizzani told Sky Italia.

Leeds face competition from Benfica for the 33-year-old, who departs PSG as their all-time leading goalscorer. 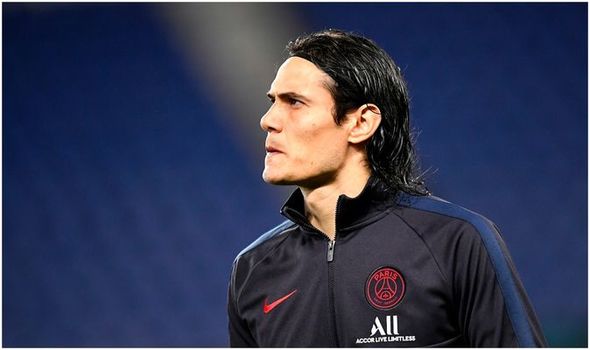 According to MARCA, the Portuguese giants are in talks with Cavani’s agent and have tabled an offer for his services.

The Uruguay international is unlikely to make the move to Lisbon, however, because his financial demands are unlikely to be met.

Leeds are also reportedly in talks with Cavani and a deal for his services would be their highest-profile addition of the summer.

The Whites completed a permanent swoop for Lorient goalkeeper Illan Meslier on Thursday to make the 20-year-old their second signing of the summer.

Helder Costa’s loan deal from Wolves was turned into a permanent arrangement before promotion was clinched.

Meanwhile, Manchester City loanee Jack Harrison is likely to extend his temporary stay at Elland Road for a third season.

Leeds are eager to retain Ben White’s services on a permanent basis but Brighton boss Graham Potter has ruled out their hopes.

“He’s our player, he’s got a long contract with us,” Potter said.