Leeds manager Jesse Marsch faces an awkward encounter with Chelsea’s Thomas Tuchel after saying ‘there’s a simple rule… I would be disappointed if he was allowed on the bench’ – only for his ban to be suspended!

Chelsea manager Thomas Tuchel could face a second awkward handshake in two weeks – after his touchline ban was suspended hours after Leeds United boss Jesse Marsch called for him to be sanctioned.

Leeds’ American coach Marsch used his press conference on Friday to suggest he would be ‘disappointed’ if Tuchel was on the touchline at Elland Road this Sunday – seemingly safe in the knowledge that he would not be.

But Tuchel has now been given the green light to manage his Chelsea team, with his one-match ban temporarily suspended until the Football Association provide him with the full written reasons for their decision.

Tuchel admitted to improper conduct and has also been fined $41,400 (£35,000), linked to the postmatch fracas which surrounded a handshake with Tottenham boss Antonio Conte at Stamford Bridge last Sunday. 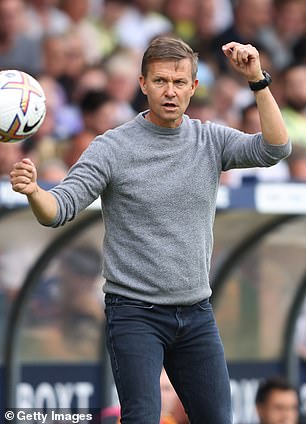 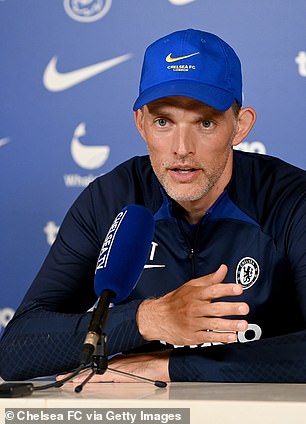 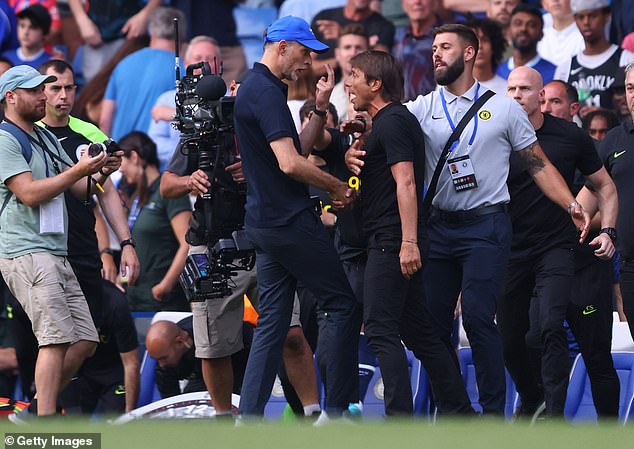 Tuchel and Conte were sent off – a decision Marsch is adamant should lead to a suspension for this Sunday’s Premier League clash.

‘He won’t be there, right? Are they saying he might be able to be on the bench?’ Marsch said, ahead of the FA ruling.

‘That doesn’t seem right does it? If you get a red card, you’re out of the match.

‘I will be disappointed if they allow him to be on the bench.’

Marsch, who has faced mockery over status as an American coach in the English Premier League, added a quick soccer-vs-football joke as he signed off on the matter.

‘There is a simple rule in football, whether it’s soccer or football,’ he quipped. ‘If you get a red card you can’t play the next match.’