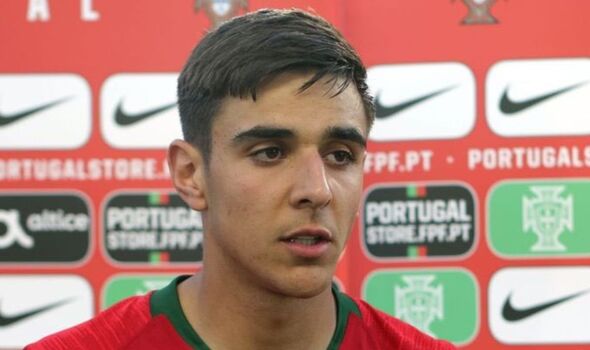 Leeds are reportedly preparing a bid for young Portuguese centre-back Diogo Monteiro, who plays his football for Servette in Switzerland. The highly-rated prospect has now emerged as a lead defensive target for the Whites as they continue to bolster Jesse Marsch’s underperforming squad to maximise their chances of Premier League survival.

Leeds have already signed Max Wober from RB Salzburg before also landing French forward Georginio Rutter from Hoffenheim in a club-record deal that could reach £35.5million with add-ons.

Now The Athletic are reporting that attention has turned to Monteiro, who has caught the eye of hawk-eyed Leeds scouts in Switzerland.

Gnoto has proved to be an instant hit so far in Yorkshire and he already looks essential in their quest for survival.

The 19-year-old attacker wowed Sky Sports commentator Gary Neville on Friday night in Leeds’ 2-1 defeat at Aston Villa as he continues to showcase his exciting skills and high potential on English shores.

Leeds have identified Monteiro as their next target as part of their ‘anticipating talent’ strategy that has seen the club invest more money in players for the future.

The 17-year-old ball-playing defender has already been capped by Portugal at youth level.

Monteiro was born in Switzerland and is already regarded as one of the finest talents in the Swiss Super League.

He has made three senior appearances in the Swiss top-flight this season as scouts continue to monitor his impressive development.

Leeds boss Marsch is under increasing pressure at the club following another poor run of form that sees them without a win in their last five Premier League matches.

Although the Whites are in 14th position in the Premier League, they are now just two points clear of the dreaded drop zone.

The board could yet invest in more signings despite already shelling out £40m on new recruits this month.

Moroccan World Cup star Azzedine Ounahi remains a player of interest but Angers would ideally like to keep their midfielder until the end of the season.

Napoli and Aston Villa are also reportedly battling Leeds for his signature as the race begins to intensify.

The Serie A leaders have already made a bid for Ounahi and would be prepared to let him return to Angers on loan until the end of the season.

Leeds, however, would be keen to sign the player immediately having submitted a verbal proposal – that is yet to have been accepted – worth close to £22m.