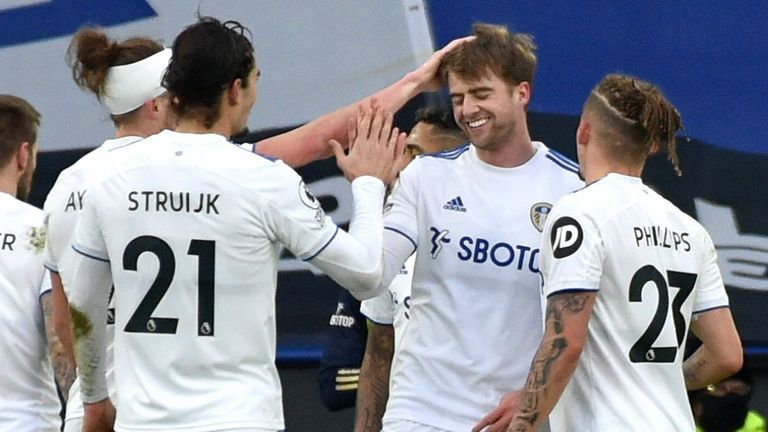 Patrick Bamford scored one and made two to give Leeds a 3-1 win at Leicester to prevent the Foxes from moving second in the Premier League.

In a frantic, direct first period, Leicester took the lead through Harvey Barnes strong run and low finish (13) having used James Maddison as a wall, but the visitors levelled almost instantly through Stuart Dallas sweeping finish from Bamford’s centre (15) from a classic Leeds counter.

The game settled for much of the second half, before Bamford, who hadn’t scored in four Premier League games, found the top corner from an angle with 19 minutes remaining.

Leicester had several clear-cut chances to level, but Bamford selflessly put the ball on a plate for Jack Harrison (84) to wrap up the victory during another sweeping, trademark Leeds counter-attack in another brave and entertaining display from Marcelo Bielsa’s side.

The result means Leicester stay third, two points off second-place Manchester United and five off leaders Manchester City, but having played a game more. Leeds remain 12th, but are just four points off the top six.

Leicester now go to Fulham in the Premier League on Wednesday at 6pm, before going to Wolves on Super Sunday, live on Sky Sports Premier League at 2pm.

Leeds host Everton at 7.30pm on Wednesday night in the Premier League, before a home clash with Crystal Palace on Monday Night Football, live on Sky Sports Premier League at 8pm.