In the week when the city’s inhabitants were told to re-enter isolation, Leicester’s players finally emerged from what has felt like their own post-restart lockdown.

Five games in and they now have a victory, not that the locals were able to toast this belated triumph.

While the rest of the country’s pubs were allowed to re-open on Saturday morning, those in the vicinity of the King Power Stadium remained closed for business, the government having imposed a local lockdown following a spike in coronavirus cases. 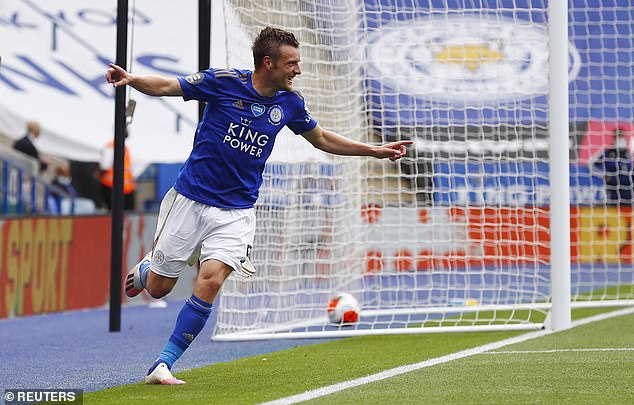 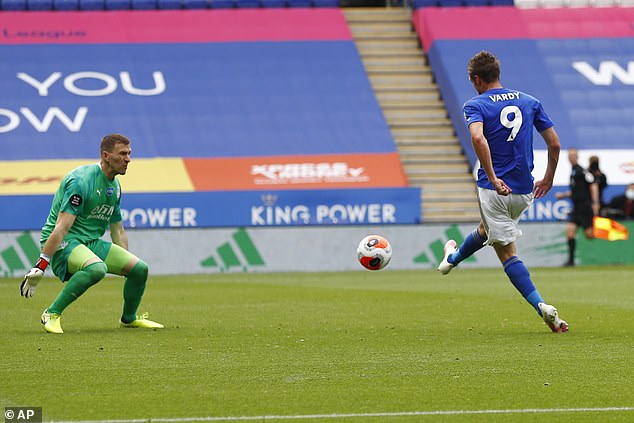 Leicester boss Brendan Rodgers says his players are protected from the fresh outbreak because they remain in their ‘bubble’. Well, they’ve certainly been in a world of their own since the restart.

Indeed, Leicester fans more than any other would have been choking for a barrel full of ale to ease the nerves brought on by a collapse in form that has threatened their Champions League ambitions.

But the doors were locked and lights off inside the Local Hero pub, 500 yards from the ground. Ordinarily on matchday, this place would be heaving, and even on Saturday it should have been showing the game, albeit in muted surrounds and with socially-distanced punters. 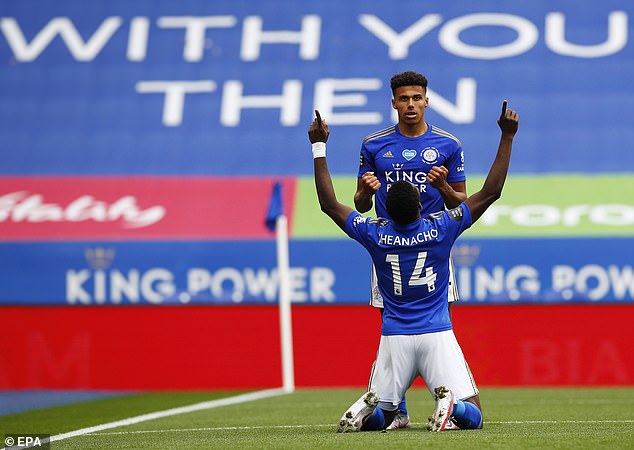 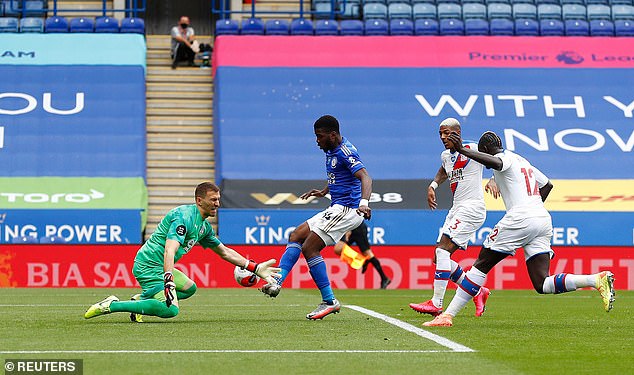 As it was, Kelechi Iheanacho was the local hero they would have cheered from their sofas, his second-half goal setting the Foxes on course for a win that keeps them in third position.

Jamie Vardy then ended the wait for his 100th Premier League goal and added another in stoppage-time.

The striker’s first had come gift-wrapped after a mistake by defender Mamadou Sakho, a slip that was symptomatic of a Palace performance that lacked energy, concentration and cohesion.

The road signs on the approach to Leicester advised that only ‘essential travel’ was permitted into the city, and it looked as if Palace’s players did not deem this fixture necessary at all. In fairness, perhaps that is a by-product of being safe in mid-table. 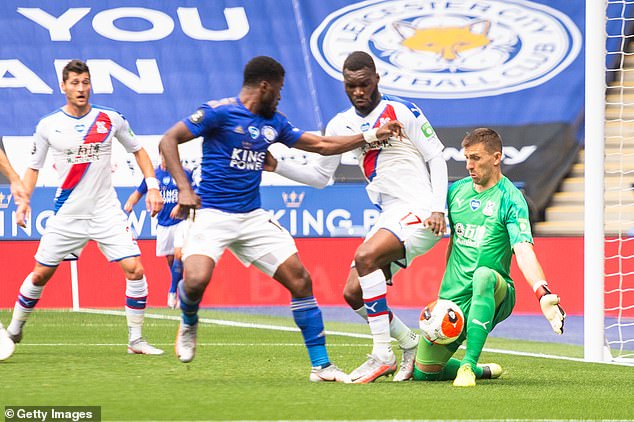 Roy Hodgson’s men were denied their customary morning walk because of the restrictions, but at least a few of them enjoyed a stroll once the action started.

It is, of course, fashionable for the first half to expire goalless of late, but these two teams could not even manage a shot on target between them in 45 minutes.

Palace have scored the fewest first-half goals in the division and the closest they came here was a Luka Milivojevic free-kick that shaved the angle of post and crossbar. 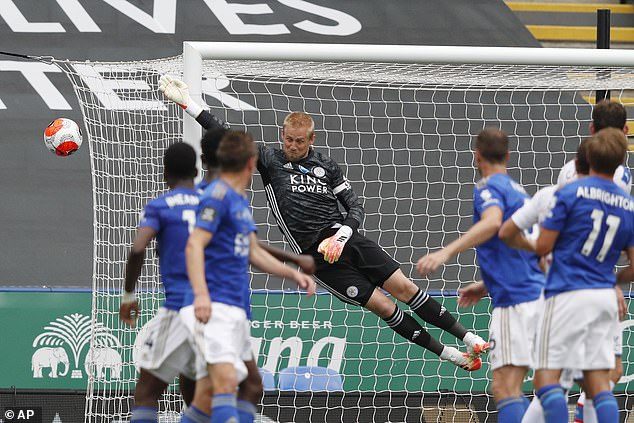 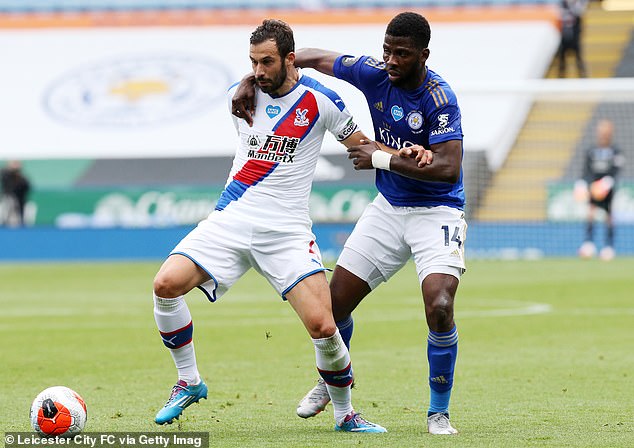 At the other end, Leicester defender James Justin did connect flush with the woodwork from 20 yards and Iheanacho was guilty of heading wide from just six yards out.

He made up for that when turning in from similar range on 49 minutes, climaxing an impressive attack in which Marc Albrighton and Ayoze Perez had combined to free Youri Tielemans, who provided the most teasing of deliveries for Iheanacho to finish.

Sakho then fell over inside his own area, allowing Harvey Barnes to steal before teeing up Vardy for a tap-in 13 minutes from time.

And Barnes was again the provider as he sent Vardy scampering clear and the Premier League’s top scorer took his tally for the season to 21 with a dink over Vicente Guaita.