Leicester City have said they regret angering supporters over the sale of tickets for the club’s first FA Cup final in more than 50 years.

The Foxes initially frustrated fans by announcing that anyone with a Leicestershire postcode who had a ticket would be forced to travel via an official club coach at a cost of £45 otherwise they risked being barred from Wembley.

However, the club announced on Saturday that they had underestimated the number of fans travelling from the county and the remaining 233 fans with tickets from an LE postcode were free to get to the game however they wished. 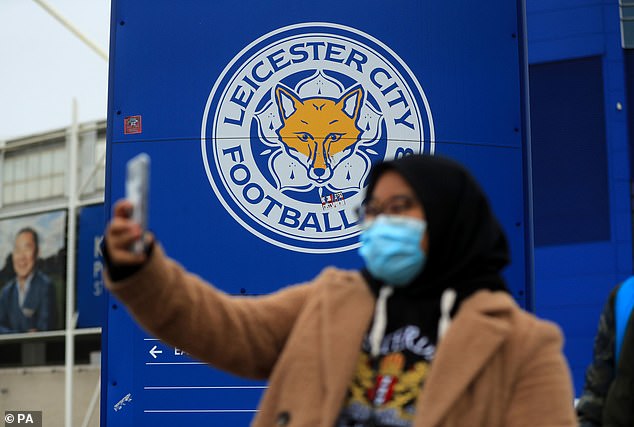 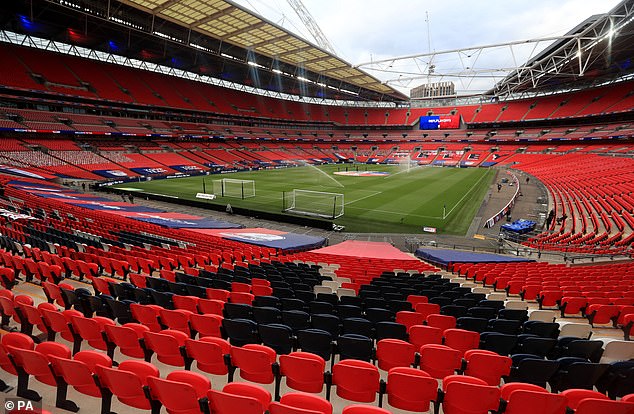 Leicester fans rushed to snap up all of the 6,250 tickets for their first FA Cup final since 1969, which have now sold out.

Supporters were already annoyed by the hefty £45, though the club insist this figure was heavily subsidised.

The FA Cup final is the last government test event before stadiums open at the end of the season and one of the criteria that needed to be followed was a certain number of supporters travelling by coach – a capacity set by the government.

Leicester, though, have been accused of misleading fans as their initial announcement made no mention of a quota and instead told all fans that those with a county postcode would be forced to take the coach. 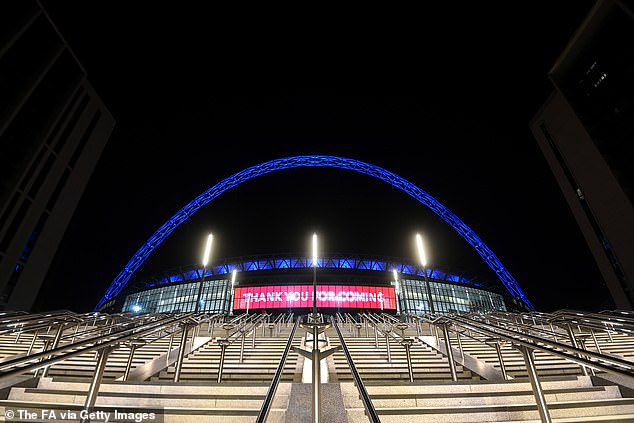 It is understood the club wanted to avoid fans waiting until the last minute to buy tickets to ensure they could make their own way to Wembley.

Fan group Union FS released a statement on Friday night stating ‘serious concerns’ about how the club had handled the process.

Leicester acknowledged they may have left fans frustrated by the arrangements but insisted they acted ‘in good faith’. 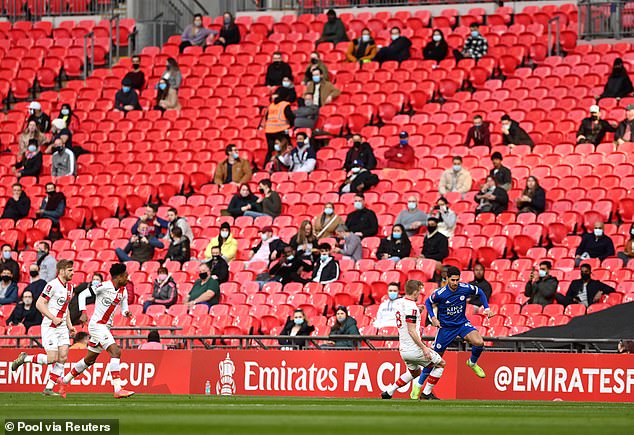 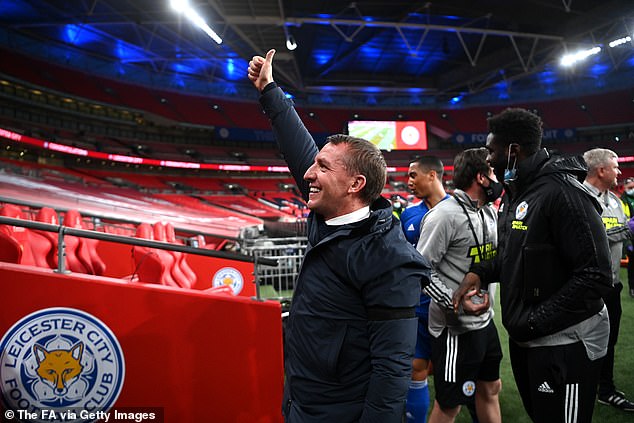 ‘Leicester City regrets that some LE-based supporters who were required to book onto coaches may have been frustrated that they were not presented with other travel options,’ the club said in a statement.

‘The club has acted in good faith throughout the sales process, working extensively with the FA and DCMS to ensure compliance with the ERP (Events Research Programme) requirements, and significantly subsidising the cost to supporters of mandated coach travel.

‘The club is grateful to supporters for their cooperation and support in respect of the government’s ERP requirements. Supporters are reminded that they must travel to the final using the method of transport designated during their ticket purchase, to ensure that all match tickets are correctly validated for admittance to Wembley Stadium.’

Greenwood complained about being 'utterly exhausted' before England withdrawal