Brendan Rodgers has revealed the influence Jose Mourinho had on him during his fledgling coaching career ahead of Leicester’s trip to Tottenham on Sunday.

The Foxes boss was an academy coach when Mourinho was Chelsea manager in the mid-2000s before embarking on his own managerial career.

And after almost guiding Liverpool to the title before enjoying success at Celtic, Rodgers moved to Leicester last year and has built the 2016 champions into contenders once more.

Leicester face Mourinho’s Tottenham on Sunday, live on Sky Sports, lying in fourth place, just one point behind their hosts.

On their time together at Chelsea, Rodgers recalled: “He was brilliant. It was a great opportunity for me to go to a club where the manager was a European champion.

“He was charismatic and very open in his communication with me, sharing his ideas.

“I was in pole position for learning, seeing someone who could work closely with players while still having their respect.”

Mourinho has stamped his mark on Spurs, turning them into a counter-attacking team rather than the swashbuckling side they were under his predecessor Mauricio Pochettino.

It has certainly proved effective with Tottenham looking primed to enjoy a concerted title challenge this season.

“He has top-class players who have clearly bought into the way he is working,” added Rodgers.

“Tottenham are renowned for playing a stylistic type of football, but I’m sure the supporters will be happy with the results.

“To ask players who are really talented to sometimes control the game without the ball is a challenge.

“Most top players want to have the ball. So that’s a skill in itself, to coach and manage players that there is a different way and teach them that by playing another way it’s possible to get a result.

“At Tottenham that is what you see. They have bought into it.” 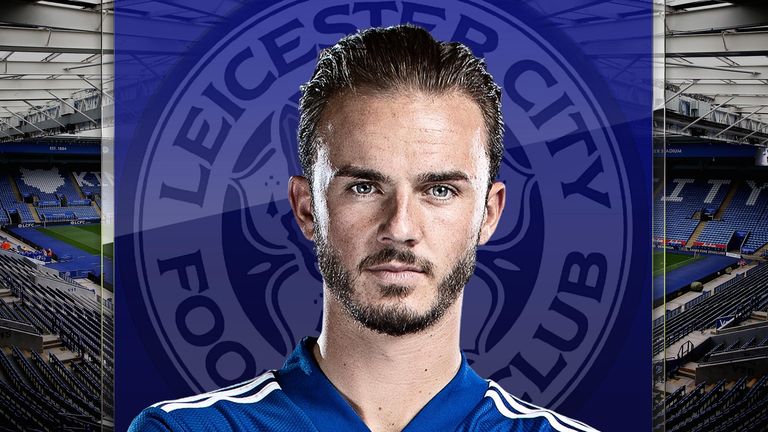 “He has got that touch of magic and touch of genius,” said Leicester boss Brendan Rodgers after James Maddison’s stunning strike in last week’s win over Brighton. “He is one of the biggest talents in the country and you saw that tonight.”

James Maddison has not been lavished with quite as much praise of late. There have been some spectacular highs, for sure. The delightful curled strike in the win at Manchester City and now his left-footer against Brighton, the latest reminder of his gifts.

But injury has curtailed his influence a little, with some minor knee trouble just last week. Maddison missed out on the England squad in November and the 90 minutes against Everton on Wednesday evening was only his third full Premier League game this season.

For Rodgers, having Maddison back fit, firing and flowing will elevate his side. Not that they are struggling as it is. Leicester go into the weekend inside the top four and with the opportunity to leapfrog last week’s leaders Tottenham with a victory in London on Sunday.

Maddison could be the man to pick the lock.