The LaLiga champions saw Antoine Griezmann sent off and a penalty in their favour overturned after a VAR check, as they fell to defeat in the Champions League clash.

After the game, the Argentine boss sprinted straight down the tunnel refusing to shake the Liverpool manager’s hand. 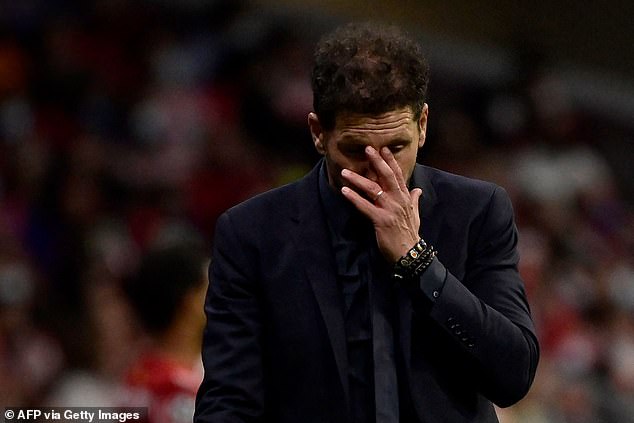 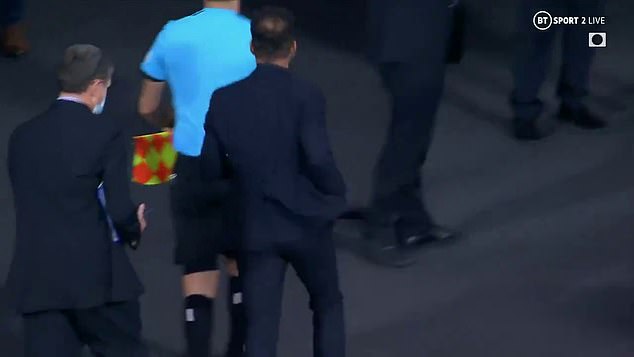 Klopp was seen holding out his hand and then gave a sarcastic thumbs up when Simeone ran down the tunnel, before the German went on to shake the hands of the Atletico players.

BT pundits Peter Crouch and Joleon Lescott were both disappointed that the Atletico manager didn’t shake the Liverpool manager’s hand.

Former Liverpool player Crouch said: ‘I respect him so much as a manager Simeone but I just think during the game, winding the crowd up, winding the players up, I understand it, but then not shaking hands at the end he lets himself down.’

Lescott described Simeone as ‘petty’ for his refusal to shake hands.

The ex-Manchester City defender said: ‘I think it’s petty. He handled himself well yesterday in regards to the remarks Jurgen Klopp made before the game but he didn’t seem phased by it.

‘But then not to shake his hand and then run off up the tunnel was a bit cowardly in my opinion.’

Tuesday’s game was the second clash in a row between the two sides which has turned out to be a dramatic affair.

After their previous meeting in which Atletico knocked out then holders Liverpool in the last 16 of the Champions League in 2020, Klopp questioned why the Spanish side had not played ‘proper football’. 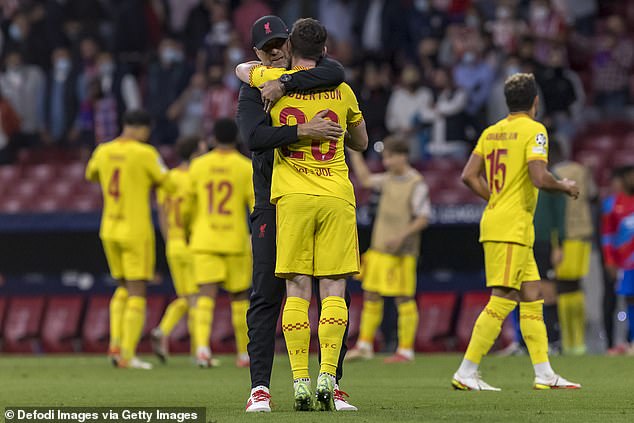 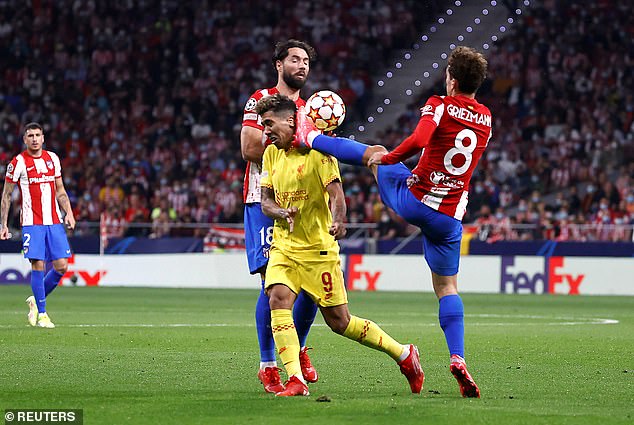 Klopp has since explained his comments were based on emotion at the time, with the match Liverpool’s last prior to the coronavirus pandemic causing a suspension to the football calendar.

The German did add though that he respected Simeone but wasn’t a fan of Atletico’s style of play.

When questioned on Monday about Atletico’s style, he responded:  ‘Do I like it? Not too much but I like a different style of football.

‘I don’t have to like it it just has to be successful but in very difficult times for football clubs, they have done an impressive job with signings, have a proper team and look for me like the champions again in LaLiga.’

Klopp’s comments on Monday came after Simeone’s press conference that day in which he refused to comment about what Klopp said back in 2020. 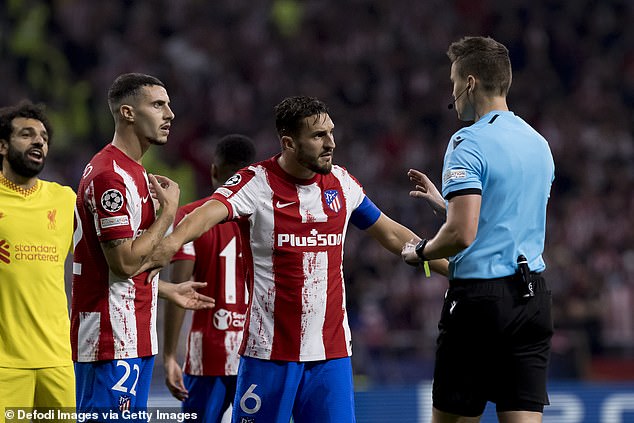 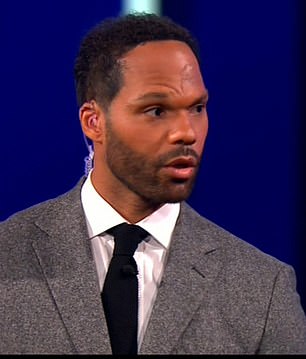 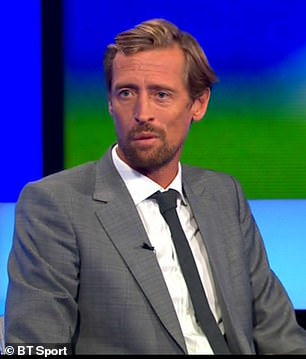 Simeone’s refusal to shake Klopp’s hands raises suspicions about whether the German’s comments back in 2020, as well as on Atletico’s style on Monday, played a part in his mind which led to his decision to ignore the Liverpool boss.

Klopp himself has played down the incident during his post-match conference, comparing it to his reaction after Liverpool’s Champions League exit to Atletico in the 2019-20 season.

He said:  ‘The situation is clear I wanted to shake his hand, he didn’t want to.

‘His reaction was for sure not right, mine (waving down the tunnel) was not too cool also, but we are both emotional, so when I see him next time we will shake hands definitely.

‘He was obviously angry, not with me, but with the game, it’s nothing else.’

The drama far exceeded early expectation, as Liverpool took a 2-0 lead through goals by Mo Salah and Naby Keita and looked like they would take a comfortable victory. 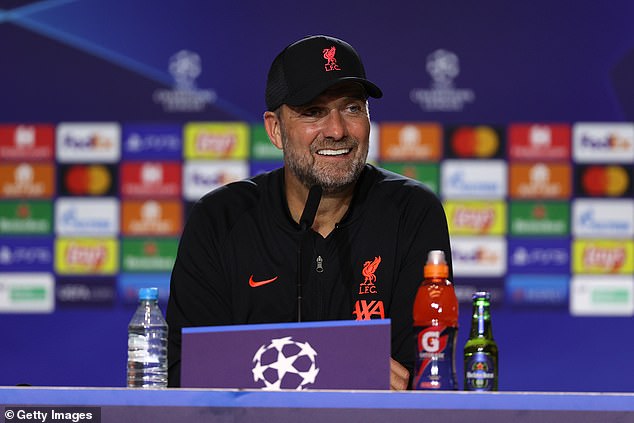 Atletico then kicked up a gear with Griezmann bagging a first-half brace to level the score, before he was then sent off after 52 minutes for a high boot on Roberto Firmino.

Atletico held out until Mario Hermoso gave away a clumsy penalty for a challenge on Diogo Jota, which led to Salah bagging his second goal to give Liverpool a 3-2 lead.

Jota then appeared to give away a penalty after a challenge on Jose Maria Gimenez only for VAR to overturn the decision – the third decision of the night to against Atletico.

Liverpool now sit top of the group with nine points, and a win against Atletico at Anfield in two week’s time would be enough to see them qualify.

The Spanish giants sit second in the group level on four points with FC Porto who took a 1-0 victory over AC Milan.