Thousands of people poured onto the streets of Lille on Monday to join together in celebration of the team’s stunning Ligue 1 title victory, claimed on the final weekend of the campaign.

Christophe Galtier’s side shocked French football this season by toppling giants PSG and stopping the Parisians winning a fourth consecutive title and an eighth in nine years.

Lille sealed the famous trophy with victory over Angers, sparking monumental scenes on Monday which carried on into the evening, past a locally imposed Covid-19 curfew. 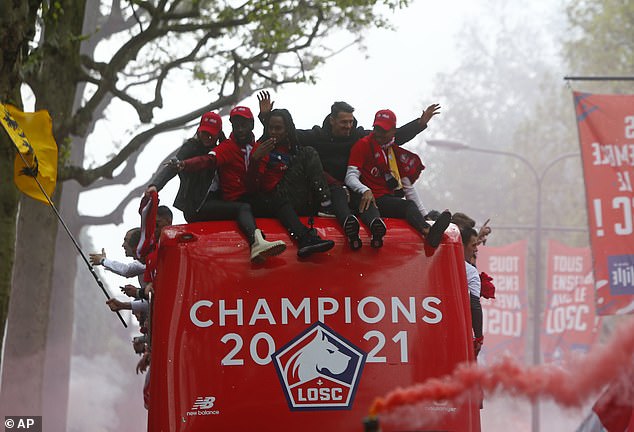 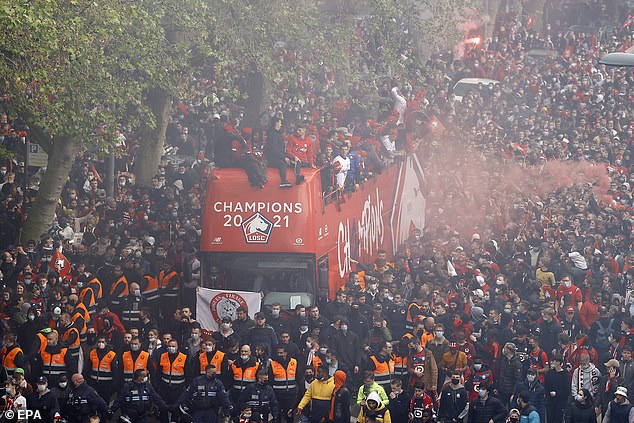 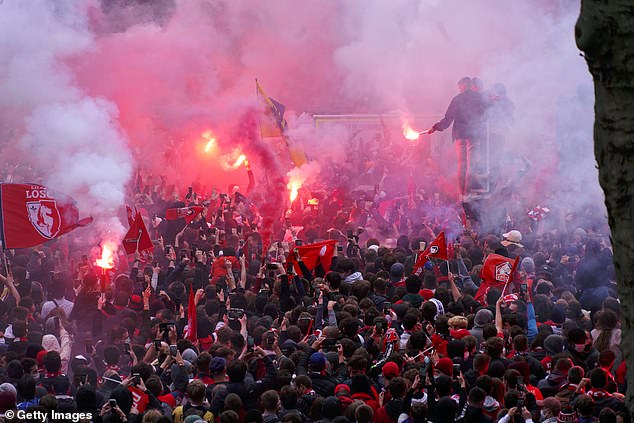 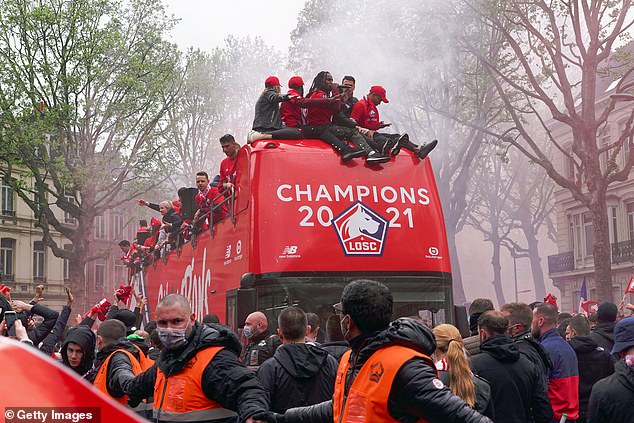 Police have also confirmed that seven arrests were made, while a number of people required medical attention.

‘The police had to make seven arrests, including one for ‘attempted homicide against the police using a vehicle’ said the region’s Government.

Three people were arrested for throwing projectiles, two for burning rubbish bins and one for possession of fireworks, it added.

Twenty people were treated by emergency services, including three who needed to be taken to hospital, the statement said. 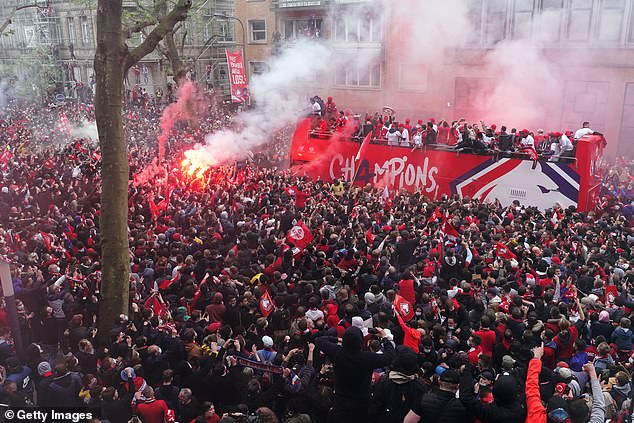 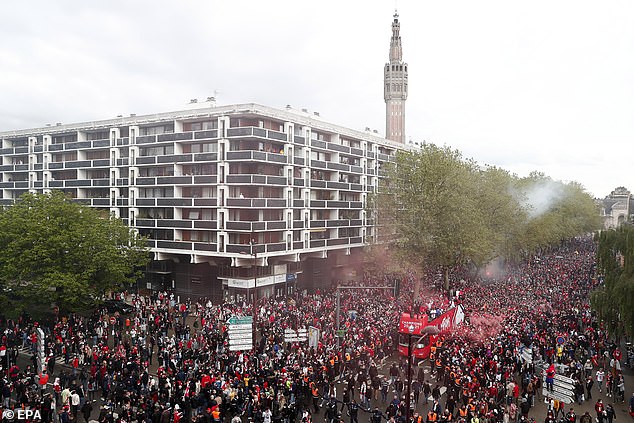 The police had set up a roadblock to control entry to the Grand-Place, the historic centre of the city, but supporters gathered anyway and were allowed to make their way into the square through side streets.

They waved flags and scarves in their team’s colours, in a red halo of smoke, to the sound of exploding firecrackers while singing ‘We are the champions’ and ‘Freed from desire’ and dancing.

The mood was generally festive and good-natured atmosphere, as Lille fans rejoiced in bettering France’s most dominant side of the modern era. 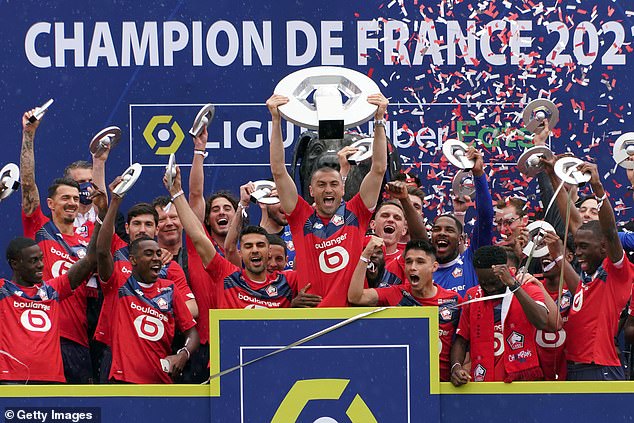 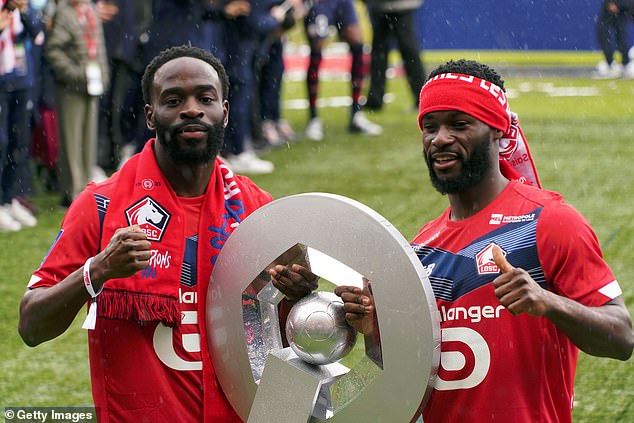 On Saturday, the regional prefect Michel Lalande had called on the people of Lille to ‘enjoy this moment of sport in complete safety, in a health context that is improving but remains fragile’.

He asked ‘everyone to continue to respect all the health measures in force and not to set off fireworks on the public highway.’

Arteta: Lacazette's future will be addressed at the end of the season