Lionel Messi responded to being benched with a second-half double as Barcelona ended a four-game winless streak in La Liga to beat Real Betis 5-2.

Barca’s captain was surprisingly left out of the starting line-up by coach Ronald Koeman, whose side were pegged back by the break when Antonio Sanabria cancelled out Ousmane Dembele’s superb opening strike on the stroke of half-time.

But Messi was brought on at the start of the second period and promptly produced a sublime dummy to allow Antoine Griezmann to tap into an unguarded net and put Barca back in front in the 49th minute.

The Frenchman had missed four chances before the break – including squandering a penalty – before making amends.

Messi, who had replaced Ansu Fati, then stretched their lead in the 61st minute by dispatching a spot-kick after Aissa Mandi was shown a straight red card – following a VAR review – for using his arm to block a shot from Dembele.

Betis set up a tense final 15 minutes when Loren slotted home from 10 yards, but Messi wrapped things up in the 82nd minute after a one-two with Sergi Roberto.

The playmaker was denied his hat-trick by an offside flag before midfielder Pedri added a fifth in stoppage time – the teenager’s first goal in La Liga. 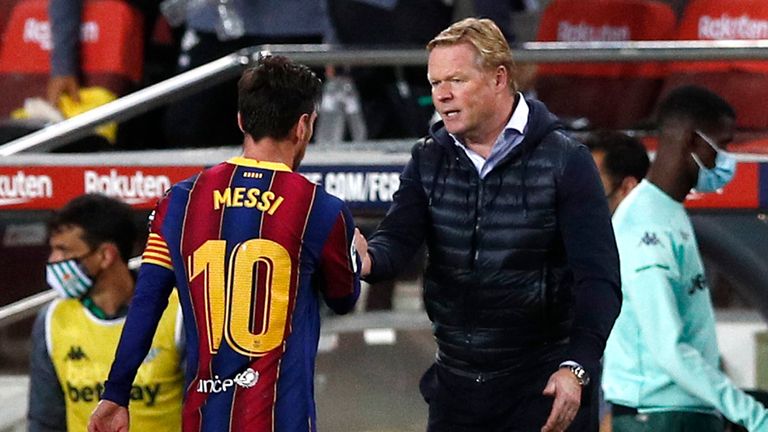 Barcelona boss Ronald Koeman: “Since yesterday we discussed that he (Messi) had some discomfort since the game against Dynamo Kyiv. We talked and decided that the best thing was to leave him on the bench in case we needed him. Without discomfort, he would have played.

“We know who he is and I have no doubts about him. I see him working every day. He was not fit enough to start today, but of course his presence in the second half was really important.

“We had many opportunities and missed the penalty and we only went in 1-1 at half-time. But in the second half we kept the team spirit and could have scored more than five.

“It is an important victory – we needed the three points after the last results. In general the team was good and the victory is deserved.” 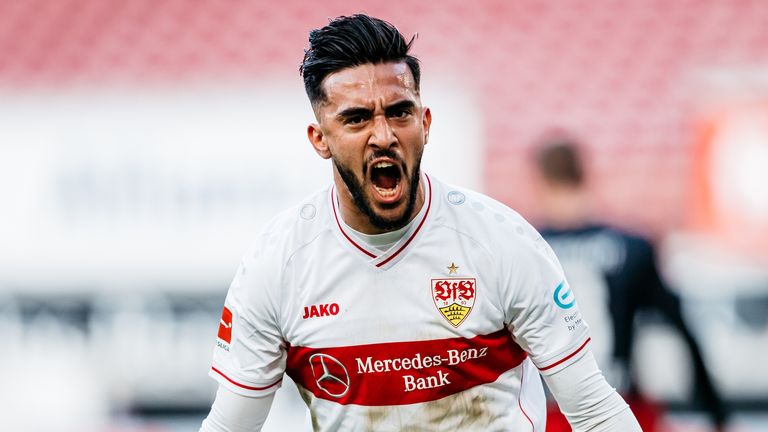 RB Leipzig maintained their 100 per cent home record in the Bundesliga this season as they outclassed Freiburg 3-0 on Saturday, capping the performance with a majestic free-kick from Angelino.

The win took Leipzig top of the table with 16 points, at least for a couple of hours until the Klassiker between Borussia Dortmund and Bayern Munich who are both one point behind.

Freiburg held out for 26 minutes until Marcel Sabitzer crossed to the back post where Nordi Mukiele headed it into the middle and Ibrahima Konate swept the ball home from close range.

Emil Forsberg and Kevin Kampl nearly added a second before half-time while Freiburg had only one goal attempt in the first half. Freiburg improved after the break but, just as they seemed to be getting back into the match, Nicolas Hoefler bundled Christopher Nkunku over in the penalty area and Sabitzer converted from the spot.

Wing-back Angelino curled a perfect free-kick over the wall to add the third in the 89th minute.

Bayern Munich forward Robert Lewandowski was on target again, taking his tally to 11 league goals this season, as the Bavarians came from behind to win 3-2 at old rivals Borussia Dortmund.

Bayern are top of the Bundesliga with 18 points from seven games, two ahead of RB Leizpig with Dortmund third on 15.

Meanwhile, Schalke 04 twice came from behind to cancel out two Mainz 05 penalties and draw 2-2 in their Bundesliga basement clash on Saturday, leaving both teams still searching for their first win of the season after seven games. Second-half goals from Joao Pedro and Nahitan Nandez gave Cagliari a 2-0 win over 10-man Sampdoria who had a player sent off before half-time in Serie A on Saturday.

The game swung Cagliari’s way in the 38th minute when Nandez intercepted a poor back pass and appeared to have a clear run on goal.

He was brought down by Tommaso Augello, who was initially given a yellow card which was changed to a red after a VAR review.

Cagliari went ahead three minutes after halftime when Joao Pedro ran into Lorenzo Tonelli and the referee awarded a penalty which the Brazilian converted himself for his fifth goal of the season.

The Sardinians thought they had added a third when Riccardo Sottil had the ball in the net but it was disallowed for offside following a long VAR review. The result left both sides with 10 points from seven games. Elsewhere, Spezia overcame Benevento 3-0 to move up to 12th place.