Lionel Messi’s future at Barcelona remains uncertain at the current moment in time. Yet Manchester City are reportedly already planning a presentation to celebrate his signing should they be able to bring him to the Premier League. The 33-year-old is fed up with life at the Nou Camp and feels he can leave for free.

Messi wants out of Barcelona this summer, having grown frustrated with the poor decision-making at the club in recent years.

Messi is unhappy at the decision to name Ronald Koeman as their next manager, too, and was also at odds with the appointment of Quique Setien in January.

And he’s displeased at the way Barcelona have treated close friend Luis Suarez, with the La Liga giants looking to terminate his contract.

In the background, lurking, is Manchester City. 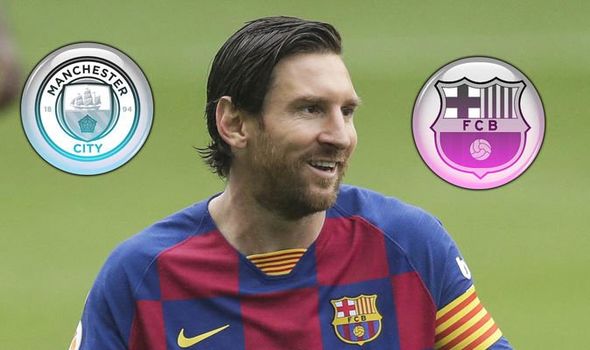 And journalist Marcelo Bechler, who broke the news of Messi wanting to leave the Nou Camp, has claimed Manchester City have ALREADY started planning a presentation over his signing.

“Manchester City is already preparing for what may come,” he said on Twitter.

“They have asked a large production company for archival footage of Messi to prepare audiovisual material, should the arrangement happen.”

Messi feels he can leave Barcelona for nothing due to a clause in his contract that allows him to leave for free at the end of every season.

A statement from La Liga disputed that, however, saying: “With regard to the different interpretations (some of which are contradictory) relating to the current contractual situation of FC Barcelona footballer Lionel Andres Messi that have been published across various media outlets in recent days, having analysed the player’s contract with the club, La Liga would like to clarify the following. 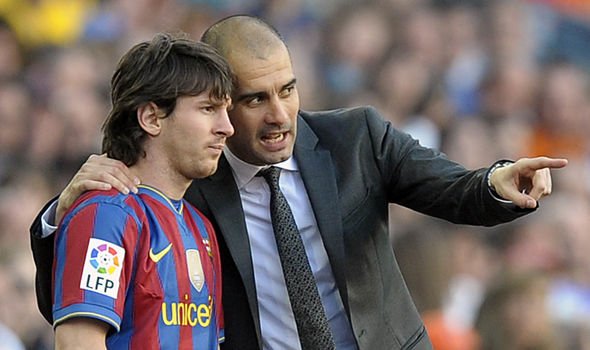 “The contract is currently valid and contains a release clause which is applicable should Lionel Messi decide to trigger the early unilateral termination of the contract, in accordance with article 16 of Royal Decree 1006/1985 of 26 June, which regulates the special employment status that professional sportspeople have.

“In compliance with the applicable regulations and protocol that apply in such instances, La Liga will not carry out the prior visa-release process for the player to be unregistered from the (Royal Spanish Football) Federation if the sum in the aforementioned clause has not been paid beforehand.”

Other reports have suggested there’s a loophole that Messi may be able to exploit, however.

And while Juventus, Paris Saint-Germain and Inter Milan have all been linked with the Barcelona star, it’s City who appear to be leading the charge.

Meanwhile, former Barcelona star Deco has urged Messi to ‘think about’ his future at the club despite already appearing to have made up his mind.

“He is a player who wants to keep winning and it will depend on what Barca does when it comes to offering him a competitive team. I haven’t spoken to him, but I’m sure that’s what he thinks.

“I think he has to think about his future at a sporting level. It is very difficult to make a decision because we are talking about the club of his life; it is not that he has been at Barca for three or four years.

“We are talking about the best player in the history of the club and his family is linked to the city. It’s not easy.

“But it is also clear that he wants to keep winning. We cannot imagine a Barca without Leo, but it can happen.”