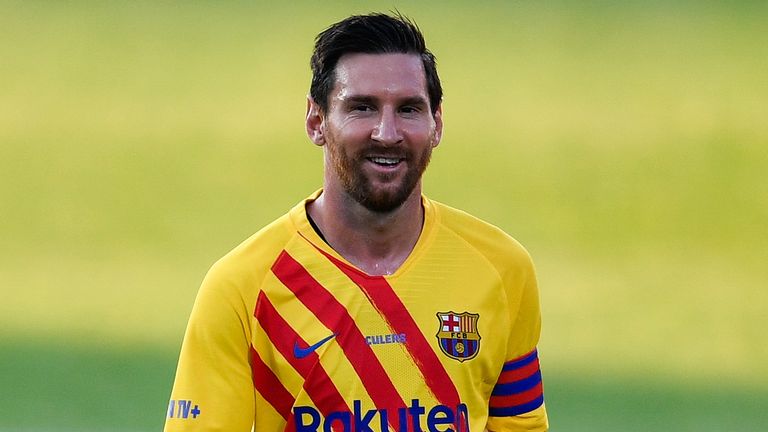 Lionel Messi wore the captain’s armband in his first match since he opted to abandon his plans to leave Barcelona as Gimnastic de Tarragona were beaten 3-1 in a pre-season friendly on Saturday.

Philippe Coutinho and Ousmane Dembele each made encouraging returns by scoring in Ronald Koeman’s first game in charge, but Luis Suarez and Arturo Vidal were left out of the squad as the club are still trying to offload both players.

French winger Dembele rolled the ball into the net to put Barca ahead in the sixth minute in his first appearance since November 2019, having undergone surgery to treat a ruptured hamstring tendon. 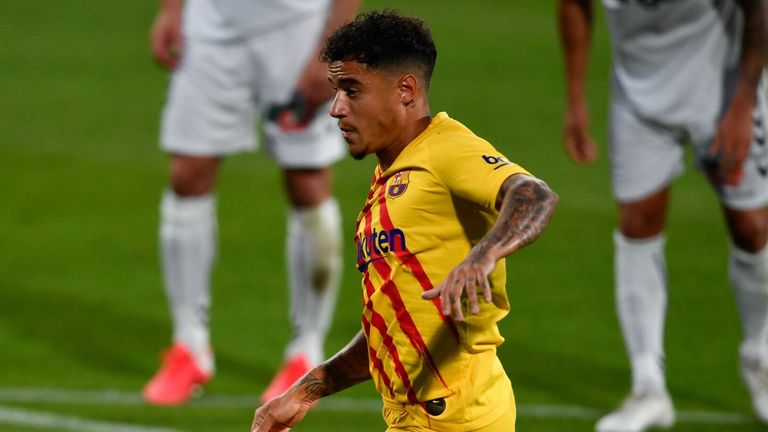 Antoine Griezmann added to Barca’s advantage by converting a penalty in the 16th minute although defender Javi Bonilla scored a superb goal from the edge of the area to pull one back for Gimnastic on the half-hour mark.

Club record signing Coutinho got the third goal in the 51st, also from the penalty spot, making his first outing for the team since returning on loan from Bayern Munich, with whom he scored two goals in last month’s 8-2 thrashing of Barca in the Champions League quarter-finals.

Koeman, who changed his entire team at halftime by making 11 substitutions, gave debuts to 17-year-old forward Pedri, new signing Francisco Trincao and American forward Konrad de La Fuente, 19, who stepped up from the club’s reserve side. 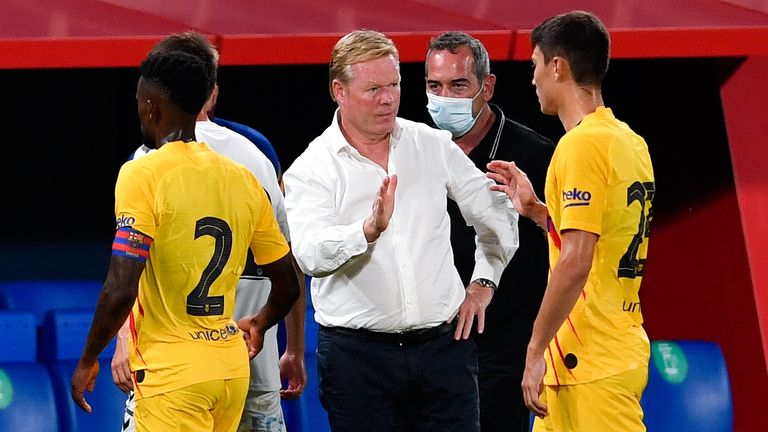 Barca are sitting out the first two weekends of the new La Liga season which began on Saturday due to participating in the Champions League ‘Final Eight’ tournament last month.

They face Girona next Wednesday in another friendly before making their league bow against Villarreal on Sept. 27. 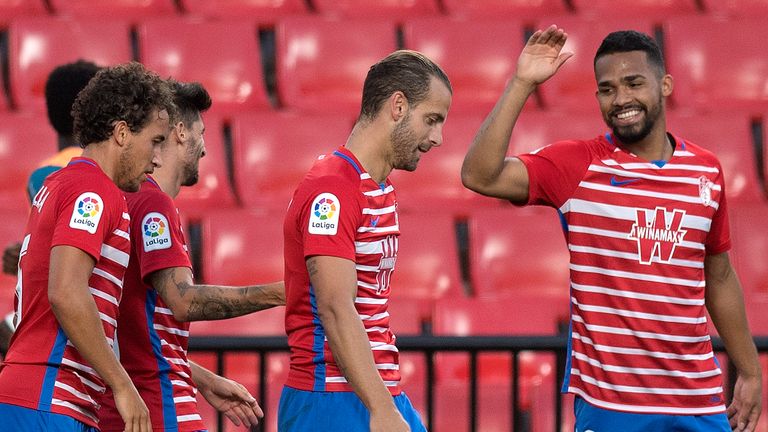 Granada beat Athletic Bilbao 2-0 at home on Saturday on the opening day of the La Liga season, beginning the new campaign as they had ended the last.

Venezuelan midfielder Yangel Herrera put Granada ahead early in the second half with a glancing header before Luis Milla doubled their advantage with a thumping effort from outside the area.

Athletic’s star man Inaki Williams was surprisingly left out of the starting line-up by coach Gaizka Garitano but the forward came closest to scoring for the visitors when he did come off the bench, striking the bar with a shot with his knee.

Granada had thrashed Athletic 4-0 at home in their final game of last season to finish seventh in the standings and qualify for European competition for the first time in their history.

The match was supposed to be the league’s opening game on Friday but less than 48 hours before kick off it was switched to Saturday after the Spanish soccer federation ruled matches could not be played on Fridays or Mondays.

Eibar draw 0-0 at home to Celta Vigo in the first game of the season earlier on Saturday, while promoted Cadiz host Osasuna later on. 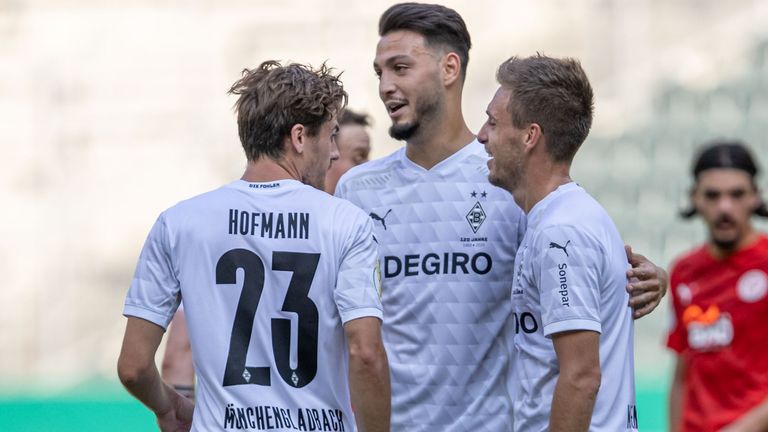 Borussia Monchengladbach, Augsburg and Cologne enjoyed big wins over lower-league opposition to book their places in the second round of the German Cup on Saturday.

Gladbach warmed up for their Bundesliga opener against Borussia Dortmund next weekend by routing fourth-tier Oberneuland 8-0, Augsburg thrashed fifth-tier Eintracht Celle 7-0, and Cologne enjoyed a 6-0 win over fourth-tier Berlin-based Altglienicke.

Up to 300 supporters were allowed at each game in Monchengladbach and Cologne, while there were none in Augsburg’s empty venue.