La Liga leaders Barcelona return to action this evening for the first time since the coronavirus break when they take on strugglers Real Mallorca. Lionel Messi may be extra fired-up for this clash given he was angered in the reverse fixture in December.

Mallorca boss Vicente Moreno claims he angered the Argentine at the Nou Camp during a first-half spat.

The pair clashed again at half-time when the Argentine warned he would tear Los Bermellones to pieces in the second half.

Messi went on to score a hat-trick and he will be desperate to inflict further punishment tonight.

“My players told me after the game that I had been the culprit for the defeat because I had angered Messi,” Moreno revealed in a YouTube interview with Edu Pino.

“He was angry and, in the tunnel at the break, he told me they were going to score seven and he told Luis Suarez that they had to score seven. 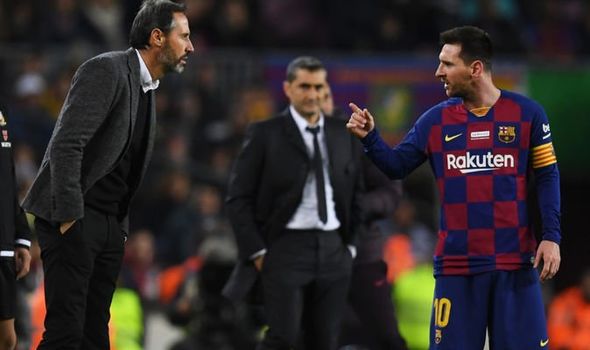 “They did not manage to do it, but he scored three. He is the best player in the world.

“Look at his genius, his character and his rage wanting to win and what happened gives it more value. This time I will not get into fights. It’s no good for me.”

Mallorca are fighting for their La Liga survival as they sit 18th in the table, one point from safety,

In the reserve fixture with Barca, Los Bermellones were thrashed 5-2.

Messi had to pass a late fitness test after only returning to full training this week.

“He’s trained well, there is no problem.

“Messi and a lot of these players know how to gauge things and how to save their strength when necessary. 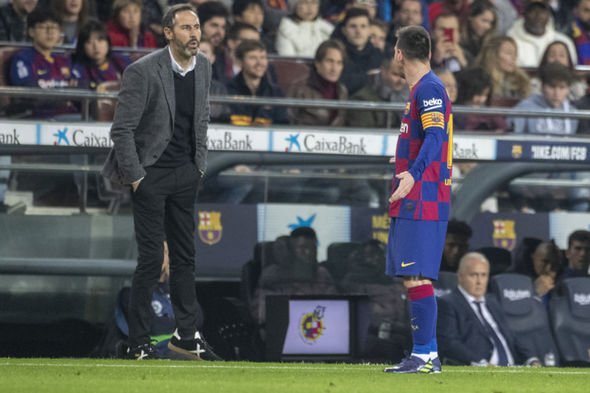 “As for breaks, we’ll see. For some, the more time they’re on the pitch, the better.”

Barcelona will look to move further ahead of Real Madrid at the top of the table with a victory over Mallorca.

The Catalan giants only have a precarious two-point lead at the summit.