The Argentine wizard scored once and added two assists as Quique Setien’s side stretched their lead at the top over rivals Real Madrid to five points.

After a three-month hiatus due to the coronavirus pandemic, it did not take long for the champions to seize the advantage, Arturo Vidal’s diving header after a minute put them ahead at the Son Moix.

Danish international Martin Braithwaite scored his first goal for the club to double the lead before a classic Messi-Jordi Alba combination saw the flying left-back add a third with 11 minutes remaining.

Messi then grabbed one for himself in stoppage time via a deflection, bringing up the 20-goal milestone for the 12th consecutive season.

Alba then insisted while the win was pleasing, the focus is now on the final 10 games which are all “must-win”. 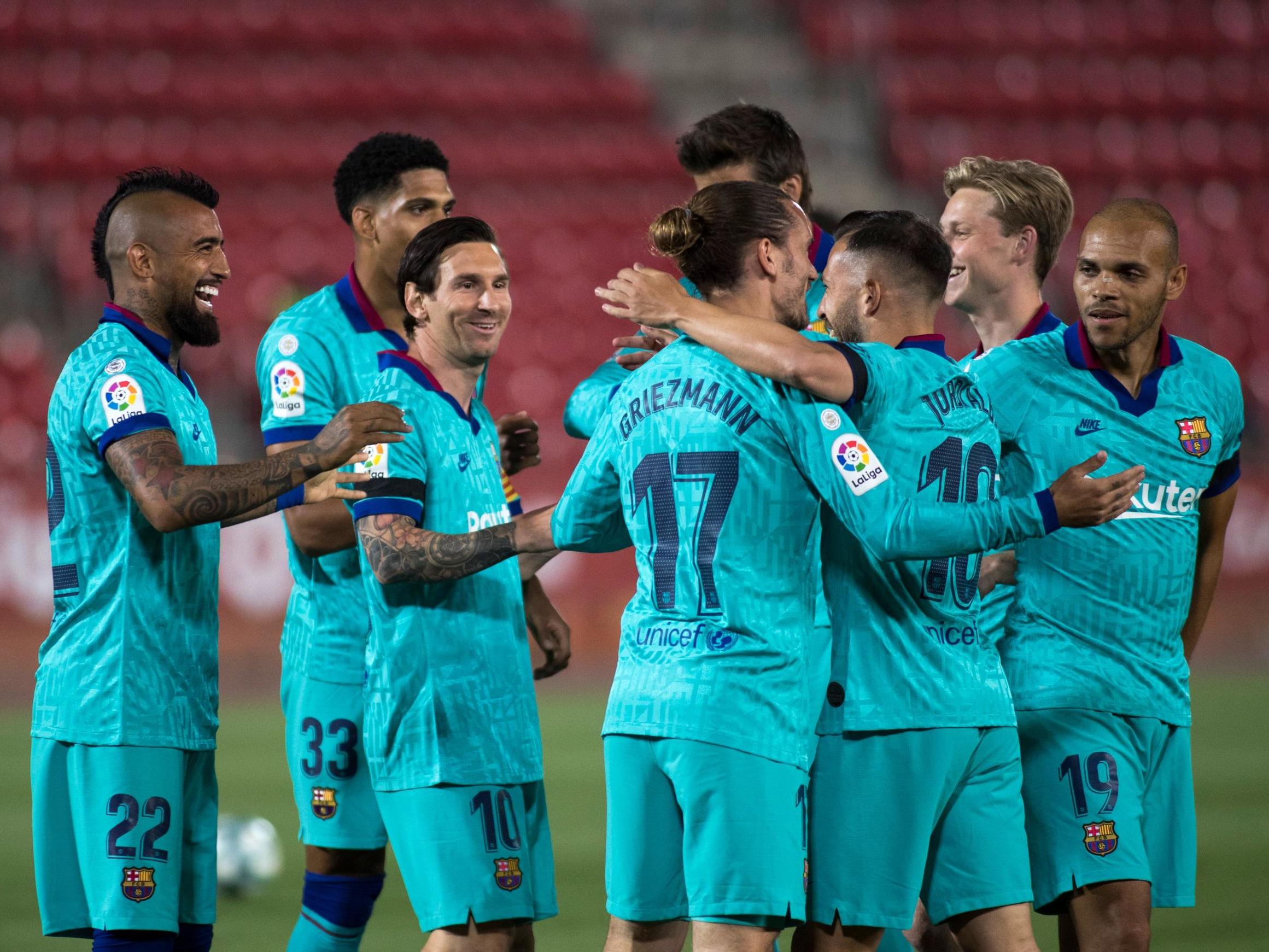 “We controlled the game and it was a great performance after not competing for three months,” Alba said.

“We now have 10 must-win games to go and we are really looking forward to them.”

Despite no fans due to restrictions in place to limit the spread of Covid-19, a fan wearing an Argentina shirt somehow entered the pitch before being escorted away.

While Luis Suarez made a return off the bench following six months out with a knee injury.

Attention in La Liga now turns to Real Madrid, who will be desperate to close the gap to two points with a match against Eibar at the Alfredo Di Stefano Stadium, which will be their temporary home for the remainder of the season while work is completed at the Santiago Bernabeu.

Ian Evatt interview: The manager turning Bolton back in the right direction

Is Burnley vs Manchester United on TV tonight? Kick-off time, channel and how to watch Premier League fixture