Luis Suarez became Barcelona’s all-time third top scorer with his 195th goal for the club – it may yet turn out to be one of his most important.

On 56 minutes he was in the right place to drill the ball low past Diego Lopez and earn his team a win over Espanyol that relegates their city neighbours and puts Barcelona just one point behind Real Madrid having played a game more.

It was hard-fought for Barcelona. They had Ansu Fati sent off at the start of the second half and even though Espanyol almost immediately had Pol Lozano sent off too there was a nervous few minutes of holding on at the end. 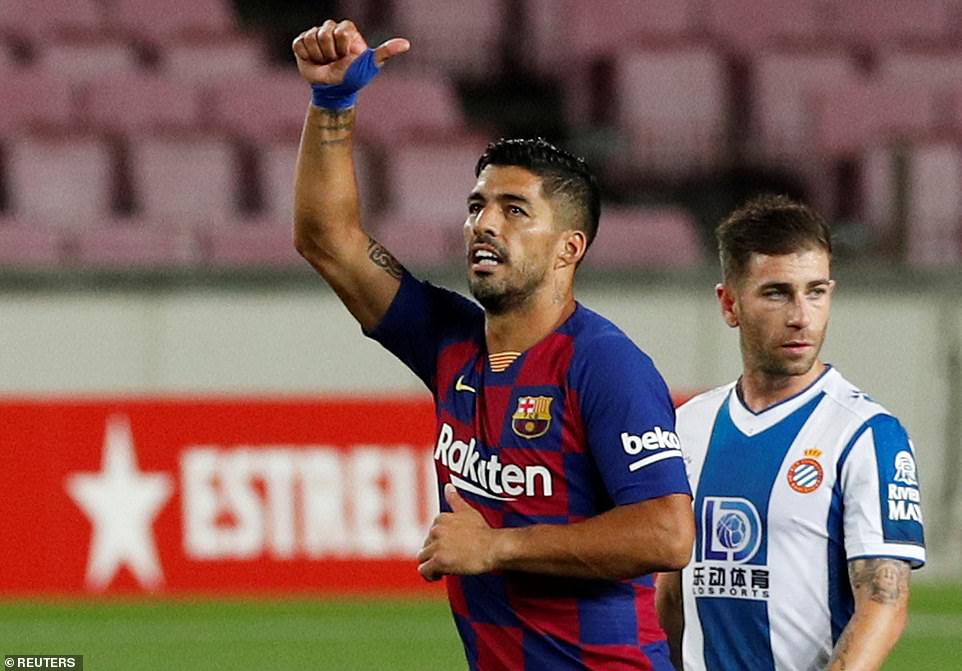 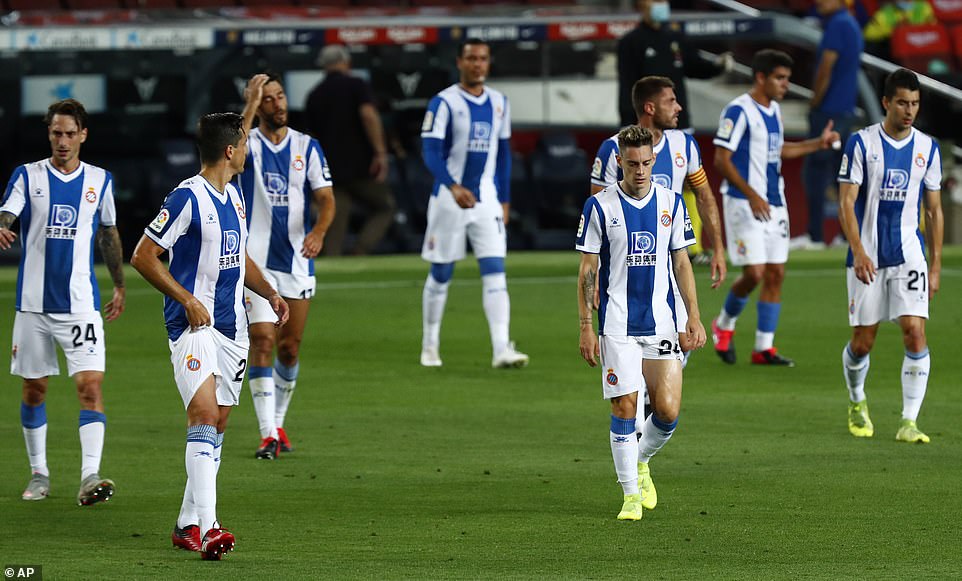 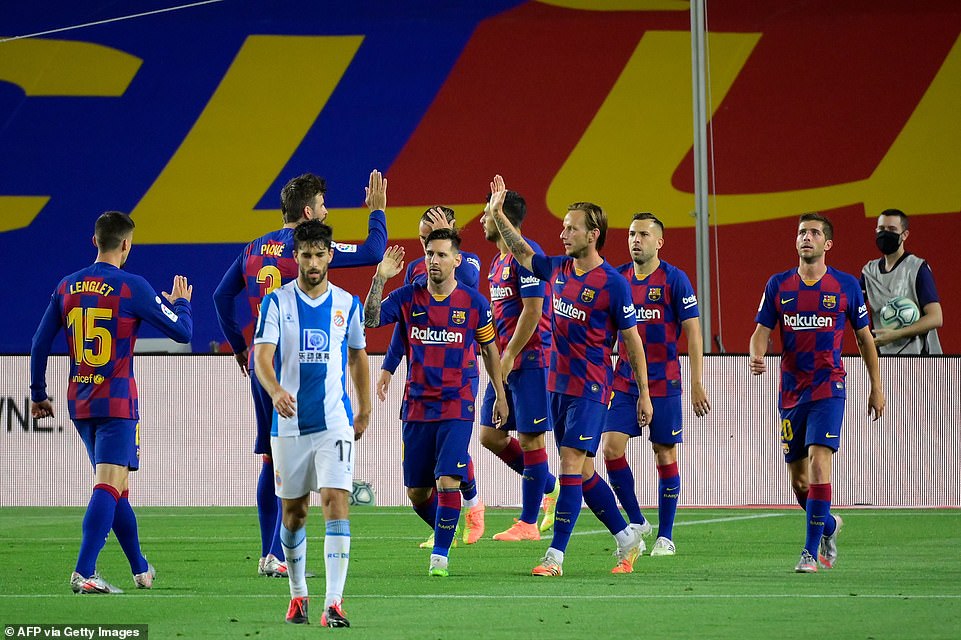 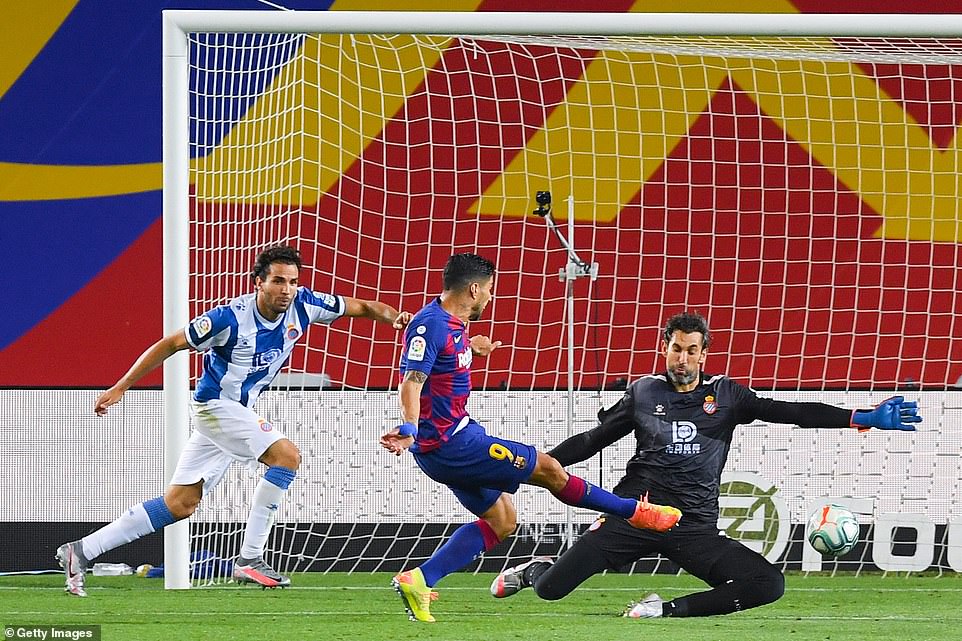 The goal was once again the product of Barcelona’s front three – they have left it late to click but they were brilliant against Villarreal at the weekend and they all played a part in the winner.

It was Antoine Griezmann who played the clever back-heel into the path of Messi. His shot was blocked but when it rolled out to Suarez he kept his head and hit the target.

‘We knew this would be difficult because we put so much in to the game that we played on Sunday against Villarreal,’ said Suarez.

‘They played with five at the back and were very hard to break down but we found more space in the second half. Our intention now is to win our final three games and let’s see if the rival slips-up.’

Real Madrid face free-falling Alaves at home on Friday. They then go to Granada before hosting on-form Villarreal. Their last game is against Leganes who will probably already be relegated.

Barcelona go to Valladolid on Saturday before hosting Osasuna and then finishing their season against Alaves.

They had chances in the first half through Messi and Suarez. Messi sent a free-kick just over Diego Lopez’ crossbar and Suarez was put through by Griezmann but had his shot deflected wide.

But bottom club Espanyol threatened on the break too. Marc-Andre Ter Stegen had to save well from Adri Embarba, and Didac Villa hit the foot of a post on one lightning breakaway just before the break.

Barcelona coach Quique Setien put Ansu Fati on at half-time but he was off again after just five minutes when his studs-up follow through, having won the ball, against Fernando Calero was harshly judged to be a straight red. 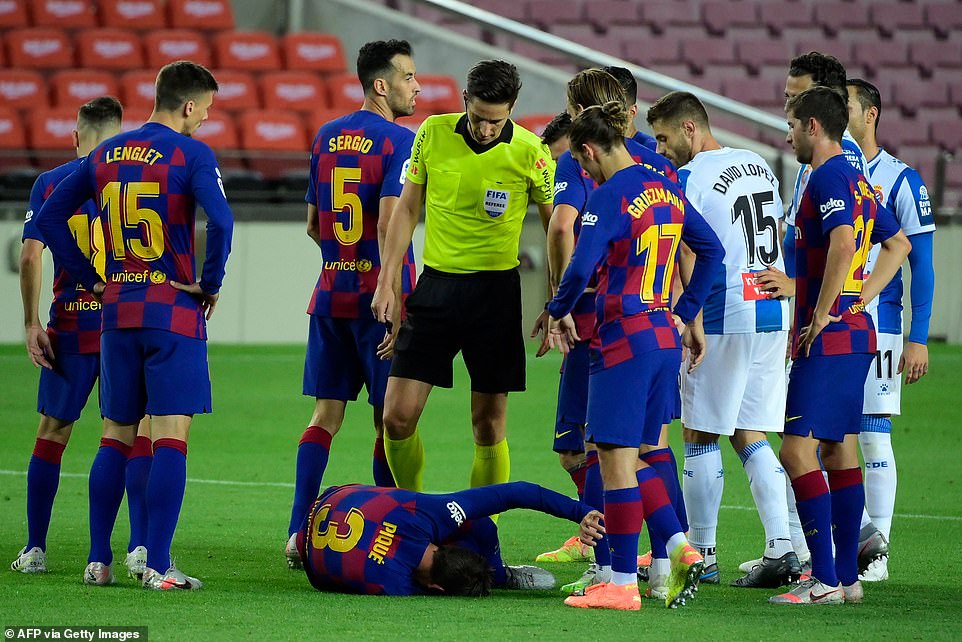 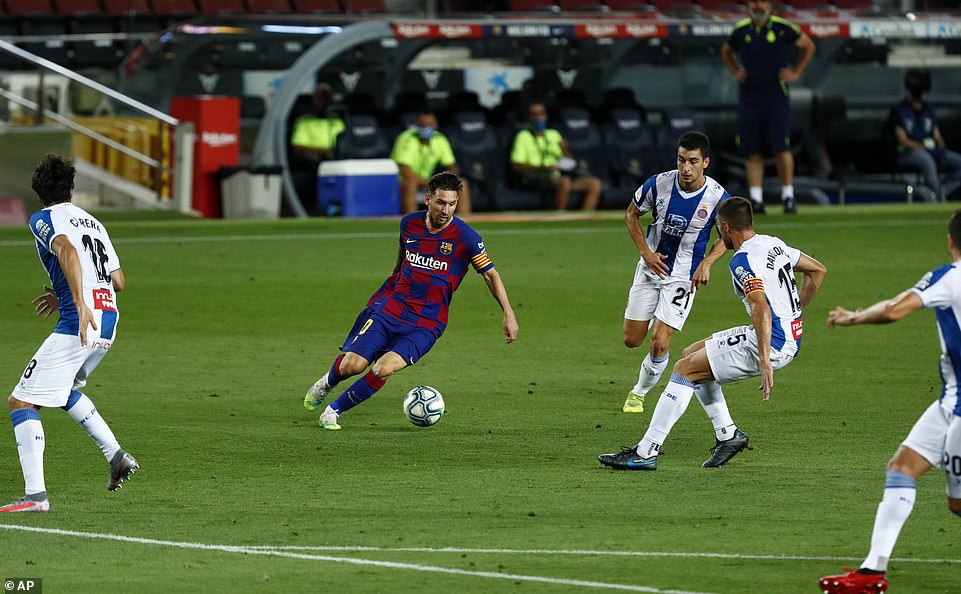 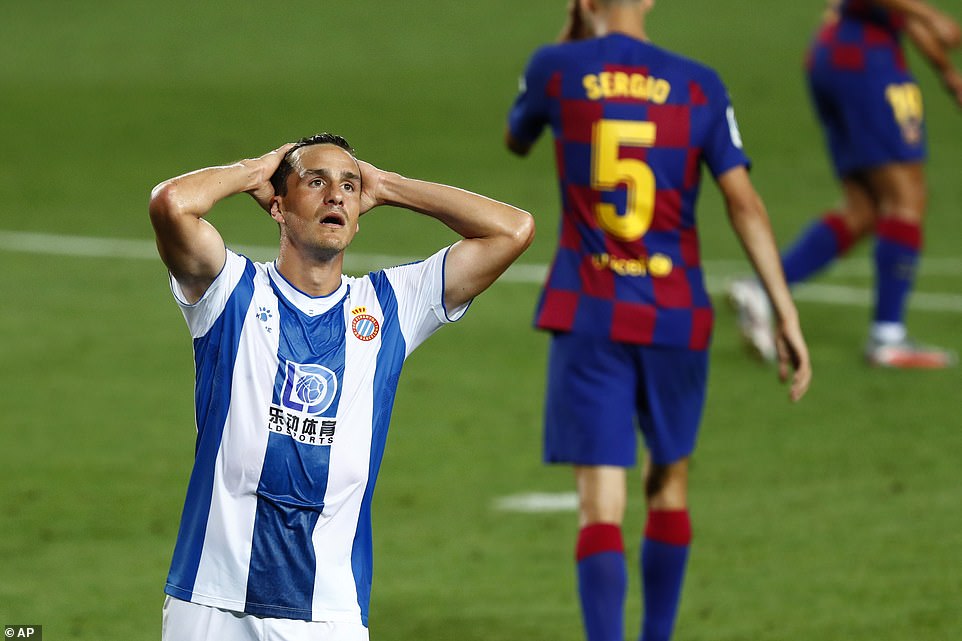 Pol Lozano went over the ball and also saw red for a kick on Gerard Pique and so it was 10 against 10 for the remainder.

Teg Stegen had saved his team in the first half sticking out a right leg to save from Adri Embarba. And a vital header from Pique kept Espanyol at bay late on.

They had delivered one of their best performances of the season but left it far too late to prevent them going down for the first time in 27 years.

The question now is have Barcelona, also left it too late to catch Madrid. Suarez has done his part since his return. He now has only Cesar and the uncatchable Messi ahead of him as Barcelona top scorers.