Liverpool star Fabinho has said that Manchester United’s acquisition of Casemiro is a ‘good signing’ and he does not have any doubts that the midfielder will be able to adjust to the Premier League. The Brazilian is set to complete his move to the Red Devils imminently after a successful nine-year spell with Real Madrid.

Casemiro won three La Liga titles with Los Blancos and helped his side lift the Champions League on five occasions, establishing himself as one of the best midfielders in world football during that time. And United fans are hoping that the 30-year-old will emulate his best form at Old Trafford this season.

Erik ten Hag has been desperate to address his lack of quality in the centre of the park this summer, signing Christian Eriksen and pursuing Frenkie de Jong since the transfer window opened – though with little luck. Though Fabinho has hinted that Casemiro could be the resolution to the club’s woes.

He told The Telegraph: “I played with him in Real Madrid’s second team and with the national team, he is a friend, we always have conversations and he is a good guy. Of course, he will be a good signing. 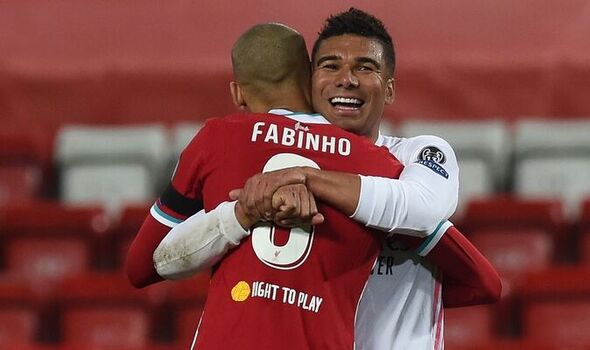 “Casemiro is a smart guy, he is a good player, he is strong, he is good in the air, so it will not be hard for him to adapt to the Premier League.” It is incredibly unlikely that the former Sao Paulo star will feature against Liverpool on Monday night, meaning that it is a chance for United’s current midfielders to showcase why they should not be replaced.

One of them is Fred, who has been heavily criticised by supporters since his arrival at the Theatre of Dreams, especially over the past few seasons when United have struggled. But Fabinho believes that the 29-year-old has been scapegoated, with his performances last season standing out. 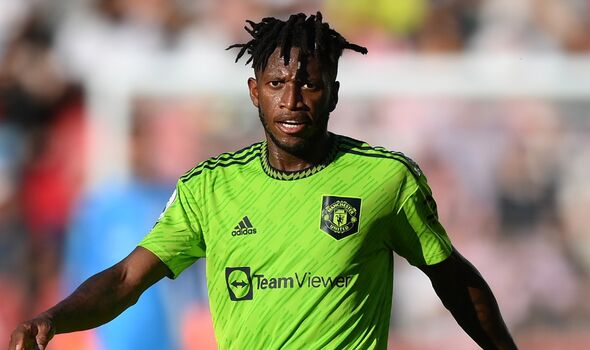 He explained: “Sometimes I don’t really understand the criticisms with Fred because he is a regular player, he always plays good football. In general Manchester United have not been successful in the last seasons so you try to find a solution or you try to put the fault on some of the players and sometimes I think Fred is that player.

“But he is a good player, in the national team, he is always a starter, he always plays good and, yes, sometimes the player needs a little bit more confidence to play good. Last season he played really good football, maybe he was one of the best United players. This season United didn’t start really good but I hope Fred will play good and United will stay playing like this.”