Liverpool captain Jordan Henderson has identified the quality time he spends with his children as the only thing he enjoys about lockdown. Prime Minister Boris Johnson imposed a nationwide lockdown on Tuesday and ordered the publicl reasons.

Henderson now stays with his family amid a challenging time that has been difficult for many people in self-isolation but he admits he  silver lining.

The midfielder has been making the most out of the opportunity he’s been given to spend some time with his family and help his kids with their school work.

Henderson told Liverpool‘s official website: “It’s a totally different test. My biggest downs in my career up until this point were obviously injury, I would say. That was the hardest thing for me to deal with personally, but this is a different challenge.

“The time that I’ve spent with my family and my kids over the last couple of weeks is something that I’ve never been able to do before, so I’m just trying to take a lot of the positive things around it. 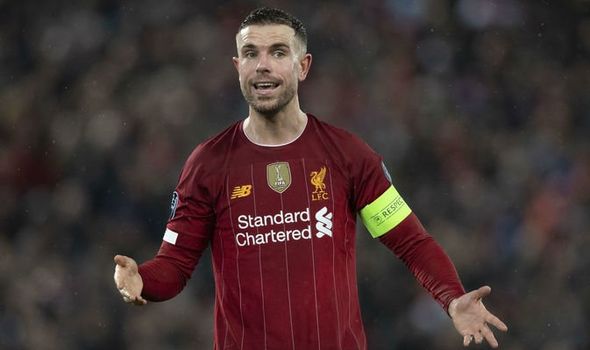 “I’ve really enjoyed being with the kids every day, helping them with their school work and things that I wouldn’t normally do.

“I’ve just tried to do it as much as I can and enjoy it. But when it is 24/7 it can be challenging at times as everybody will know!

“But I’ve just tried to enjoy this period that we’re going to get. I know it will be for a long period, of course, but just stay positive and try to enjoy it as much as I can because I’ve never really had a block of time like this to be with the kids and my wife for a long time.

“But to do it every day in the morning and help them with certain things, I’ve quite enjoyed that. Like I said, you don’t get opportunities to do that often, so I’m trying to make the most of it.”

Henderson, though, remains in contact with his Liverpool team-mates as some of them have families living in different countries and are riding out the pandemic on their own.

The England international pays special attention to those who are currently alone as they are finding this situation a little more difficult to handle without anyone around.

Henderson added: “I think it is important to stay in touch with people, especially the lads. Some people cope differently to others. Some of the lads are on their own who I’ve spoken to, which must be really difficult. 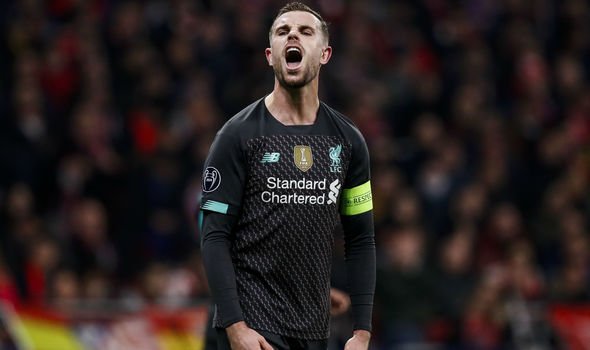 “Most of the lads have family and kids and stuff, which will make it easier – maybe a little bit more difficult at times! But overall a lot easier when you’ve got family around you and people around you.

“But when you’re on your own it must be so difficult, so I’ve touched base with those lads and they seem OK but it’s only been a couple of weeks and we’ve probably got a few more months to go at least.

“We forget sometimes how young these lads are. We look at them as top-end Premier League, European footballers, but some of them are very young lads who are away from home and away from their families…

“Again, especially when you’re from a different country. You might feel alone but the lads and the people at the club will make sure that they feel supported in everything that they do and the programmes and stuff.

“I think we’re going to do stuff as a group as well. I think that will start to happen a little bit more often where we’re doing maybe sessions together like on FaceTime or different apps that you can use so everybody is doing it together.

“I think that will start from this point going forward just to try to keep everybody in touch. It helps support the players that are finding it a little more difficult on their own.”