Liverpool have been urged to launch a shock move for Manchester City winger Leroy Sane. The German has been out of action since picking up an anterior cruciate knee ligament against Jurgen Klopp’s side in the Community Shield in August.

Now he is expected to leave City this summer, with Bayern Munich hellbent on bringing him back to the Bundesliga.

Liverpool are expected to bolster their frontline at the end of the season and a number of reported targets have emerged.

Those include Wolves roadrunner Adama Traore, who has taken the Premier League by storm this season with his electric pace and much-improved end product.

But according to pundit Danny Mills, Adama isn’t at the required level to play for Liverpool. 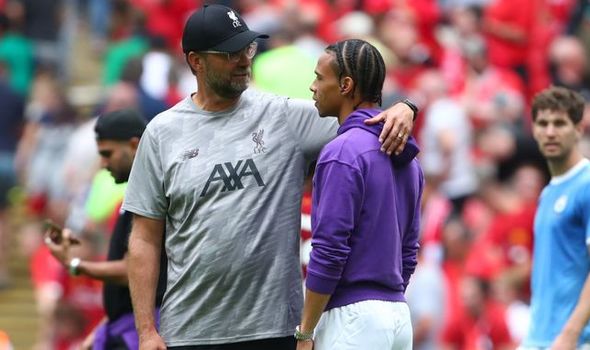 “Traore makes a lot of headlines because of his pace and power but to step into a title-winning side, to replace somebody like [Sadio] Mane or [Mohamed] Salah – I do not think he is there yet,” Mills told Football Insider.

Yet Sane, who has already won two Premier League titles, could be worth a surprise move.

“Somebody like Leroy Sane – possibly. He is coming back from injury and has been linked with a move away recently and could be surplus to requirements,” he added.

“He is young, a great talent and has experience.

“That would be more realistic but I do not know if Manchester City would sell to rivals.”

Klopp labeled Traore “unplayable” in January when the Spaniard caused his side major problems in the 2-1 win at Molineux.

“He is unplayable in moments, it’s unbelievable,” he said. 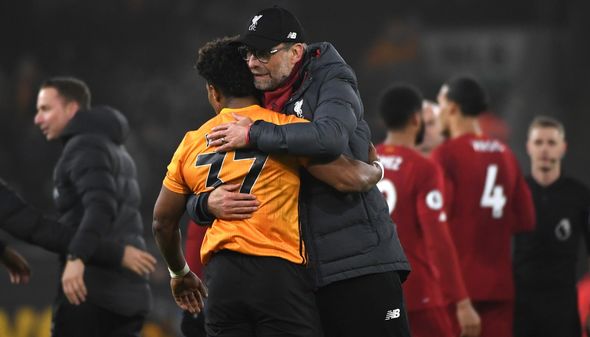 Guardiola admitted last summer that he only intends to keep players at the Etihad Stadium who want to stay at the club.

Sane is yet to sign a new deal with just over a year remaining on his current contract, despite an offer being on the table for well over six months.

“I don’t have any new news, I’m sorry,” Guardiola said at the end of January.

“I would like to tell you but you have to ask Txiki [Begiristain, City’s director of football]. The last info I had was that we made him an offer a long time ago and all the time he didn’t reject it, so after that I don’t have any news.”

City could be forced into a sale to avoid losing him on a free transfer in just over 12 months’ time.

They’re unlikely to sell to Liverpool of all teams though, with Bayern set to return with an improved offer this summer.