Jurgen Klopp has hailed his side’s transformation into the Inevitables as Liverpool eagerly await the chance to become Premier League champions for the first time in their history. The Reds currently sit 25 points clear at the top of the table but Klopp wants to ensure this season is no one-off.

Speaking to Dave Jones and Jamie Carragher on the Sky Sports Football Show, Klopp cast light on why he labelled his side the ‘Mentality Monsters’ and vowed his players would return better than ever whenever they are allowed to.

The Reds have made a habit of fighting until the end of every game while moving at a record-breaking trajectory.

Liverpool have equalled the record for most consecutive Premier League wins with 18 this season, while recording the most home wins in a campaign. They are also on course to break the highest points total in Premier League history.

Klopp is adamant his side’s success is testament to the collective belief in their identity but has conceded that their future achievements could be impacted by fellow rivals. 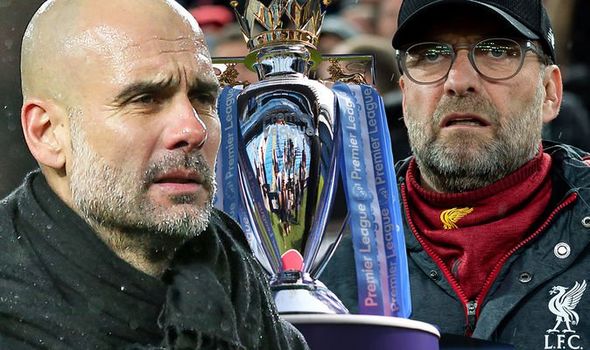 “We will not change but whether we will be successful depends on what other teams are doing as well,” Klopp said.

“We have the chance to improve and do things better and all that stuff but I have no clue what the future will hold for us.

“This team is not the finished article, we have a lot of space for improvement, fresh blood internally coming up, we can mix things up so there’s lots of things we can improve obviously.

“We can improve it with this team, life is a constant challenge in this moment especially because we’ve never faced a challenge like the one we have now.

“It looks like the situations of the past that we thought were big problems now look like nothing.

“Losing a Champions League final nowadays looks like a joke and nothing else.

“In this moment it obviously felt harsh then qualifying again for the Champions League final or not winning the league by a point or 11 millimetres, that could be hard but we always saw it like this; the only way to give something is to give everything. 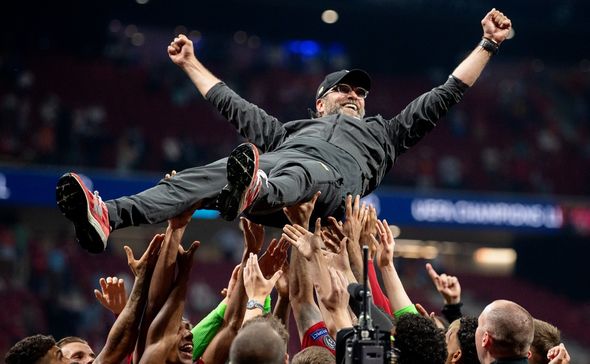 In Klopp’s first few years in charge at Anfield, the Reds were beaten several times in major finals to Sevilla, Manchester City and Real Madrid.

But the German was keen to ensure that the experiences were turned into positive ones which have helped create the mental toughness on show today.

“There are two possible scenarios, you either lose or win the final and if you lose the final it is still a wonderful experience to go there and qualify through the quarter-finals and semi-finals and all that stuff,” he added.

“You can take so much confidence from it and that’s what we did when we lost to Real Madrid, this was a strange final, we said nothing about the boys but we said ‘we are good enough now to cause a few more teams problems’ and that’s exactly what the plan was for the next season.

“In this season we are in now, we are in the end of April or whatever and still we haven’t started again, that’s clear but whenever we can play again, we will not give up.

“The moment that we will be allowed to concentrate on football again for us, we will do that and we will try our best.

“We will see when that will be, it looks like in other leagues they will start step by step.

“We will see how long it will take in England.”