Liverpool coach Jurgen Klopp has hailed Trent Alexander-Arnold’s ability to deliver in crucial moments as the debate goes on over whether the defender should be granted a spot in England’s Euro 2020 squad.

Gareth Southgate will name his 26-man group next Tuesday and Alexander-Arnold’s inclusion is up in the air, with the Three Lions manager having excluded the right-back during March’s internationals.

Alexander-Arnold has begun to hit his stride in recent weeks as a difficult season comes to an end, the 22-year-old putting in a man-of-the-match peformance in last week’s win at Manchester United and providing the assist for goalkeeper Alisson’s 95th-minute winner at West Brom.

The academy graduate is already a Champions League and Premier League winner and famously delivered on the biggest stage when his smart thinking in taking a quick corner led to Divock Origi scoring the vital fourth goal in the 2019 Champions League semi-final comeback win over Barcelona.

His assist for Alisson was his seventh in the league this season – the highest number for a defender – and he has 33 in 127 career league appearances.

“This was a world-class corner, not the first, hopefully not the last of Trent,” said Klopp. “Nat Phillips could have scored if he had left his eyes open. If Ali had missed the ball I think Sadio [Mane] was in a quite interesting position, that’s how good the corner was.

“We shouldn’t take these things for granted. We saw brilliant players, world-class players in decisive moments delivering rather average set-pieces, as it is quite common in the last seconds of the game there is a free-kick or a corner.

“The corner, the cross made it happen – Ali had only to put his head on it, but he did that quite well.”

Alexander-Arnold’s return to form has arrived at seemingly the right time on the eve of a major tournament, but Southgate may still need some persuading to bring back the defender.

Klopp, however, is in no doubt. “He played a good season. He had a problem in that he played with roundabout 20-odd different centre-half pairings, which is just tricky,” the German said. 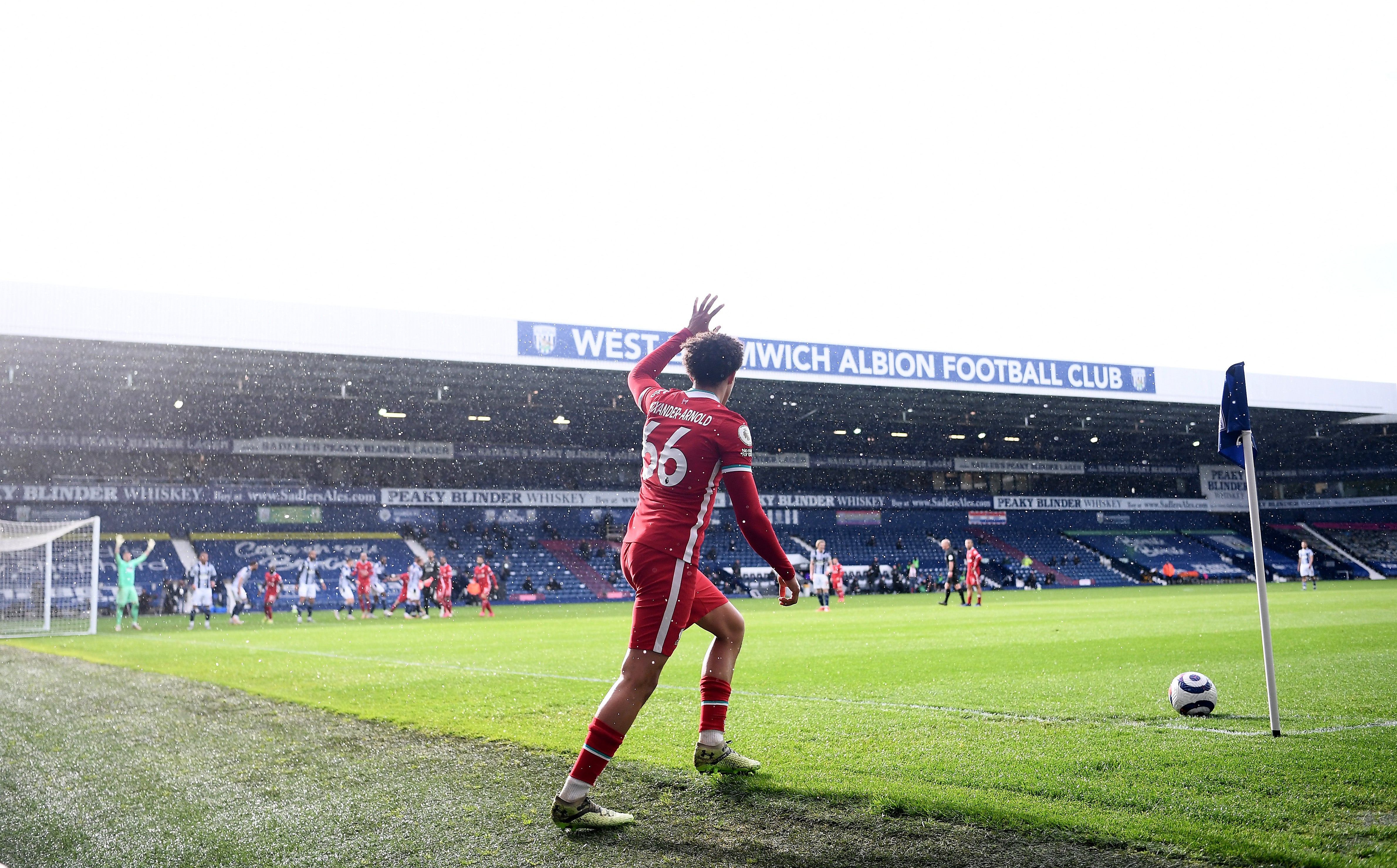 “He is still a young player, he has a much bigger part in organising the last line than he had previously. It means from a young, world-class talent to a defensive organiser is a step, but he did that as well. So yes, he is in a good moment and long may it continue for us. Without Trent’s game – not only his – we would be in a different place.”

Someone else Klopp has no doubts over is Mohamed Salah, who continues to be linked with a move away. The Egypt international scored his 31st goal of the season – and 22nd in the league – at The Hawthorns but was even more delighted at seeing Alisson snatch the winner.

“We are together every day and I know how much Mo is committed to this team and this club, so I don’t need a goal celebration to realise: ‘Oh look, now everyone can see it,’” Klopp said ahead of Liverpool’s trip to Burnley as they look for the first of two wins that could secure a top-four spot.

“I was never in doubt about his love for his team-mates or the club, not for one second.”

Liverpool’s late push for Champions League qualification could be boosted by the surprise reappearance of Diogo Jota, who did not play at West Brom and had been ruled out of the remainder of the season due to a problem with a bone in his foot.

However, a second assessment of the injury has left the forward in with a slim chance of being available for Liverpool’s last home match of the season against Crystal Palace.

“The swelling went down and it looked better than first scan. So it’s a tiny chance for the weekend,” said Klopp. “But good news for Portugal and Diogo himself, the Euros are not in danger. We will see if it’s good enough for us.”

Brighton 'to decide on defender Ben White's future AFTER pre-season'