Liverpool boss Jurgen Klopp is set to bide his time to make any final decision on the future of Rhian Brewster. The young striker is staking his claim to stay at Anfield this season having struck three times in just 72 minutes for the Reds in pre-season.

Brewster came off the bench to score in the 3-0 win over Stuttgart last Saturday and went one better in the 2-2 draw with RB Salzburg yesterday.

He was summoned from the bench by Klopp with just 27 minutes to play as the Premier League champions trailed 2-0 to last season’s Champions League Group E opponents.

It took him just nine minutes to find the net in Salzburg before he equalised with an emphatic lobbed finish which left no doubt in Klopp’s mind that he is ready to play for Liverpool. Whether he would get regular minutes to refine the rough edges in his game is a whole different matter.

“Rhian is a young boy and he can learn a lot of things but he’s a natural goalscorer,” Klopp after the 2-2 draw in Austria. 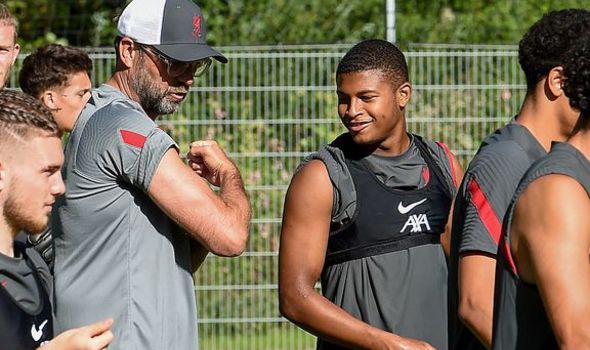 “He has to be more involved in games, but I have to say, in the decisive moments he’s 100 per cent there. I like that a lot and he’s a wonderful kid.”

Brewster is set to play some part in this weekend’s Community Shield against Arsenal at Wembley.

He will then be part of Aidy Boothroyd’s England Under-21 squad to face Kosovo and Austria.

During the international break, Liverpool are set to decide whether Brewster stays put or goes back out on loan.

Express Sport understands that Sheffield United and Brighton are two Premier League clubs who want to take the 20-year-old on loan next season.

Swansea would also be willing to welcome him back to the Liberty Stadium, where he struck 11 times in 22 matches under former England U21 boss Steve Cooper.

Brewster has already made it clear he does not want to go back out on loan but he is willing to accept any decision made by Klopp.

He told the Beautiful Game Podcast earlier this month: “Of course I want to be at Liverpool next season and fighting for a spot to play. 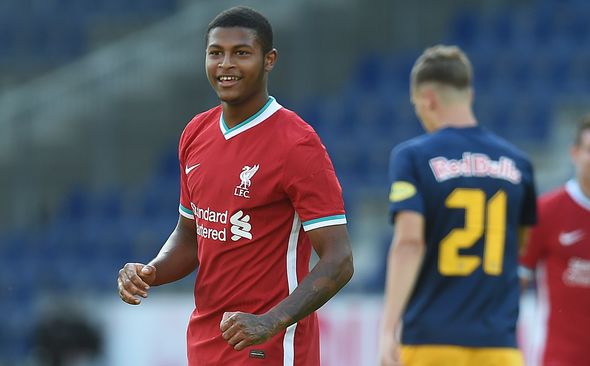 “Who is not going to want to play at the home of the champions?

“You’re not really wanting to go on loan but if that’s the best thing for me to do in that situation to get more game time, then that’s what I’m doing to do.

“But realistically I want to play for Liverpool and be their striker.

“I’m going to go to Evian and work as hard as I can and whatever the boss says I need to do, I’m going to accept whether that’s stay or go back on loan.”