Liverpool have been warned that they made a mistake over handing the No 8 shirt to Naby Keita. That’s according to Dietmar Hamann, who believes the jersey has heaped added pressure on the shoulders of the Liverpool midfielder.

Keita is yet to take off since arriving on Merseyside and has had to battle a host of injury problems.

Yet Jurgen Klopp isn’t willing to forget just how good Keita can be on his day.

The Anfield hierarchy were so excited about the impact Keita could make at the club that they handed him the No 8 shirt when he arrived in England.

It was presented to him at Melwood by Steven Gerrard, the last player to wear the shirt. It had been vacant since he left the club in May 2015. 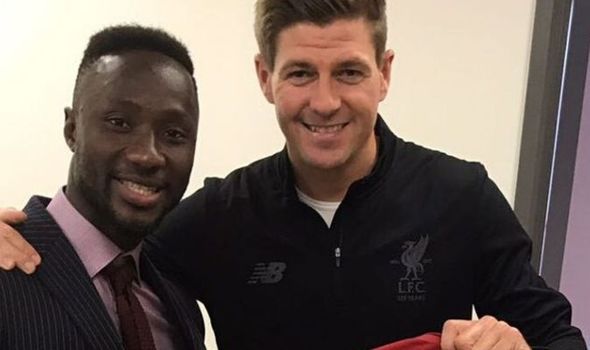 Yet in the opinion of Hamann, it only increased expectation from supporters that Keita would hit the ground running.

“You can’t do anything about the transfer fee. In fact, when a club pays that much for you it should give you a lot of confidence,” the German told The Athletic.

“But, looking back, I don’t think picking that shirt number was the best idea. That probably put more pressure on Keita.

“People maybe didn’t compare him to Steven but that No 8 shirt – similar to the No 7 one – weighs a bit heavier than the other shirts at Liverpool.”

Keita himself admitted that it was a surprise to receive the shirt from Gerrard, when he checked in at Melwood for the first time.

“It was a surprise,” Keita said.

“When I came here that day I didn’t know Steven would be at Melwood. It was exciting to be presented with the shirt by him.

“I watched him when I was growing up. I’m a midfielder and Steven was always the boss of the team, so I couldn’t be anyone else but Steven Gerrard when I played. 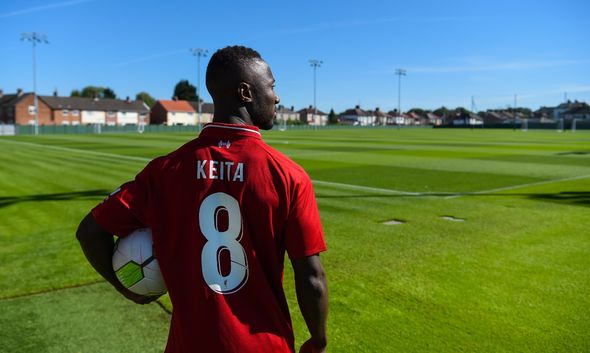 “I admired him so that was a special day. He told me, “Everyone will be here for you. We will help you.”

Keita has started just four Premier League matches this season and the Guinea international is struggling to maintain match fitness.

With competition for places now stronger than ever, Keita is set for a defining third season with Liverpool.

Earlier in the season, Jamie Carragher claimed he was still waiting for Keita to explode.

“He’s a funny player. You can watch a game – and the perfect example was away against Norwich and I didn’t think he played particularly well, he didn’t have a terrible game, he was just okay,” Carragher said.

“Then you get all the stats come through about how many times he regained the ball, how many passes he made to people in the box, all these different stats that when you look at you think you’ve got a top player there.

“He’s always top of those stats but when I watch a game, I don’t feel like I see that with my eyes. He’s got to stay fit, that’s a big thing for him, but there is still a role in central midfield to add more of an attacking thrust to Liverpool.

“That’s what he was brought in for and that’s what we need to see a lot more of.”

Aston Villa vs Arsenal: ‘Back Arteta, Kroenke Out’ banner flown over stadium during Premier League fixture