Liverpool’s defending in their 4-1 defeat by Napoli was ‘embarrassing’ and they failed to do ‘kids’ stuff’ correctly, Jamie Carragher has said. The Reds icon tore into the defending of centre-back pairing Virgil van Dijk and Joel Matip for the role they played in the Serie A side’s fourth goal on a dismal Champions League night for Jurgen Klopp’s team.

Napoli led 3-0 at half-time and added a fourth two minutes into the second half. Carragher fumed at Van Dijk and Matip for their role in the goal, which put to bed any hopes of a second-half Liverpool fightback.

Matip failed to anticipate the long pass that was played in behind Liverpool’s back four to Giovanni Simeone, whose cross was tapped home by Piotr Zielinski at the second attempt. Carragher felt that the Cameroon international should have dropped back a couple of yards to prevent Simeone from running in on goal.

Analysing a clip of Napoli’s fourth goal, Carragher told CBS Sports: “This is unbelievable. Look at the position of Matip, that position is wrong. He’s not even on the same line as the other players. You need to be on the other side of the attacker.This is two minutes into the second half, after we’ve seen one of the worst halves defensively under Jurgen Klopp.” 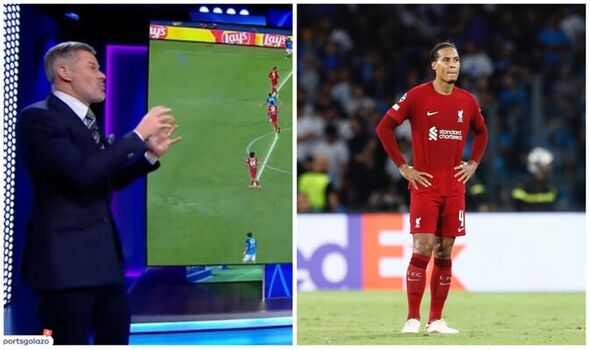 The clip is then pushed forward to when a pass has been played in behind Liverpool’s defence. Carragher continues: “When that ball goes back, and you know a player is going to play it [in behind] first-time, you have to go back.

“People may criticise me – even Liverpool supporters because this team is fantastic and they have had great success – but all I’m talking about is five yards. I’m not talking about a Liverpool team retreating five, 10, 15, 20 yards back. 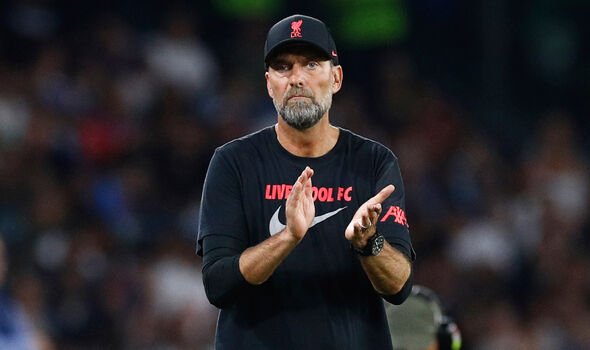 “This is Liverpool’s big problem right now – they have built their success on intensity on the ball. It means the opposition can’t get their head up to get the ball over the top. Your team is always really tight and always really compact, it’s always a bit of a risk.

“But you get an energy on the ball. That energy is not there now, so that back four has to adapt. It has to adapt three or four yards. If they keep playing like that, they’re going to have a big problem in the Premier League and qualifying for the next round of the Champions League.”

Liverpool now face Wolves this weekend before another tough Champions League tie against Ajax, who thrashed Rangers 4-0 on Wednesday night.

Is Juventus vs Villarreal on TV tonight? Kick-off time, channel and how to watch Champions League fixture