Rhian Brewster showed just why Liverpool boss Jurgen Klopp is ready to put faith in him next season with a double strike for Swansea in a 3-0 win over Middlesbrough.

The 20-year-old forward netted twice in three first half minutes to propel the Swans to victory and keep their hopes of reaching the play-offs alive.

And for a certain German coach on Merseyside, Brewster’s form is a great source of encouragement after recently passing up the chance to sign Timo Werner from RB Leipzig. 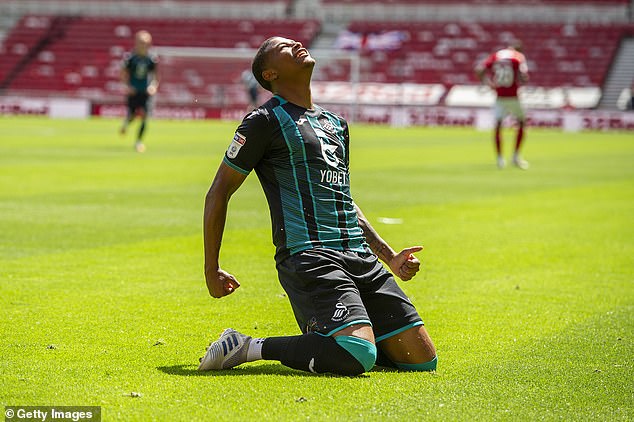 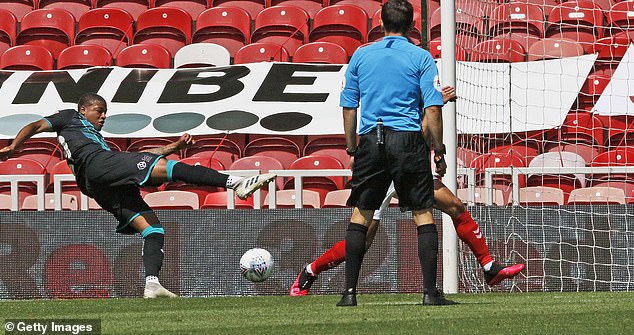 Liverpool are unlikely to spend big this summer as they weigh up the financial impact of the coronavirus outbreak, meaning Klopp will rely on a batch of promising youngsters to provide depth to his squad.

Brewster, along with Curtis Jones, Harvey Elliott and Neco Williams, is expected to have an increased role at Anfield in the 2020-21 campaign.

Judging by Saturday’s performance, the England Under 17 World Cup winner is ready to show Klopp just what he can do.

Brewster notched his first goal of the afternoon with a close range finish after some smart movement bought him half a yard of space to convert Andre Ayew’s pass through the legs of Boro keeper Dejan Stojanovic. 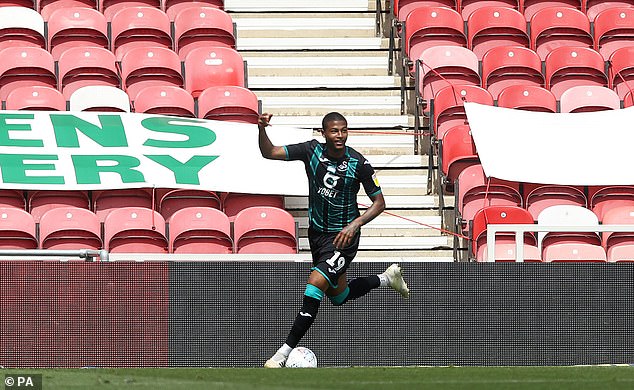 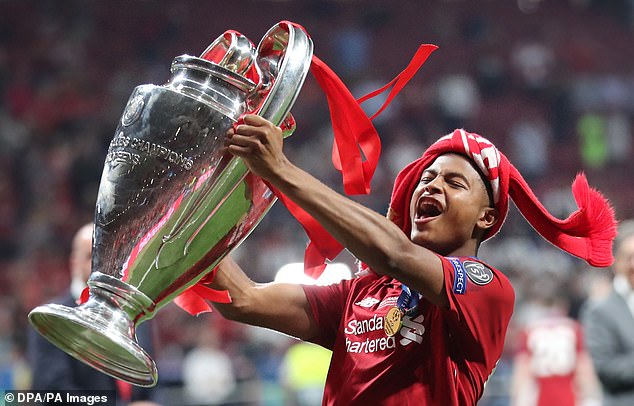 On the 21st minute, Brewster made it two, drifting off his marker at the back post, volleying home a bouncing effort from an Aldo Kalulu cross. Ayew then made it three from the penalty spot.

It takes Brewster’s tally in a Swans shirt to six for the season, making him the club’s top scorer for the season despite only joining in January.

His six goals have come in 15 appearances so far for the Welsh side, who sit seventh in the Championship table, one point behind Preston in sixth.