Liverpool, Manchester United and Chelsea have all been implored to consider signing Philippe Coutinho in the summer transfer window – with Owen Hargreaves insisting the concerns that are set to curtail the playmaker’s Barcelona career should not take away from his quality.

The Brazilian’s future is at a crossroads after a year on loan at Bayern Munich, although he posted productive numbers in Bavaria.

His time in the Bundesliga has thus far yielded eight goals and six assists in just 22 league appearances.

But his performance levels have fluctuated, with Coutinho struggling to establish a consistent starting role under Hans-Dieter Flick.

Coutinho’s stock has fallen considerably since he quit Liverpool, where he spent five seasons, to join Barcelona in January 2018. 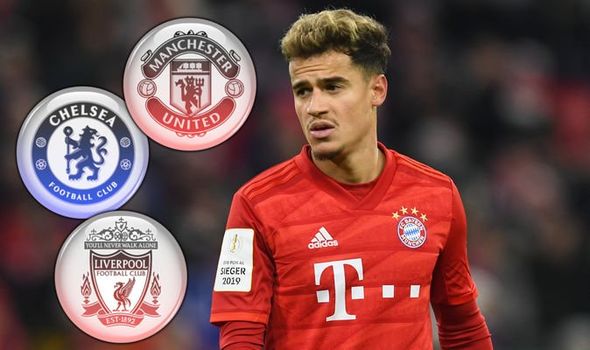 A club-record £142million signing, the 27-year-old failed to hit the heights expected of him in his 18 months at the Catalan club and is expected to be sold permanently this summer.

Coutinho’s availability has alerted several Premier League clubs, who may still be forced to fork out up to £70m to sign him despite the climate of the transfer market set to change drastically due to the coronavirus crisis.

But the South American No 10 is still good value, believes former United and Bayern midfielder Hargreaves.

And he thinks that even Premier League leaders Liverpool, who had been almost perfect up until the league’s COVID-19-enforced break, could make space for their former attacking midfielder.

“I love his game, I love him as a player,” Hargreaves said of Coutinho, who was one of Europe’s best-performing creators before leaving Liverpool.

“He is obviously going though a bit of a tough time after leaving Liverpool.

“Barca didn’t work and Bayern hasn’t really worked, but there is still plenty of time and I would never count him out.

“I would love to see him back in the Premier League. He makes a lot of teams better.

“Premier League teams are probably the only ones with the capacity to sign him and, let’s be honest, when he was here he was a dream to watch.

“If Liverpool are missing one thing it is probably a No 10-ish player.

“I know they probably don’t need him because that front three are so good as is the balance in midfield.

“There are a lot of rumours about Chelsea, even Man United.

“There are a lot of teams where if I was sporting director, surely his name is on a lot of teams’ lists to come in and make a big impact. 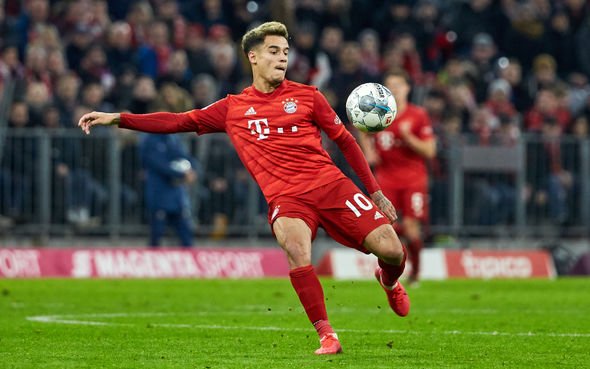 “The question is does he do it on loan again or is it a sale because it doesn’t look like he’s going to stay at Barcelona.”

Pinpointing the reason for Coutinho’s hardship at Bayern, Hargreaves believes the resurgent form of Thomas Muller has been crucial.

“In a perfect world, I think they hoped it would have worked out but it hasn’t,” he continued.

“Probably just based on Thomas Muller. His form has just been so good.

“Muller has just been one of the best players in the whole Bundesliga.

“In the past Bayern played three central midfielders and in a perfect world they would have played Coutinho but Thomas has got the most assists in the Bundesliga and at Stamford Bridge in the Champions League he was unbelievable.”

Coutinho’s agent Kia Joorabchian has suggested the Premier League is the player’s preferred destination if he leaves Barca this summer. 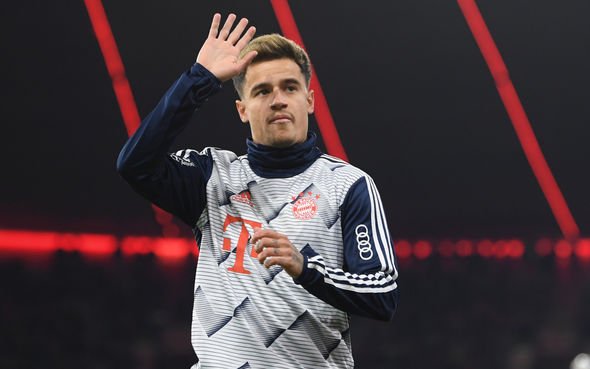 And speaking to talkSPORT this week, Joorabchian declared that he has not held any talks with English clubs about Coutinho with even Everton and Newcastle linked.

“He’s had an injury, he had an operation two weeks ago on his ankle and he is six weeks for recovery for that, which unfortunately means he’ll probably miss a chunk of the Bundesliga. Hopefully he’ll be fit for the tail end of the season.

“But in terms of the rumours? At the moment we have not spoken to anybody about any deals whatsoever.

“I think at the moment everyone’s concentration is on this pandemic and how football can restart in a safe and secure environment, and the health of safety of everybody.

“The transfer side of things and where Philippe will go, or where other players will go, will come into play further down the line when things have got back to some sort of normality.”