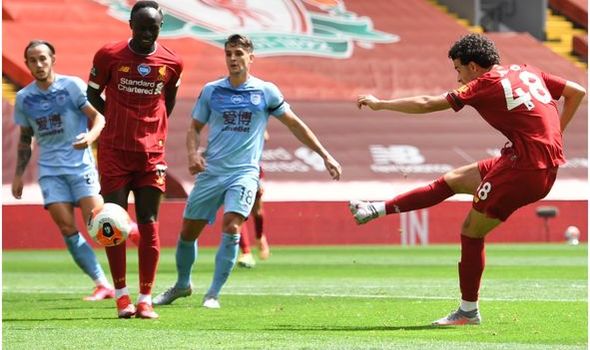 Liverpool’s bid to beat Manchester City’s Premier League points record was dented as they ran into a goalkeeper in spellbinding form in Saturday’s 1-1 draw with Burnley at Anfield.

The champions, who started the day needing nine points from four games to beat City’s ton in the 2017/18 campaign, had a flurry of chances but Nick Pope delivered an inspired performance to stop the Reds from winning at home in the Premier League for the first time in 18 months.

Pope pulled off a number of terrific stops from the likes of Mohamed Salah and Sadio Mane before Andy Robertson found the back of the net with a terrific header.

Burnley fought their way back into the contest after the break and levelled in the 69th minute thanks to Jay Rodriguez’s half-volley on the turn.

The Clarets could have left with all three points but Johann Berg Gudmundsson could only hit the bar after a sloppy punch from Alisson. 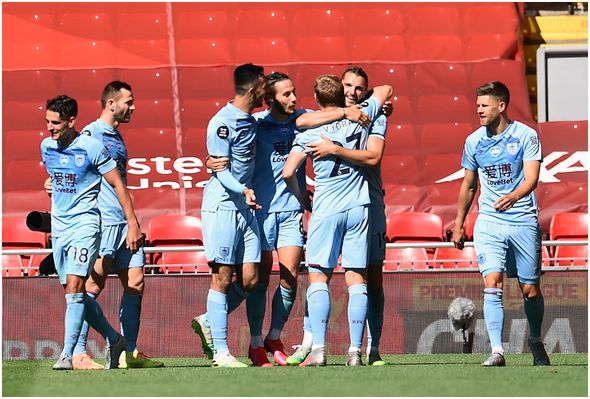 Alisson – 5 – A comfortable afternoon for the goalkeeper until he was beaten by Jay Rodriguez.

Andy Robertson – 7 – A return to his best and a brilliant goal to boot.

Joe Gomez – 5 – A couple of minor errors and not his best performance.

Virgil van Dijk – 5 – A sloppy pass in the first half could have caused trouble.

Neco Williams – 6 – Another decent display as he switched back to the right after a difficult half against Brighton at left-back.

Fabinho – 7 – A sublime assist for Robertson’s goal and kept things ticking over.

Curtis Jones – 8 – A lively appearance from the rising star, who looks to be improving with every game.

Georginio Wijnaldum – 6 – A commanding and reassuring presence in the engine room.

Sadio Mane – 6 – The winger was not at his brilliant best.

Mohamed Salah – 6 – A lively display but no goal for the Egyptian, who did not look as threatening as usual.

Roberto Firmino – 6 – The home league goal drought continues as he hit the post.

Trent Alexander-Arnold (for Williams, 69) – 6 – An attacking presence from right-back but not enough time to fully influence proceedings.

Naby Keita (for Jones, 69) – 6 – Struggled to make his mark as Burnley grew into the game after Rodriguez’s goal.