Liverpool had to rely on Mohamed Salah to get them out of jail against last season’s Championship winners Leeds in a crazy game at Anfield. His late spot-kick saw the Egyptian complete his hat-trick and earn the Reds a valuable three points, something which had looked bleak.

The match didn’t take long to explode into life when Salah dispatched from the penalty spot, after Robin Koch handled in the box.

Leeds were level through a fine individual goal from Jack Harrison before Virgil van Dijk restored Liverpool’s lead. He gifted the visitors the equaliser though when Patrick Bamford capitalised on a rare mistake.

Salah then got his second in style, thumping the ball home into the top corner after it was headed out from a corner. It was the goal of the evening.

After the break, Leeds then levelled things up for a third time when Mateusz Klich finished a brilliant team move.

They looked well worthy of a point until Rodrigo chopped down Fabinho with just minutes to play and Salah stepped up to convert for his hat-trick.

Here’s how the Liverpool players rated…

Wasn’t really at fault but did look a little slow to react at times. Understandable given the break.

Was skinned by Leeds attacker Jack Harrison for the leveller. His passing and crossing was sloppy at times but he has missed the majority of pre-season.

Was also questionable for Leeds’ opener and generally looked shaky at the back.

The imperious Dutchman went from hero to zero in the first half. He scored with a well-timed header from Andy Robertson’s corner before gifting Leeds a second goal, flicking the ball unconvincingly into the path of Patrick Bamford, who tucked home. Too casual. Did score a fourth which was ruled out for a foul. 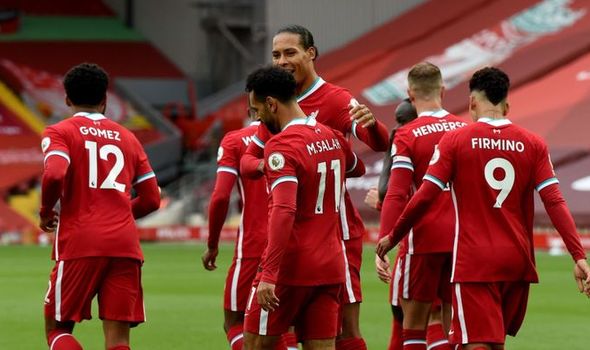 Lacking sharpness but still a big asset to this Liverpool side. His inviting corner was headed home by Van Dijk in the first half.

Criminally under-appreciated at Anfield, although this wasn’t his finest performance. He kept things ticking over with some smart interceptions.

Liverpool’s captain did not look like he hadn’t played in months. Energetic and was always looking to move the play forward.

Failed to lay down a marker that he should be a regular starter in midfield. This is his biggest season to date at the club but he needs to find consistency. 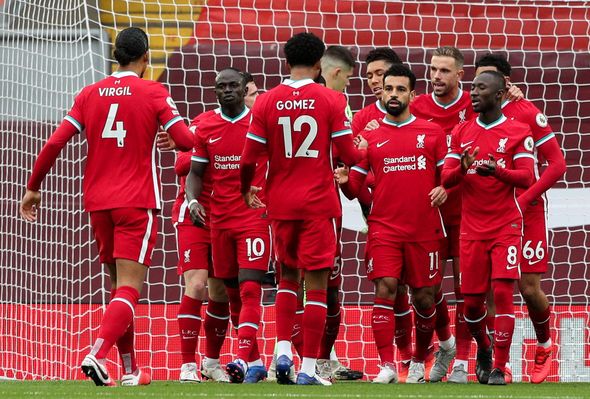 He played like his life depended on it. Razor sharp from the get-go and looked like a man who wanted to win the Premier League golden boot. His penalty was ruthless, while his second was the pick of the goals. Showed composure from the spot to earn all three points under pressure.

A real spark but nothing really came off for him. Couldn’t be faulted though as worked tirelessly.

Cut the ball back across goal well but sometimes guilty of not shooting when in on goal. That’s his unselfish nature but he was not at the races. Squandered a golden chance to win the game late on.

Did not really have a say in this game until he won the crucial penalty. There is also an argument that he should have started.

Poor. Did not track the runner in Klich and also fouled Robin Koch as Van Dijk struck a disallowed fourth goal.

Football fans should support football clubs, not their owners