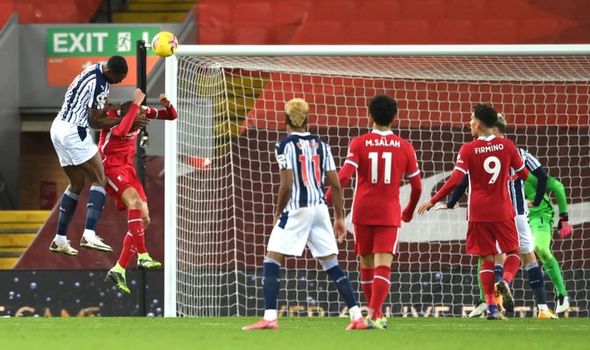 Liverpool threw away victory agaisnt West Brom as Sam Allardyce once again proved the scourge of the Premier League champions. After almost total domination in the first 45 minutes, the Reds were poor after the break and Semi Ajayi cancelled out Sadio Mane’s early opener to prevent the Reds going five points clear of second-placed Everton atop the Premier League table. So how did the Reds perform against the Baggies? Express Sport rates and slates the Liverpool players with the hosts only having themselves to blame.

Might have set up a deckchair on the goal-line in the first half given how quiet his evening was going. Then required to make a massive one-on-one save to deny Karlan Grant in the second half, but was well beaten by Ajayi’s header.

Not the right-back’s most effective performance going forward, his final ball unusually off although he got into some decent positions.

Found Mane in space for the goal with a lovely lofted pass and solid whenever West Brom tried to counter. Then suffered yet another muscle injury. 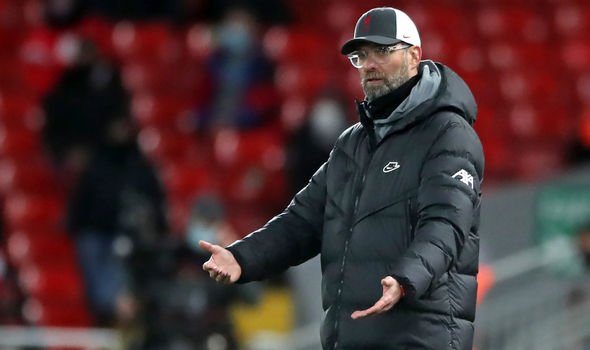 On hand with some vital headed clearances at set pieces and key interceptions but then beaten in the air by Semi Ajayi for West Brom to equalise.

Liverpool’s best attacking outlet in the first half and rather miraculous he didn’t come away with an assist. Several superb crosses across goal that went without reward. Quieter in the second half however.

Gave Liverpool tempo in possession in the first half, managing 85 passes to West Brom’s 46 as an entire team. Needed to give Liverpool greater control in the second period though as West Brom threatened more consistently on the break.

Given licence to get into the final third more often than usual in the first half and seemed to enjoy himself. Had to be more defensive minded in the second half but worked hard off the ball and won his duels. 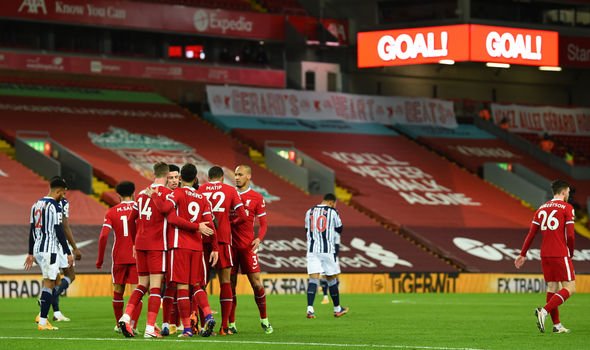 Always tried to be positive on the ball but not quite as authoritative as he was in his last start against Tottenham. Made the crucial unforced error that led to the corner for West Brom’s equalising goal.

Less lively than Mane first half but improved after the break. Will feel he should have done better with a header from a Wijnaldum cross and nothing quite came off for him.

Dropped into the space between the West Brom midfield and defence to seek gaps and linked up well, almost setting up Salah to make it 2-0 early in the second half. Denied the winning goal by Sam Johnstone late on.

Sublime positioning, touch and finish to make it 1-0 Liverpool on 12 minutes but unable to take advantage of other crossed opportunities. Not as involved second half.

Outpaced by Grant when Alisson denied the striker but otherwise fine.

Almost set up the winning goal but Johnstone denied Firmino’s header. Volleyed on shot over the bar and gave Liverpool some impetus going forward.