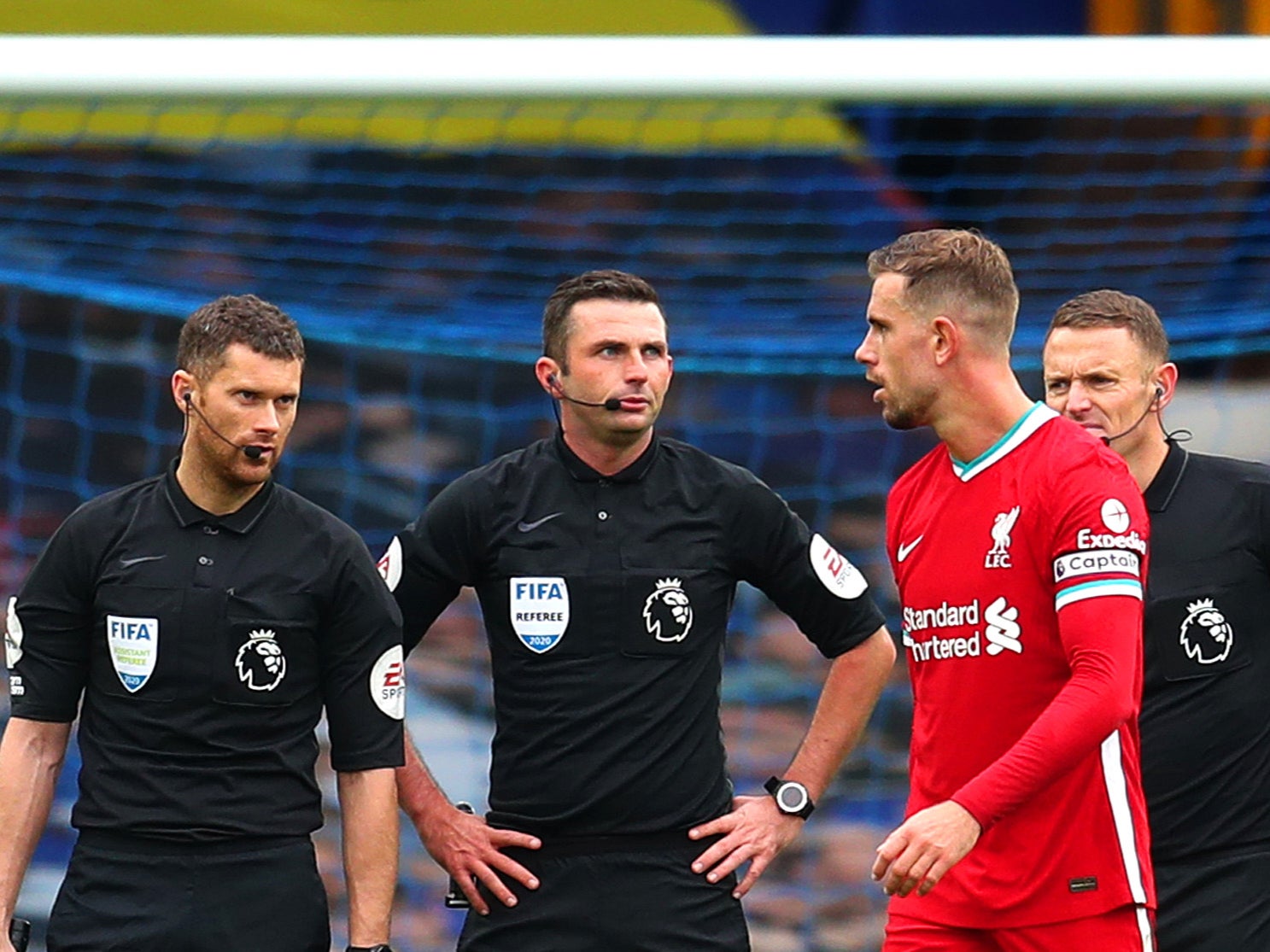 Liverpool are understood be be incensed that the tackle that forced the defender off the pitch wasn’t scrutinised, with no appropriate action taken.

“We lost a player in a situation where VAR was not involved,” Jurgen Klopp stated post-match.

Then, on 92 minutes, Jordan Henderson thought he had struck the winner for the champions only for VAR to rule Sadio Mane marginally offside in the build-up, despite the pictures failing to concretely show the reason for that call.

Klopp revealed that when he returned to the dressing room after fulfilling his media duties, “people stood there with a laptop and others stood around it and I asked what’s on. They say, ‘We watched the situation back and we don’t understand why they whistled offside.’

“Look, I’m a real supporter of VAR but you would expect that, especially with offside, you then do the right decision. We scored a goal one time at Aston Villa and they said the armpit was offside – sounds funny, we got it.

“This time, the picture I saw now once on the laptop, there is no armpit, there is nothing, we are just not offside. Since then I had 10 interviews around about and everybody tells me it was not offside and that doesn’t lift my mood obviously.”

Liverpool will seek clarity on which part of Mane’s body was deemed to be offside as well as the moment VAR decided to freeze the frame to calculate their finding.

Van Dijk and Thiago, who was on the end of another awful tackle, which rightly earned Richarlison a red card, will undergo scans to assess the extent of the damage caused.

Kalvin Phillips: Leeds midfielder out for up to six weeks with shoulder injury