Coutinho lifted the first Champions League trophy of his career on Sunday.

The Brazilian, on loan at Bayern from Barcelona, came off the bench against Paris Saint-Germain in the final 15 minutes on Sunday night.

There had been speculation going into the game that Barcelona would have to pay Liverpool the final £4.4m if Bayern won, though that doesn’t appear to be the case.

It had been reported that the Champions League-winning clause was specific to the player, rather than to the team. 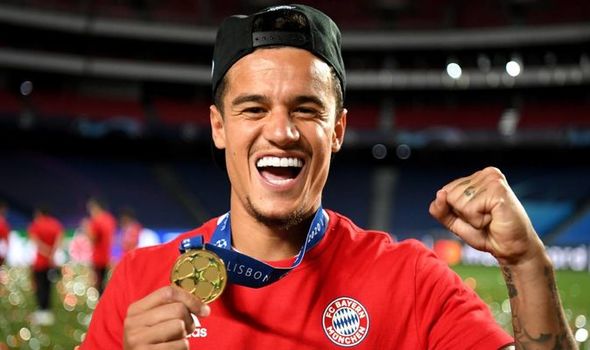 However, it has now been claimed that the clause was only to be paid if Coutinho wins the competition while playing for Barca.

There is still a way for Liverpool to recoup the final installment of the initial transfer fee, but it will only come if Coutinho stays at the Nou Camp.

Reports claim Barcelona will pay the final £4.4m to the Reds once Coutinho plays another 15 games for the La Liga giants.

The forward has been linked with a move away from the Spanish club this summer, with Arsenal reportedly interested in making a loan move.

Barcelona were previously interested in selling him in order to raise funds for their other transfer plans, having been linked with Lautaro Martinez and Neymar.

But new manager Ronald Koeman appears ready to give him a second chance at the club, and will reportedly be given full control over whether the playmaker stays or goes.

And speaking after the game, Coutinho admitted he doesn’t know where he’ll be playing next season.

The 28-year-old conceded that he has to go back to Barca before making a final decision on his future. 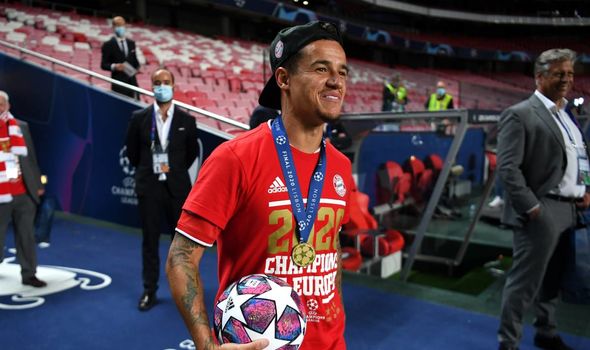 “Of course, I have to go back to Barcelona and then we’ll see what happens,” he said.

“I haven’t really thought about it much, I’ve only been focused on the final.

“What I can say is that I really want to work hard to have a great year, but let’s see what happens.”