Liverpool will reportedly target Leeds winger Raphinha this summer after the Brazilian’s eye-catching start to life in the Premier League.

Newly-promoted Leeds signed Raphinha from Rennes for £17million plus add-ons in the summer, and the forward has hit the ground running with four goals and four assists in the Premier League.

Those performances have led to Jurgen Klopp’s scouts placing the winger top of their shortlist for the summer, according to France Football. 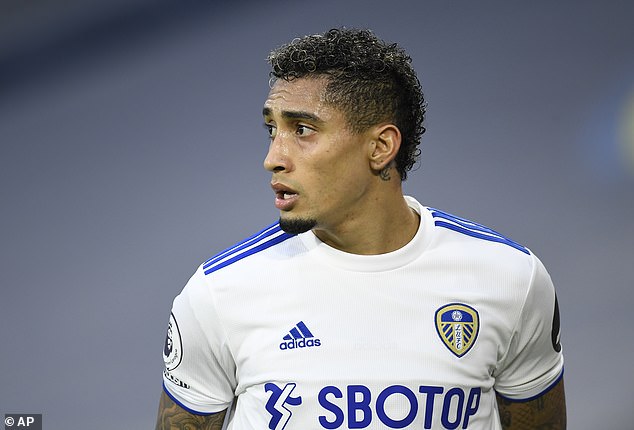 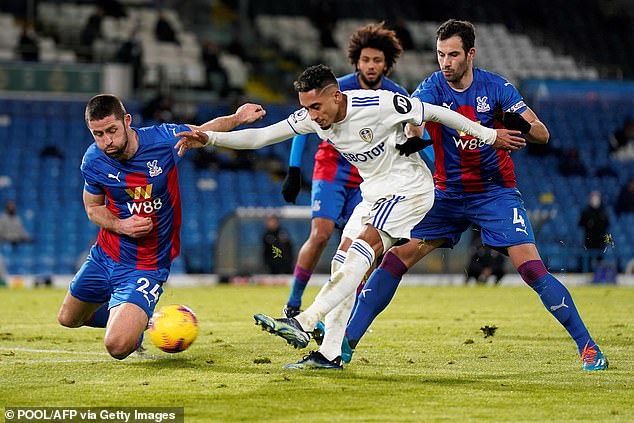 Raphinha was a livewire once again for Marcelo Bielsa’s exciting side in their 2-0 win against Crystal Palace on Monday night, claiming the man-of-the-match award.

The Brazilian almost scored when Vicente Guaita parried his left-footed shot after Mateusz Klich’s incisive pass, before Patrick Bamford finished on the rebound.

He also produced a sublime piece of skill when he back-heeled the ball through Gary Cahill’s legs before spinning past him, only to be dragged down by the defender.

Former Reds defender Jamie Carragher compared the 24-year-old to two of Liverpool’s current attacking stars after his showing in Leeds’ win against Palace.

‘I was really impressed with him when I watched him at Leicester last weekend as well, not just by Raphinha, but Bamford as well,’ Carragher told Sky Sports’ Monday Night Football. 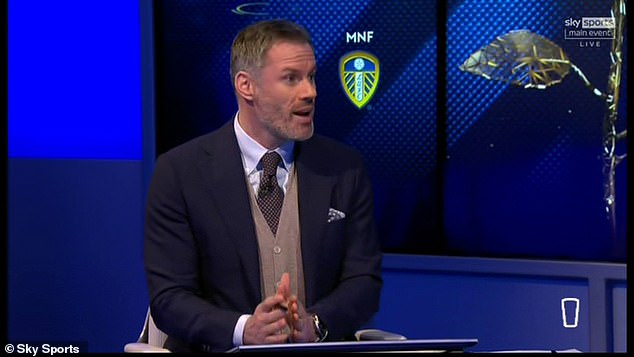 ‘You see that shot there [before Bamford’s goal], that’s so typical of a wide man, that penetrating run that we talk about with [Mohamed] Salah, [Sadio] Mane and [Raheem] Sterling, all the great wide players. They make that run and he does. He has great quality on the ball.

‘I think we mentioned before the game that he’s been involved in seven goals in the last eight games, so he’s always a huge threat and that’s always telling when your team-mates know from one training session.’

Liverpool are looking for reinforcements in attack to complement their front three of  Salah, Mane and Roberto Firmino, despite £41m signing Diogo Jota’s fine run of form prior to a knee injury in December.

Raphinha has played a key role in Leeds’ entertaining return to the Premier League, with the win against Palace taking Bielsa’s men into the top half of the table.