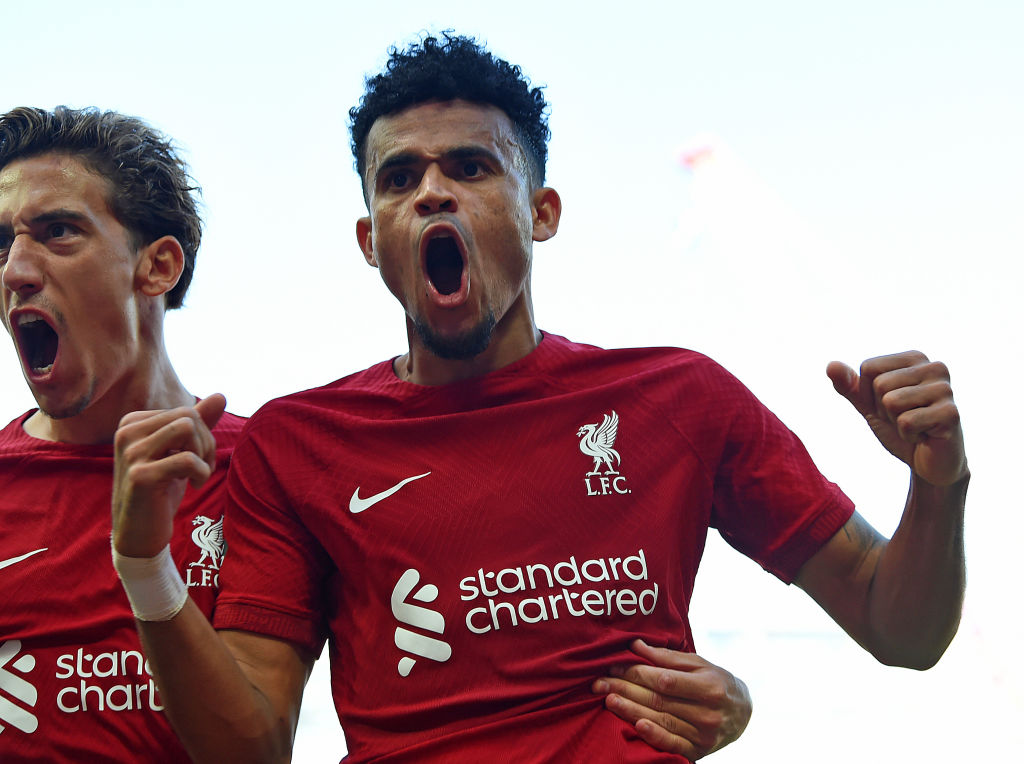 Liverpool star Luis Diaz has vowed to ‘come back stronger’ after Jurgen Klopp confirmed that the Colombian will be ruled out for six to eight weeks.

Diaz has arguably been Liverpool’s best player so far this season, registering three goals and two assists across his first eight games in the Premier League.

But it has been a horrific start to the 2022-23 campaign for Klopp’s side, who are down to 10th in the table having only won two Premier League games.

Things may now get worse for Liverpool with Diaz not set to return to action until after this winter’s World Cup, with the top-flight resuming on December 26.

Liverpool will be without Diaz for crucial fixtures against Manchester City and Tottenham as well as tonight’s Champions League clash with Rangers.

He will also miss European games against Ajax and Napoli, top-flight matches versus West Ham, Nottingham Forest, Leeds and Southampton and the League Cup meeting with Derby.

The 25-year-old winger has now spoken about his injury for the first time, posting on Twitter: ‘Thank you very much for the messages of support. I will come back stronger.’

Diaz was spotted leaving the Emirates on crutches after Sunday’s 3-2 defeat to Arsenal.

He was forced off just before half-time and was replaced by Roberto Firmino.

Klopp opened up about Diaz’s injury on Tuesday, saying: ‘Lucho 6-8 [weeks], he looks like a quick healer but we have to be careful with that.

‘It could have been worse with the way he moved after the game.’

Liverpool’s poor start to 2022-23 is a dramatic shift from last season, when the Reds were two games away from achieving an unprecedented quadruple.

They were forced to settle for a domestic cup double, winning the FA Cup and League Cup, having missed out on the Premier League title by a single point on the last day of the season and losing the Champions League final to Real Madrid.