Jordan Henderson was spotted applying ice to his quadricep after he was replaced by Alex Oxlade-Chamberlain in Liverpool’s 4-0 win against Crystal Palace at last night. The extent of the injury is unknown but Henderson could be a doubt for the match against Manchester City next week, according to Read Liverpool.

Henderson impressed again for the Reds as they took one step closer to the title.

It means if City drop points against Chelsea tonight at Stamford Bridge, Liverpool will be crowned Premier League champions for the first time.

Henderson was substituted in the 64th minute with Oxlade-Chamberlain taking his place.

And he was spotted applying an ice pack to his quadricep afterward sparking fears he could have a problem. 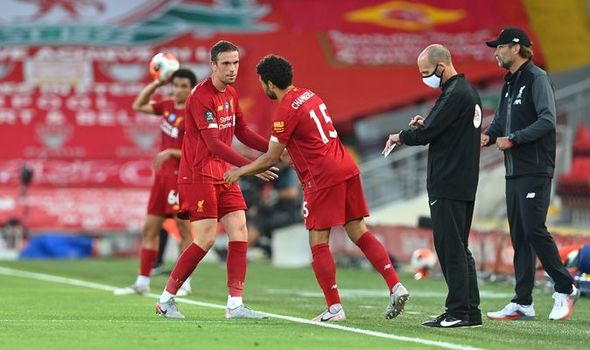 Liverpool fans will hope it is just a knock with the Reds not back in action until they face City themselves next Thursday (8.15pm).

Henderson has starred for Jurgen Klopp’s side this season and some have called for him to win the PFA Player of the Year award as a result.

The 30-year-old has made 37 appearances across all competitions and has been vital in midfield for the Reds.

Meanwhile, Trent Alexander-Arnold believes the win over Palace was one of the best performances from Liverpool all season.

He explained: “[It was] One of our best performances of the season by far. I think as a team, and obviously the manager, the fans will all be over the moon with that.

“I think we put in a world-class performance, probably one of our best of the season, so it’s something to be proud of.

“We’ve come here after such a long time and obviously without the fans it was difficult. It was different but we put in a performance to be proud of.”

Alexander-Arnold was particularly impressed with the fluency returning to the Reds’ game. 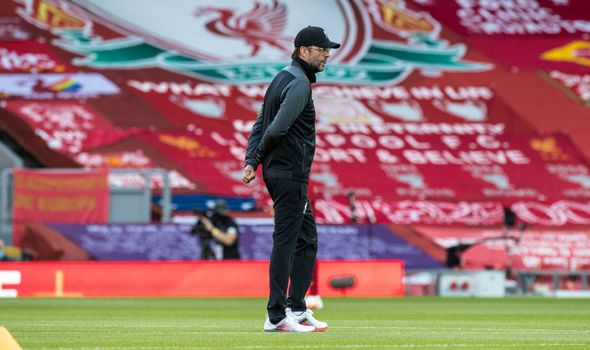 “The intensity and the fluency in our game we know as a team that it wasn’t there [during the Merseyside derby],” Alexander-Arnold acknowledged.

“The rhythm wasn’t there and we are not going to sit here as a team and blame it on not playing for so many weeks, but that is obviously a factor.

“But we showed tonight that we can get back into our rhythm and putting in a performance like this is something to be proud of. I think we’ve sent a bit of a statement – the quality of the performance behind closed doors is probably one of the best that people have ever seen.

“We spoke before the game that they [Palace] had won four on the bounce before and after the lockdown. They were in good form and we knew it was going to be difficult, but I think as a team we showed the quality that we’ve got and obviously with the subs coming on as well everyone involved, it’s hard to point out what went wrong.

“Maybe [we could have] scored a few more? Who knows, but we’ve got to be proud of what we did tonight and now focus on the next game.”