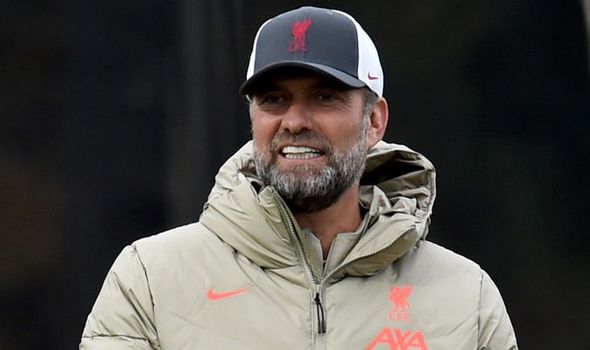 Liverpool resume their Premier League title tilt away at Brentford this evening (5.30pm kick-off) with Jurgen Klopp expected to make a handful of changes from last weekend’s victory over Crystal Palace at Anfield. The Reds are looking to at least keep pace with rivals Chelsea and Manchester United at the top of the Premier League table ahead of a crunch clash with Manchester City next week before the October international break.

Though back-up goalkeeper Caoimhin Kelleher was excellent in the midweek Carabao Cup win over Norwich, Alisson will undoubtedly return between the sticks here.

The Brazilian has conceded just once in five Premier League matches this season with their resilient rearguard key to the Reds being level on points with Chelsea and Manchester United at the summit.

Klopp said of Liverpool’s defensive record: “Ali in moments [has made a difference]. He makes brilliant saves.

“It’s not that nobody has had a shot on target against us. As a unit we have defended so far pretty well.”

Andy Robertson was an unused substitute in the victory over Palace last weekend but came off the bench at Norwich in the cup to play 24 minutes.

The Scot should return to the starting XI here, which would see Kostas Tsimikas drop to the bench, while Joel Matip is also in line to return as the second centre-back alongside Virgil van Dijk.

The Cameroonian has sat out of Liverpool’s last two matches having started the first four consecutive top-flight games of the season. Ibrahima Konate and Joe Gomez were at centre-back at Norwich with Van Dijk and Konate paired together against Palace.

Matip could play here to combat the threat of Ivan Toney and may then be rested once more against Porto in the Champions League on Tuesday to keep him fresh for Man City next weekend.

Trent Alexander-Arnold will complete the backline at right-back after James Milner played in his place at Palace due to illness.

Fabinho will return to the base of midfield after a midweek rest but Naby Keita’s knock against the Canaries, after scoring a stunning goal at home to Palace, is a blow.

Klopp said: “[It’s] Nothing really serious, but it keeps him out of the next game for sure – and maybe a little bit longer, we have to see.”

Captain Jordan Henderson should complete two-thirds of the same midfield trio that overcame the Eagles last weekend but Thiago Alcantara is another injured absentee.

Klopp explained: “It’s a muscle in the calf issue, so after the international break probably – I don’t think there’s anything earlier possible.”

Milner is a candidate to replace Thiago in midfield after overcoming illness himself but after an impressive showing in the League Cup, and with the veteran also likely in line to face City next weekend, Curtis Jones could feature from the off here instead.

Alex Oxlade-Chamberlain is another contender for a starting spot but he struggled at Norwich and is therefore likely to be an option from the bench instead.

Roberto Firmino has not featured since the draw with Chelsea on August 31 due to a hamstring problem but could replace Diogo Jota through the middle at Brentford after returning to training.

Sadio Mane and Mohamed Salah have both hit goalscoring milestones for the Reds in recent matches and will be keen to get among the goals again as they form a familiar front three alongside Firmino.

Takumi Minamino will meanwhile be hoping for minutes off the bench after scoring twice in the cup, with Klopp saying of the Japanese: “Taki is really an outstanding talent. It helped massively that he went to Southampton.

“He came back a completely different player. You can see that now. His finishes are really incredible, how he connects the game and drops at the right moment.

“He is a different package now and that was really helpful. Players need time and we just don’t give them often enough. He used that time so that is good.”