Timo Werner struggled to kick on where he left off as German football made its return, as RB Leipzig dropped two vital points at home to Freiburg. With over 20 shots on the board for the hosts, Leipzig only had themselves to blame as their Bundesliga title hopes suffered a major blow.

Leipzig huffed and puffed in front of goal, with Freiburg keen to pack men behind the ball to deny them any openings.

A number of snapshots and half-chances were squandered, with Werner the centre of frustration for 70 minutes.

He then tested Alexander Schwolow with a low drive across goal, a chance he would have buried earlier in the season.

Nonetheless, Leipzig found the leveller in the second half when Yussuf Poulsen headed home. 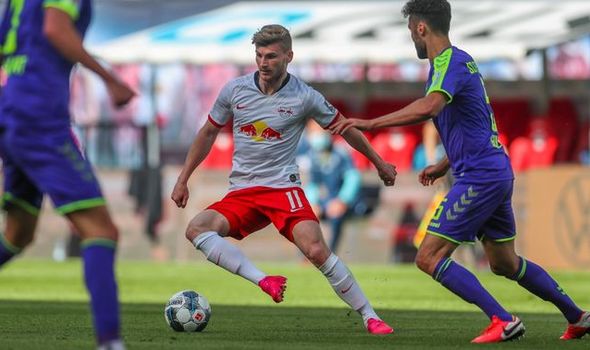 As Julian Nagelsmann’s team went in search of a winner, Werner found himself moving both wide and central in a desperate bid to find a way through.

Werner began to have a bit more joy once the leveller was notched, as more space opened up in the final third.

From Liverpool’s perspective, it’s a problem that has already been highlighted by Dietmar Hamann.

The former Liverpool midfielder has been watching Werner closely ever since he arrived on the Bundesliga scene with Stuttgart.

He recently warned the Reds that the 24-year-old may not be the best option for them this summer.

That’s because when most team play against Liverpool, they tend to defend deep.

It’s the exact approach that Freiburg carried out at Leipzig to neutralise Werner.

The forward is best when attacking space and running in behind, a style that used to be associated to Liverpool. 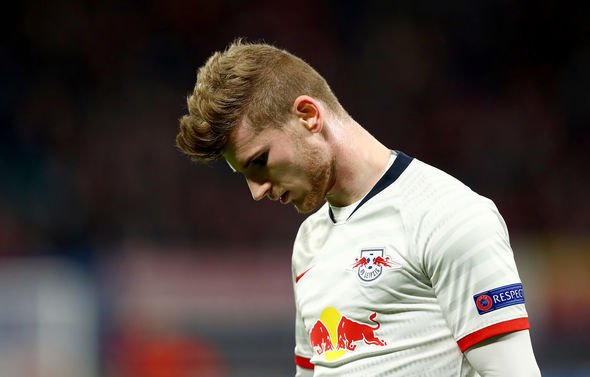 However now Jurgen Klopp’s side tend to dominate the ball and wait patiently for an opening.

Hamann’s warning, is worth taking into consideration though.

“His biggest asset by far is his pace and if I watch games now, even at Anfield, with Liverpool being so superior to most teams, most of them sit back and if you deny Werner space, he’s a lot less effective,” he told Sky Sports.

“If you look at his goal record for Leipzig, his goals this season has been outstanding, but they like to play on the counter-attack and they’re not really a possession team. I don’t think he’s got the trickery to play out wide as Mane and Salah have.

“I don’t think he is a wide player, I think he is best through the middle and I just don’t know where he should or would be.

“On the other hand, the Africa Cup of Nations – if it goes ahead – will be early next year so Mane and Salah might be away for four to six weeks and that’s probably one thing Liverpool have got in the back of their minds.

“I’m sure there are players out there who will help Liverpool more next season than Werner.”