All the latest Liverpool transfer news, rumours and gossip in the 2021 summer window.

Who have Liverpool been linked with?

Kylian Mbappe – Liverpool have a plan to land Mbappe on a free transfer next summer (Daily Express, August 16).

Fatawu Issahaku – The midfielder appears to have confirmed himself as the newest arrival at Liverpool on Instagram (Daily Star on Sunday).

Jeremy Doku – Liverpool are reportedly planning to launch a bid for Rennes and Belgium wonderkid Jeremy Doku (The Sun, August 13) 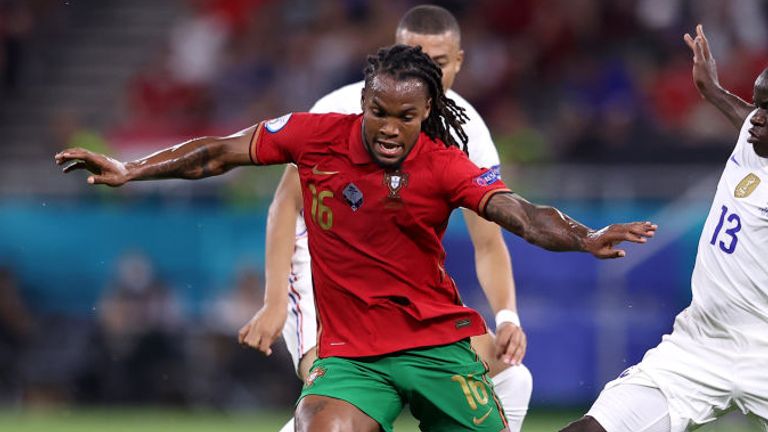 Various – Liverpool’s hopes of adding to their squad this summer ahead of the new season could rely on them selling two first-team players (Daily Express, August 9).

Guido Rodriguez – Liverpool are set to switch their attentions to Rodriguez this summer as they look to replace Georginio Wijnaldum (Daily Express, August 3). Florian Neuhaus – Liverpool are trying to offload some of their fringe players or face having to wait until next summer to land the Borussia Monchengladbach midfielder – one of Jurgen Klopp’s chief targets (Daily Mirror, July 30).

Saul Niguez – Reports claim that Liverpool’s opening bid was rejected but did suggest that the Atletico Madrid and Spain midfielder had ‘half a foot in Liverpool’. (Mundo Deportivo, July 11); Liverpool may include Xherdan Shaqiri or Divock Origi in a deal to sign the Atletico midfielder (Daily Express, July 15).

Federico Chiesa – Liverpool hold an interest in the 23-year-old but are not planning to take it any further as they consider him to be too expensive (Sky Sports, July 26); after a few weeks of a slow going in the transfer market, Liverpool are now going all out to sign Euro 2020-winning attacker Chiesa (Daily Express, July 26).

Franck Kessie – Liverpool are considering a move for the AC Milan midfielder, who will be out of contract next summer (Daily Mail, July 23).

The latest players linked with a Liverpool exit Xherdan Shaqiri – Ligue 1 side Lyon are in talks over a deal to sign Shaqiri but Lyon are offering just over £5m for the 29-year-old (Sky Sports, August 11); Liverpool are reportedly hoping to secure £12m for Xherdan Shaqiri after finally receiving an official bid for the Swiss midfielder (Daily Express, August 10); Liverpool are reportedly willing to let Shaqiri leave for nothing after the Switzerland international expressed his desire to leave the club (Daily Mirror, August 5); the Switzerland international’s future at Anfield could be decided this week amid interest from Sevilla, Villarreal, Lazio and Napoli (Sky Sports, July 27).

Alex Oxlade-Chamberlain – Southampton have launched an ambitious bid to re-sign the Liverpool midfielder – 10 years after selling him as a teenager (The Sun, August 9).

Kostas Tsimikas – Liverpool manager Jurgen Klopp has been personally responding to transfer enquiries for Tsimikas by insisting the Greek defender is not for sale (Daily Mirror, August 4); the Greece left-back could be on his way out of Liverpool after only a year, with Napoli reportedly in talks over a move (Daily Star, July 30).

Jordan Henderson – Arsenal have emerged as favourites to sign Henderson, should stalled contract talks with Liverpool end in him leaving the club as early as this summer (Daily Star, July 21); Talks between Liverpool and captain Henderson over a new contract have stalled, leading to speculation over his long-term future at the club (The Times, July 20). Nat Phillips – Bayer Leverkusen sounded out Phillips over a return to the Bundesliga. No bid has been received by Liverpool but we understand an interest was registered with the players agent. Brighton, Burnley, Newcastle and West Ham could also move for the 24-year-old (Sky Sports, July 21).

What should Liverpool do this summer?

Sky Sports pundit and former Liverpool captain Jamie Carragher says: “Liverpool will certainly improve, there is no doubt about that. As soon as you bring in three centre-backs who are already at the club, that will improve them massively.

“But we keep talking about centre-backs, Graeme [Souness] mentioned Van Dijk, the bigger problem for me is at the other end of the pitch. Liverpool have not had injuries there.

“More often than not, it is the same front three with Diogo Jota coming in. He is the only one of the front three that has been injured out of the attacking players.

“That is the bigger worry because I am sure that the defensive frailties that we have seen at times this season will be rectified by players coming back and Liverpool signing a player in the summer in that position.”

Andy Robertson and Mohamed Salah – Liverpool will hope to tie down two more of their biggest names after Fabinho joined Trent Alexander-Arnold in signing a new deal (Daily Mirror).

Fabinho – The midfielder has signed a five-year contract extension with Liverpool.

Virgil van Dijk – The defender has extended his contract with the club until the summer of 2025.