Liverpool have reportedly been put off a move to sign Thiago Alcantara due to Bayern Munich’s asking price but a European rival are ready to swoop in to complete a deal. The Reds have already made it clear that the financial repercussions from the coronavirus pandemic have meant Jurgen Klopp will not have big money to spend this summer.

They have already missed out on top transfer target Timo Werner after refusing to pay his release clause.

But despite the suggestion Liverpool will have limited funds, they have been the club most strongly linked with a move to sign Thiago.

Bayern have confirmed the Spain international will be sold this summer after negotiations over a new contract broke down.

There have been conflicting reports about Liverpool’s supposed interest, with the majority of the rumours emanating from Germany. 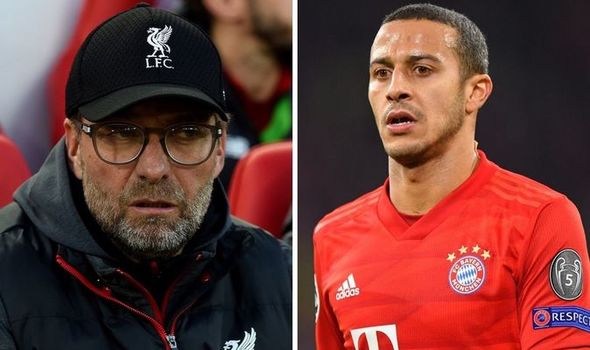 Thiago is said to favour a move to Anfield above anywhere else.

Despite just one year remaining on Thiago’s contract, Bayern are demanding a reported £27million fee.

That is seemingly out of Liverpool’s price range and the report states Paris Saint-Germain could be set to swoop in.

Clubs are dealing with a reduced summer break following the conclusion of the domestic leagues, meaning most will want to get their business done early.

And PSG have seemingly identified Thiago as a transfer they want to get over the line quickly.

The Ligue 1 giants aren’t short of options in midfield with the likes of Idrissa Gueye, Leandro Paredes, Marco Verratti, Andre Herrera and Julian Draxler all battling for places in Thomas Tuchel’s side.

Jurgen Klopp has the same situation at Liverpool, with even more squad depth in midfield. 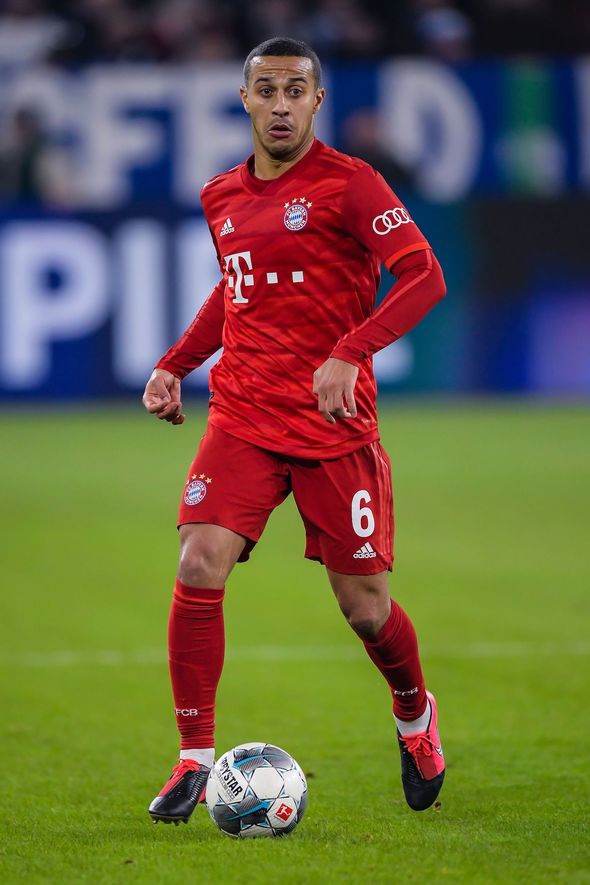 But there remains a question mark over Georginio Wijnaldum’s future at Anfield.

The Netherlands international has just one year left on his contract with no progress as of yet on a new deal.

Wijnaldum has established himself as a fan-favourite among Liverpool fans and was Klopp’s most-used midfielder last season.