Since the arrival of Jurgen Klopp, Liverpool have developed a ruthless streak in the transfer market, identifying targets early and pulling the trigger before their rivals can catch a glimpse of an opportunity to compete.

After strolling to a first-ever Premier League title, the champions had their transfer window wrapped up just a week into the new season, with £41million signing Diogo Jota proving an instant success.

Meanwhile, the Reds had already secured the services of Thiago Alcantara in one of the signings of the summer, while Konstantinos Tsimikas was brought in to provide competition at left-back.

Just four months later, there is a very different feel at Anfield. Amid a genuine injury crisis, Liverpool rushed to complete two deadline day deals in the shape of Ben Davies from Preston and Ozan Kabak from Schalke.

Davies, 25, was brought in on a £2million permanent deal after signing a long-term contract, while Kabak, just 20 years old, signed a six-month loan deal with an £18m option to buy come the summer.

There was also a surprising outgoing at Liverpool, with Takumi Minamino heading off to Southampton to see out the season on loan. 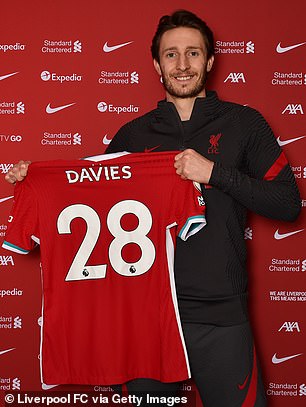 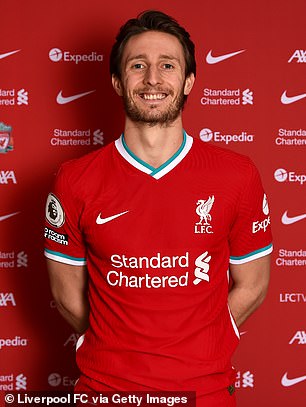 Ben Davies, 25, joined Liverpool in a £2m deadline day move with Joel Matip out for the season 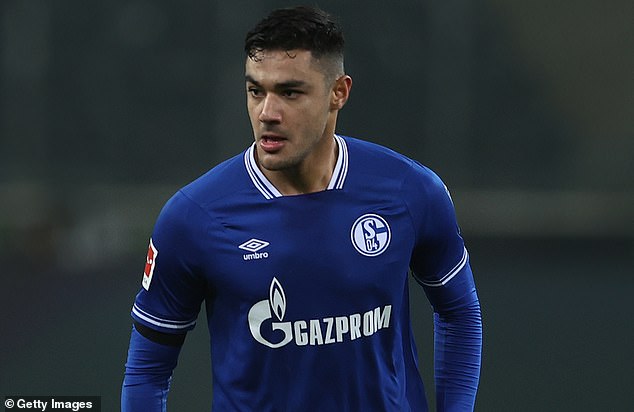 Fellow signing Ozan Kabak, 20, joins on a six-month loan with an option to buy for £18m

Liverpool suffered a slight blip after a strong start to the season, going five league matches without a win following their 7-0 destruction of Crystal Palace in December.

They are now back to winning ways, however, after a pair of impressive 3-1 away wins over London duo Tottenham and West Ham. They now sit in third place, four points behind Manchester City in the race for the title – though their rivals do possess a game in hand.

Yet, with Virgil van Dijk, Joe Gomez and Matip facing significant spells on the sidelines, they are going to need their new recruits to hit the ground running should they look to compete with a City side in stunning form.

With that in mind, Sportsmail is here to analyse each of Liverpool’s incomings – and outgoings – before having a look at how they could line-up moving forward.

We start with Ben Davies, who was Liverpool’s sole permanent signing of the window.

The centre-back is vastly experienced in English football, having made 129 appearances in the Championship and over 250 in club football, including 19 this season with a Preston side sat 11th in the table.

Standing at 6ft 1in, Davies has developed a reputation in the Championship for his wand of a left-foot, which he regularly utilised when carrying the ball out of defence before quickly beginning counter attacks. 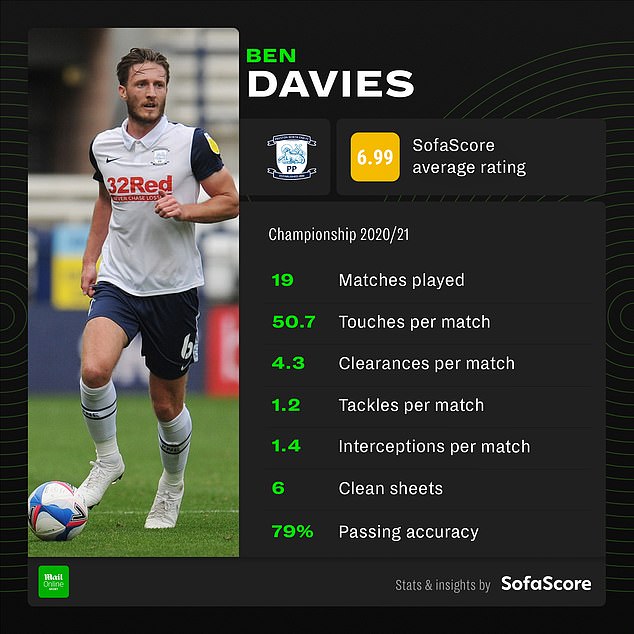 It’s certainly a quality that will appeal to Klopp, who says he has been ‘wowed’ by the defender, insisting he ‘loves’ the way he plays.

Perhaps most problematic for Davies is his pace, or lack of, and without experience in England’s top-flight, the 25-year-old could find it difficult to adjust.

Even with injuries, it’s likely Davies will be placed fairly low down in the pecking order, with Fabinho, Rhys Williams, Nathaniel Philips and possibly Kabak all ahead. 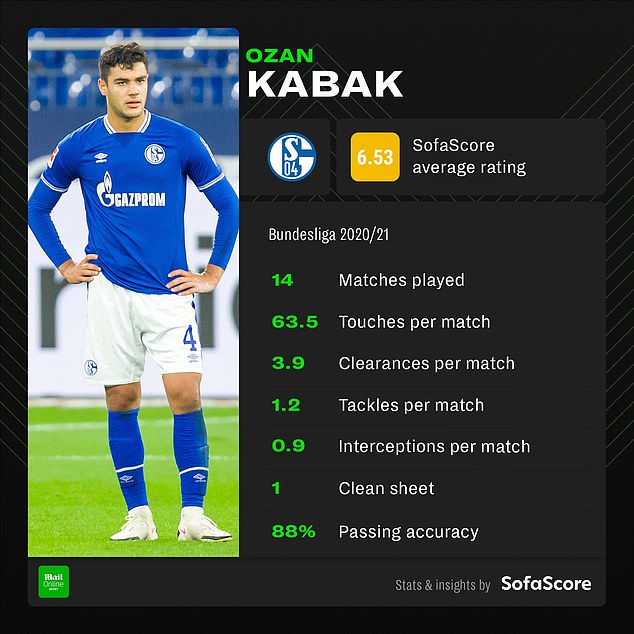 Kabak is a really intriguing signing for Liverpool. At just 20-years-old, the defender already has a rising reputation, having made seven international appearances for Turkey.

Klopp has revealed he was impressed by the ‘proper personality’ of the defender, who received a glowing report from former Schalke boss David Wagner, who described the youngster as a ‘future captain’.

Perhaps most worrying for Klopp and Liverpool is the form of his parent club Schalke, who are currently rock bottom of the Bundesliga with the worst defensive record in the league.

Klopp has, in fact, already commented on this, insisting Kabak needs to be playing in a ‘stable team’ to shine.

It’s a deal that makes sense for Liverpool, with an option – not obligation – to buy for £18million at the end of the season. It’s low risk, and he could just become a star. 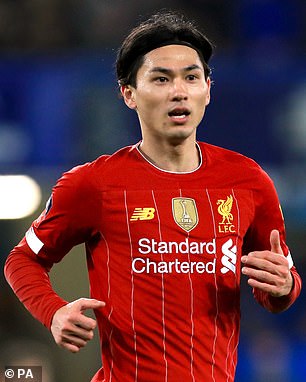 Minamino is set to receive more opportunities at Southampton

The departure of Takumi Minamino was certainly one not many were expecting, particularly with a lack of attacking cover for Liverpool’s dynamic trio.

With Jota sidelined through injury, Liverpool have relied on Minamino, Divock Origi and Xherdan Shaqiri in reserve, though they have mustered just one league goal between them this season.

It’s fair to say Minamino has failed to live up to expectation since his £7.25m arrival from Red Bull Salzburg in January last year, despite showing glimpses of promise.

The forward has been handed just four league starts across two seasons and scored only one goal. However, in Southampton, the 26-year-old will be granted more opportunity to showcase his talents.

The Saints are playing some phenomenal football under Ralph Hasenhuttl, and if Minamino can contribute against any of Liverpool’s Premier League rivals, he’ll have done his job.

It’s a good move for both parties, you feel.

It’s also worth noting there were loan departures for youth team players Sepp van den Berg, Liam Millar and Adam Lewis, the first of which went to Preston, with Davies coming the other way.

Meanwhile, 21-year-old forward Liam Millar completed a loan move to Charlton, while left-back Adam Lewis, 21, joined Plymouth until the end of the season.

How Liverpool may line up against Manchester City

Of course, Liverpool’s next game comes against Brighton at Anfield on Wednesday night.

However, neither Kabak or Davies will be involved having signed after the Premier League registration deadline.

It’s perhaps more pertinent, therefore, to look at who Klopp may start against Manchester City, in what is arguably their biggest game of the season to date.

Despite the magnitude of the match, Klopp could hand Kabak the most difficult of debuts, allowing Jordan Henderson to get back into midfield.

The England midfielder will likely play at the heart of defence against Brighton, but a central midfield role – with a natural defender in Kabak at the back – could prove crucial. 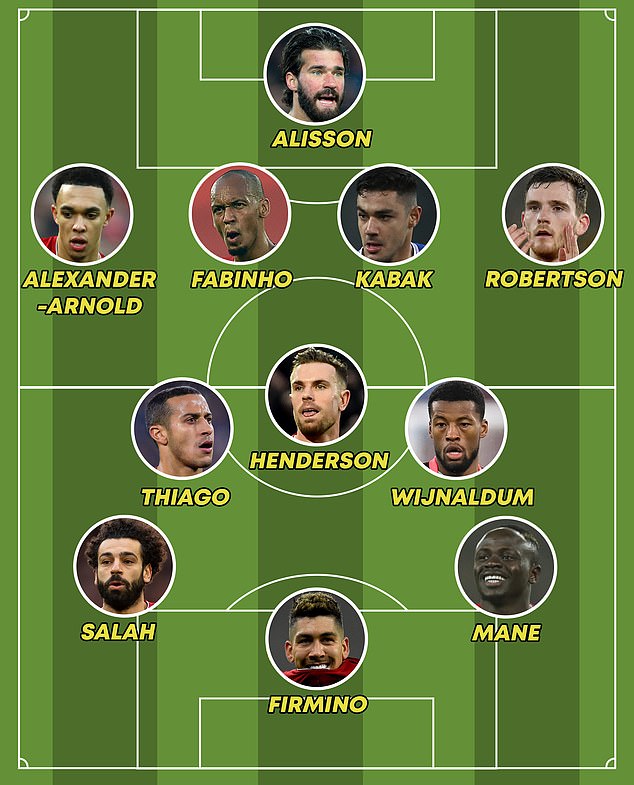