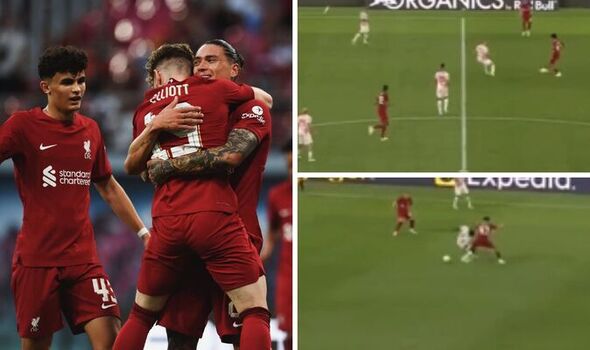 Four-goal hero Darwin Nunez may have stolen the headlines but there was another groundbreaking positive for Jurgen Klopp in Liverpool’s 5-0 demolition of RB Leipzig in Germany on Thursday. Stefan Bajcetic may have only played the final 30 minutes of the contest but boy did he make his second-half cameo count.

The Spanish national only joined the Reds in February 2021 from Celta Vigo but he is already making quite the impression behind the scenes at Kirkby.

Bajcetic is a naturally versatile defensive-minded player, capable of playing as both a No 6 and centre-back and the majority of Liverpool fans were blissfully unaware of his existence prior to the club’s pre-season schedule.

Yet after catching the eye of Klopp and his assistant Pep Lijnders, Bajcetic has found himself rubbing shoulders with the first team squad during preparation for the 2022/23 campaign – a chance that he has more than merited.

Last season finished on a sour note for the highly-rated 18-year-old, who was sidelined through injury for the final weeks of the campaign.

He made his return in Bangkok against Manchester United before also featuring against Crystal Palace in Singapore.

Yet it was his glowing performance against Leipzig that really justified his involvement within Klopp’s pre-season plans, as he delivered a real statement to his onlooking manager.

Bajcetic played in the Fabinho role and looked mature beyond his years. He was always showing for the ball and was brushing it around the field like Thiago Alcantara.

His class was evident whenever he was in possession and for a young man who was still featuring for the club’s U18 side last season, he showed exactly why Liverpool moved to sign him from Celta.

He was even pressing high for the Reds’ third goal afternoon when he robbed an opponent of the ball before playing in Harvey Elliott.

The Liverpool attacker then squared to Nunez, who slotted home for his hat-trick before later grabbing a fourth goal.

For Bajcetic, this was not just a routine outing where he was there to make up the numbers.

This was an afternoon when he was ready to show Klopp exactly what he is all about and furthermore, that he’s capable of stepping up when required this season. 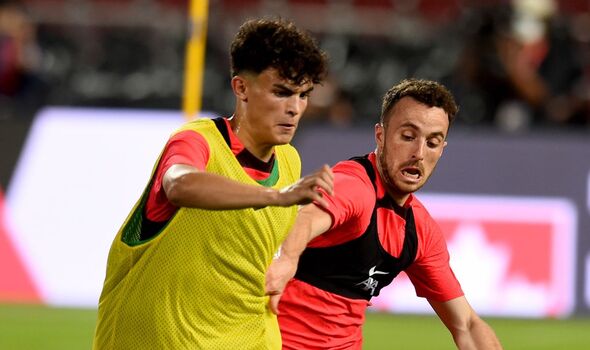 Playing the No 6 role is an art within itself but executing it to such a high level speaks volumes about his star potential.

He was always checking his shoulder before receiving the ball, a quality that is essential for all top-class midfield players.

Yet to be doing it from such a young age, shows why he is so highly thought of by Klopp, his staff and the academy coaches at Liverpool.

Bajcetic is beginning to look like the next top prospect off Liverpool’s conveyor belt of talent. Watch out for him this season…