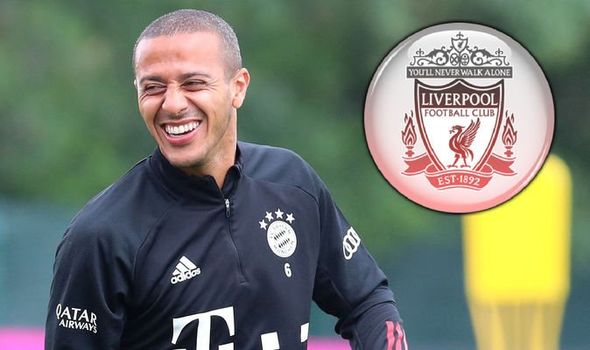 Liverpool manager Jurgen Klopp must push to sign Thiago Alcantara because the Reds’ title-winning squad needs a fresh injection of quality to “keep everyone on their toes”. That’s the verdict of former Liverpool midfielder Jamie Redknapp, who thinks Klopp should take a leaf out of ex-Manchester United boss Sir Alex Ferguson’s book.

Thiago, who played in Spain’s Nations League draw with Germany on Thursday night, is thought to be keen on the idea of linking up with the Premier League champions.

And Klopp too would like to be able to call upon the Spaniard’s services in midfield, with Thiago having been an integral part of Bayern Munich’s Bundesliga dominance over the past seven years.

Thiago has lifted the title in all seven of those seasons and also helped the Bavarians to win the Champions League last month.

But as he looks to embark on a new adventure, Liverpool have yet to make a real move to sign the 29-year-old amid ongoing uncertainty around Gini Wijnaldum’s future.

The Barcelona-linked Dutchman could be the subject of a bid from the Spanish giants soon with his contract on Merseyside expiring in 2021. 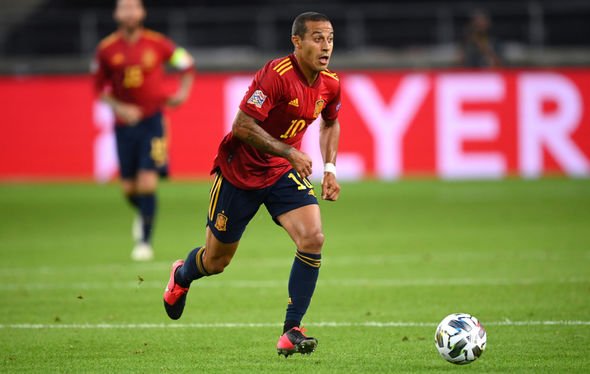 And it has been suggested that Liverpool must sell players in order to raise funds for transfers, despite the financial health of the club.

Yet Redknapp insists that Thiago would help to keep competition within the squad high with Liverpool having made very few major signings over the past two years, bar the January addition of Takumi Minamino and the arrival of back-up left-back Kostas Tsimikas last month.

The 47-year-old, captain of Liverpool between 1999 and 2002, thinks that building the squad from a position of strength is exactly what Ferguson – who won 13 league titles in 26 years at United – did at Old Trafford.

“Graeme Souness always talks about Liverpool’s dominance in the ’80s. The first thing they would do after winning the league would be to sign one or two players just to freshen things up and keep everyone on their toes,” Redknapp told Sky Sports.

“Sir Alex Ferguson certainly did that [at United] as well. I wouldn’t necessarily say Liverpool have to go all in for Thiago, you’ve got to be careful in the transfer market.

“But Thiago would be a really good signing for Liverpool, and one who could give everybody a bit of a lift and make sure everybody knows there will be no resting on their laurels ahead of next season.”

He explained: “That demand of the same squad, the same players, the same messages, the same relationships, the same jokes for two or three years – just something slightly different in the dressing room, that addition, just sometimes can become a little bit draining.

“And I think the idea of Thiago coming for Liverpool is a big moment, because I think it deals with all those issues that can occur after two or three seasons.”

Assessing United’s lack of business so far this summer, Neville also added: “If Liverpool get Thiago, if Manchester City do what they are looking like they are going to do and with Chelsea doing what they’ve done, they are your competitors and they all look like they are improving and moving forward.

“So, United have to do business but I do believe more in the strategy of what’s happening, they just have to get the deals over the line.

“That’s not always easy but they have to try and do it quickly to give Ole the time to build to get this team moulded for the start of the season.” 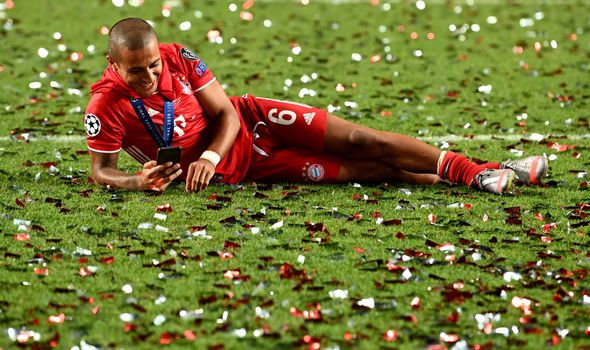 Bayern boss Hansi Flick admitted this week that he assumes former Barcelona ace Thiago will leave the Allianz Arena this summer and that “his decision has been made”.

Yet Klopp said last month when asked about a move for the midfielder: “There are a lot of interesting players out there but if someone is interesting for us I can’t say right now.

“We always have to pay attention to the financial aspect. We don’t know how much money will come in.

“Nobody knows but it seems like some other teams have a more positive outlook on the future… if you look at Chelsea for example [laughs].

“But I am very happy with my team right now. If something transfer related will happen we have to see.”

Newcastle's takeover died over failure to answer one easy question