Liverpool will NOT splash out on a defender and midfielder with Jurgen Klopp ready to keep faith in youngsters Neco Williams and Curtis Jones, insists assistant Pep Lijnders

Liverpool will not dip into the transfer market to strengthen their right flank because Jurgen Klopp has confidence in young starlets Neco Williams and Curtis Jones to deliver.

Klopp’s right-hand man, assistant coach Pepijn Lijnders, has made a public show of confidence in the teenagers, as the Reds prepare to face Arsenal in the Carabao Cup fourth round at Anfield.

Liverpool have strengthened their title-winning team this summer, with the addition of Diogo Jota and Thiago Alcantara to add firepower and creativity, and Kostas Tsimikas to give cover for Andy Robertson at left back – but notably they have not invested down the right. 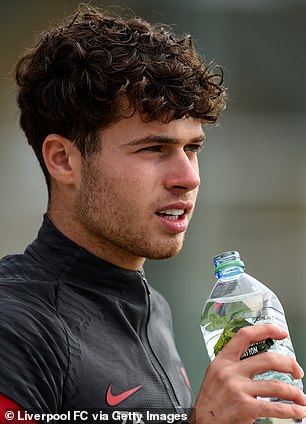 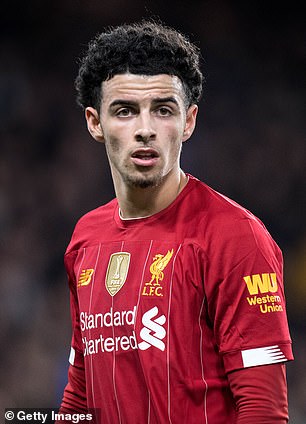 Young starlets Neco Williams (left) and Curtis Jones are being backed by manager Jurgen Klopp, who will not sign either a right back or right midfielder that would block their progress

Williams, 19, from Wrexham, and Jones, also 19 and from Liverpool, are both expected to play against the Gunners in a much-changed team to the one that won 3-1 in the corresponding Premier League fixture on Monday.

‘We trust the young players in good periods and bad periods, we know exactly what we can expect from every single one of them,’ said Lijnders.

‘In the difficult times we show faith and give chances again and that’s what happens when you commit to our team and our staff.’ 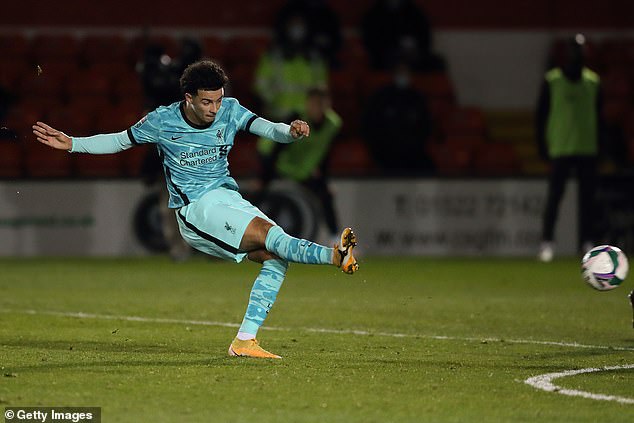 Williams, who is an understudy to Trent Alexander-Arnold, joined the Liverpool academy aged six and broke into the first team last season. He has made 13 appearances and won two caps for Wales in his short career.

However, the youngster endured a difficult evening in the last round of the Carabao Cup when he was heavily criticised on Twitter for his performance in the 7-2 win away to Lincoln City.

‘The most important thing in difficult times when people say things that are not right – or not in the right context – is they (players) need to feel the full faith,’ said Lijnders.

After the game, the right back was given support by Alexander-Arnold, Virgil van Dijk and Robertson, who reminded him of the progress he has made. Lijnders’ comments can be seen as a show of club unity and support for one of their young talents. 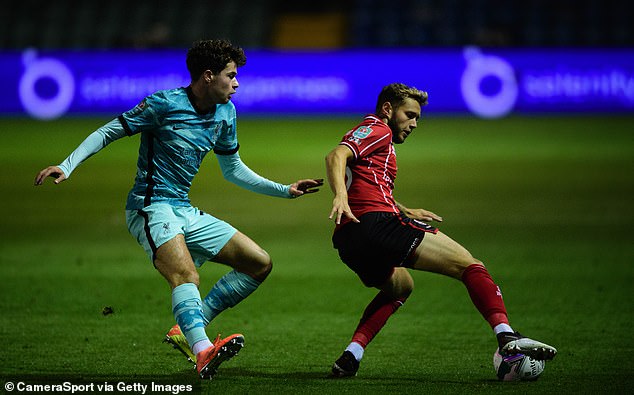 Jones, who has been at the club since the age of nine, slots in on the right side of Liverpool’s midfield three. He has 16 senior appearances to his name and five goals, including one spectacular, curling strike that knocked rivals Everton out of the FA Cup in January.

Lijnders confirmed Jordan Henderson, Joel Matip and Tsimikas will not feature in Thursday night’s game after failing to overcome their injuries in time. Summer signing Thiago will also be absent after testing positive for coronavirus.

Iceland goalkeeper Alex Runarsson may be in line for his debut, while Arsenal’s own young guns Joe Willock, Reiss Nelson and Bukayo Saka, plus Nicolas Pepe, are all expected to feature.