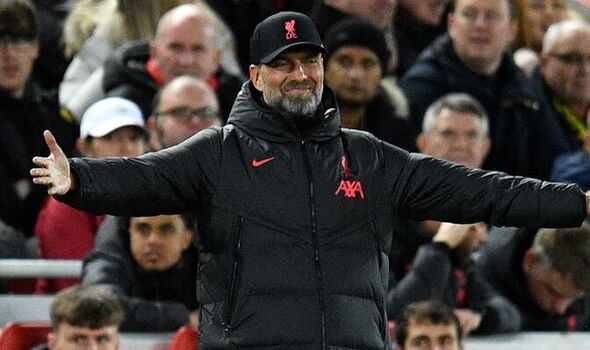 Liverpool hero Jamie Carragher fears that Jurgen Klopp’s transfer hopes will be directly impacted for the next two windows following news that Julian Ward is set to step down as sporting director. The Reds were already undergoing a restructure behind the scenes last season when Michael Edwards left his role.

The former Liverpool chief had helped oversee the club’s huge success in the transfer market in the early years of Klopp’s reign. Ward ended up stepping in as a de facto sporting director for most of last year, overseeing the move for Luis Diaz in January.

He also led negotiations for Darwin Nunez’s transfer as well as Mohamed Salah’s contract extension. But it was announced on Thursday in a surprise turn of events that Ward would be stepping down as the club’s sporting director at the end of the season.

Liverpool have reportedly been left shocked by Ward’s decision having just taken up the role on a permanent basis this past summer. It’s the latest high-profile departure in Liverpool’s hierarchy following Mike Gordon and doctor Jim Moxon also stepping away.

But Carragher believes Ward’s exit will have the biggest immediate impact on Klopp’s transfer hopes. “It’s not ideal because I think when you’re talking about recruiting players, a person in that role is heavily involved not just for right now, maybe the January transfer window, you’re talking about the summer as well,” he told Sky Sports.

They’ve stated that they’re in no rush to sell and are willing to wait for the right offer. But others in high-profile positions at Liverpool aren’t willing to wait around it seems and their exits have now put the club in a difficult position moving forward.

Replacing Ward will arguably be the most urgent position Liverpool need to fill heading into next year. But while Carragher expects an arduous process in finding the right person, he believes Liverpool will get who they want.

He added: “There seems to be a lot of upheaval behind the scenes in terms of the ownership, Michael Edwards has moved on, Julian Ward came in to replace him, and now he’s gone as well. I don’t think it would be easy to get someone straight away and if it is unexpected for Liverpool and it has come as a shock, I’m sure they’re not prepared for something like that right now.

“But, someone will fill that role and hopefully they have as much success in that role as Julian Ward and Michael Edwards have had in the past.”