Roberto Firmino has come under intense scrutiny at times this season.

Liverpool’s number nine has experienced a challenging season in front of goal, unable to match his impressive numbers of recent campaigns.

The same could be said for teammate Sadio Mane, with Mohamed Salah the only one of the Reds’ front three to maintain his ruthless streak.

Salah recently surpassed the 30-goal mark in all competitions, meanwhile both Firmino and Mane are yet to reach double figures in the Premier League.

Despite the pair both struggling for form, it has often been Firmino that has bore the brunt of criticism and faced calls to be removed from the starting-eleven. 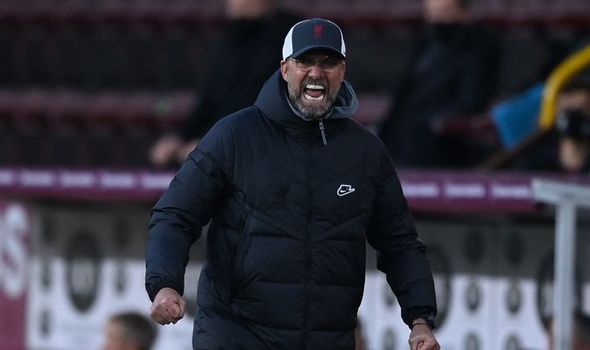 Attempting to explain his drop-off in performance levels is no easy task, though Jurgen Klopp did his best to make sense of the situation.

“It [Firmino’s form] is a mixture of the season, 100 per cent, but as well, when the boys up front don’t score as often as we’re used to then that doesn’t help,” said the Reds’ boss.

“But anyway, we are not in dreamland, so you can go through these periods. But, of course, it is temporary and not forever. There is no doubt about that.

“Bobby is not old or tired or lost everything, not at all. We see everything in training, but we need to make sure we bring that more often on the pitch. That is not only for Bobby either, but you asked about him. That is a general thing for us.”

The summer arrival of Diogo Jota only increased pressure on the former Hoffenheim forward to deliver in front of goal, with the Portuguese attacker enjoying a blistering start to life at Liverpool.

Tipped as Firmino’s long-term successor, Jota has provided evidence that he can be the man to break up the Reds’ fabled front three but the Brazilian has issued a reminder that he still has a part to play for Liverpool.

His brace against Manchester United one week ago helped Klopp’s side to a vital three points in their quest for a top-four finish, ending a personal 15-game goalless run in the process.

And Firmino got in on the act again against Burnley on Wednesday evening, helping the Reds move into a Champions League place.

But this is not the first time the 29-year-old has saved the club’s hopes of securing a place in Europe’s elite competition.

Liverpool faced a similar battle for the top four in the 2016/17 campaign, a race that went down to the final day of the season.

It was a nervy end to proceedings that required players to step-up and take responsibility.

That is exactly what Firmino did courtesy of winning strikes away to Stoke City and West Bromwich Albion in back-to-back fixtures in April.

Four seasons on and the versatile marksman has again delivered when it matters most.