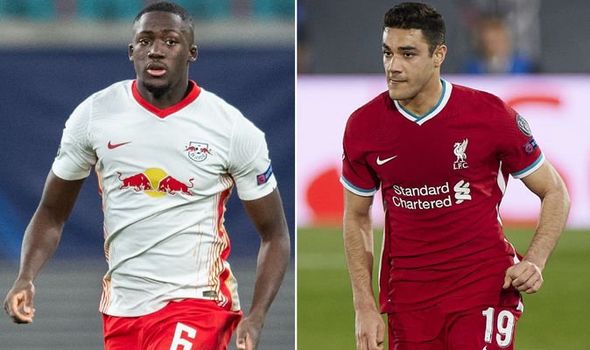 Liverpool are set to sign Ibrahima Konate from RB Leipzig according to reports, and will exercise the 21-year-old French defender’s £30.5million release clause in the coming weeks. The Reds have fought off stiff competition from across Europe to agree a five-year contract with the highly-rated France youth international.

Jurgen Klopp is thought to have tracked the defender for some time with Chelsea and Manchester United among the other admirers in Konate, who has made 92 appearances for Bundesliga side Leipzig since his 2017 debut.

But while Konate’s arrival at Liverpool will be welcome news to supporters with their back-line having been depleted by injuries in the underwhelming current campaign, which will end trophyless and perhaps even without Champions League qualification, it’s not good news for everyone.

Express Sport looks at five Liverpool players who may feel the negative side of Konate’s arrival – though the Frenchman has endured regular injury issues in Germany which may mean he’s not always available for Klopp.

The forgotten man. Davies made a surprise £1.6million switch from Preston North End in January but he’s not spent a single minute of competitive action on the pitch, even with Liverpool down to the barebones defensively.

Klopp said in mid-March: “Ben is a really good player but he has to get used to all this stuff here as well, that’s how it is. It will take as long as it takes.” 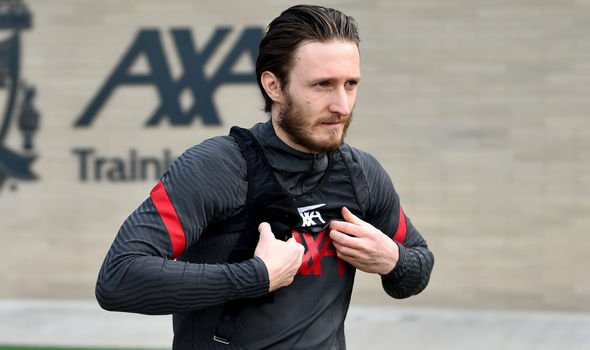 Yet given he’s only made the match-day squad four times in 11 Premier League matches since he joined, it’s fair to assume Davies could end up leaving Liverpool this summer without having made a single appearance.

The 25-year-old can still be turned over for a profit – albeit probably only a minimal one – and he was attracting interest for Celtic before he moved to Merseyside, which could be revisited depending on who their new manager is.

From almost joining Swansea last season, Phillips has enjoyed a remarkable season at Liverpool and has surely performed well enough to prove he can play for a low-level Premier League team or a high-level Championship side.

It’s easy to imagine the no-nonsense defender playing for a Burnley, for example, such is his sheer bloodymindedness when the ball comes his way in the air.

The 24-year-old has racked up 15 Premier League and Champions League appearances this season and while on the ball he is not the most accomplished, and his positioning has sometimes been called into question, his determination, bravery and incredible ability in aerial duels has seen him deputise well.

But with Van Dijk, Gomez, Joel Matip and now Konate and maybe Ozan Kabak too all set to be ahead of him, Phillips’ Liverpool adventure may be over given at his age he’ll be keen for regular game time. 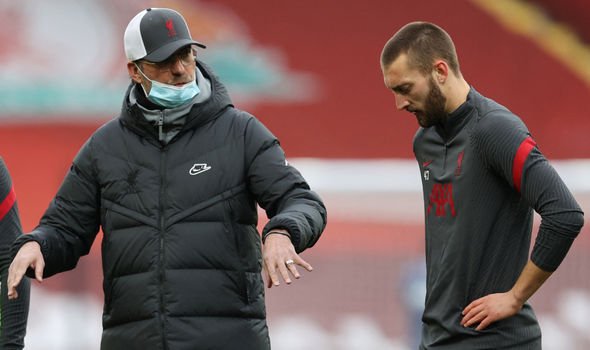 If he is willing to settle for being fifth choice, though, the Reds will surely happily keep him on.

Were it not for injuries, Matip would comfortably one of the finest centre-halves in the Premier League and all of Europe.

The 29-year-old proved that with his run in the team in the second half of the Champions League-winning 2018-19 season – but he has only made 25 appearances across all competitions since facing Tottenham in Madrid.

He played 31 times alone that season and since hasn’t started three straight Premier League games since September 2019 due to consistent niggles.

Matip is under contract until 2024 but with Konate another high-level rival for his position alongside Van Dijk and Gomez, the Cameroonian will do well to repeat the run of 13 straight league starts he enjoyed between January and April 2019.

Transfermarkt valued Matip at £22.5million and if a club came in with a bid near £20m, purely because of his unreliable availability, you’d think Liverpool would sell, despite his obvious quality. 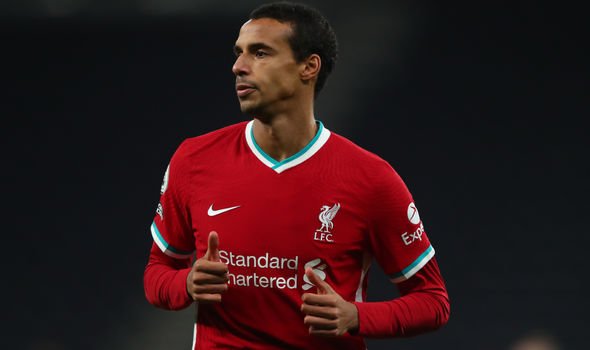 Perhaps the player who will feel most hard done by when Konate moves to Liverpool, Kabak has enjoyed a strong few months in England considering the circumstances.

Arriving in a new country amidst the Covid crisis and in the middle of the season to play for an out-of-sorts Liverpool team missing several of their best players, and at only 21 years of age, Kabak has coped admirably. The fact he joined from bottom-of-the-Bundesliga Schalke does not represent his ability at all.

The on-loan Turkish international has produced some solid performances, solid in the air and on the ball, which indicate he has the ceiling to grow into a centre-half capable of regularly starting for Liverpool.

He would not be a consistent starter were he to stay next season and there have been plenty of reports that Liverpool only want to sign one new central defender this summer. Although Kabak can be signed for £18m due to the loan deal agreed in the winter, it looks like that one singular signing might be Konate instead.

It will be a difficult conversation for Klopp to have with Kabak if he’s not going to be brought to Liverpool full time. The Turk’s prospects of a permanent move perhaps rely on whether or not Matip stays. 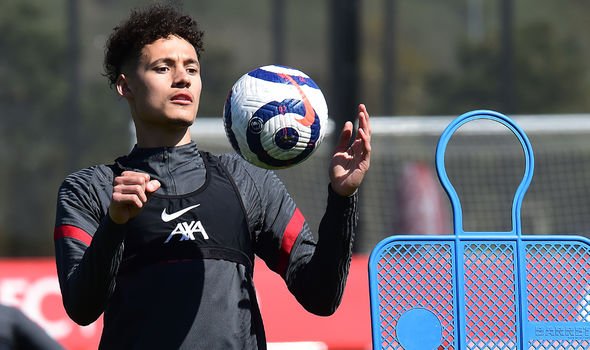 Academy graduate Williams has been handed 14 appearances for Liverpool this season, including six Premier League and Champions League starts.

Yet while he is still just 20 years old, it is clear the player – on loan at non-league Kidderminster Harriers – needs time to develop away from Anfield.

Klopp has spoken highly of the towering Williams but despite a solid showing against Tottenham back in mid-December, has looked shaky and understandably inexperienced in other outings.

Konate’s arrival is likely not just to hurt his short-term prospects, although a loan move is surely needed for both player and club, but also possibly his long-term chances at Liverpool.

The Frenchman after all is only 21 while Gomez is still just 23 and Van Dijk only 29, meaning Williams faces huge competition and will need to improve considerably over the next couple of seasons to become a contender for regular minutes.

MARTIN SAMUEL: No club should be promoted or relegated if incomplete