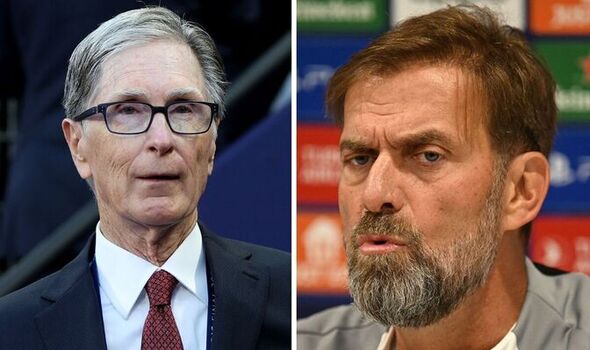 Liverpool’s position within the upper echelons of European football appears to be on the brink following news of two more impending exits with Jurgen Klopp left to pick up the pieces. The 2022/23 season has already been a campaign to forget for the Liverpool boss with the team’s on-field performances.

But that has since been overshadowed by the break up of Liverpool’s off-field departments. Chelsea’s multi-billion takeover appears to have sparked Fenway Sports Group’s interest in testing the market for themselves and to see whether they can make an eye-watering profit on the £300million they paid to take ownership of the club 12 years ago.

Klopp’s agent brushed off any concerns of Liverpool’s sale impacting the future of the German coach at Anfield. And the Liverpool boss has reiterated that he remains committed to the club having only recently signed a contract extension keeping him at the club until 2026.

But those comments are constantly being put to the test with Liverpool seemingly being ripped apart from the outside in. FSG’s open stance on putting the club up for sale has seemingly acted as the beginning of the end of an era already with several club officials leaving over the past 12 months.

The much-heralded sporting director Michael Edwards was the first to jump ship, but Julian Ward made a seamless transition into the role ahead of the summer. There were some questions being asked in the summer when club doctor Jim Moxon left his role just days before the new season kicked off and Liverpool are yet to bring in a permanent replacement.

Liverpool’s injury woes this campaign have only added to the concerns around that position not being filled. But it was FSG’s announcement earlier this month that has seemingly kickstarted the real issues at hand at Anfield.

Klopp’s right-hand man, Mike Gordon, has quit his role as Liverpool director to oversee the potential sale of the club. And now it’s been reported on the same day that both Ward and Ian Graham, Liverpool’s director of research, will leave at the end of the season.

The major shake-up behind the scenes on Merseyside leaves Klopp in a lonely position at Anfield now. Throughout Klopp’s successful tenure in the north west, Klopp has spoken highly of the team around him and both Gordon and Edwards helped form the holy trinity.

Now it’s set to be a one-man mission with Klopp taking on full responsibilities and questions will be asked on whether he’s prepared to do that. Success on the pitch when the season resumes may help paper over the cracks at Liverpool.

But Klopp will be under no illusion of the scale of the task he now faces at a club that is losing key staff every week it seems.

Manchester United vs Watford prediction: How will FA Cup tie play out tonight?